There’s no doubt that it is a busy time if you are traveling to Disney World. 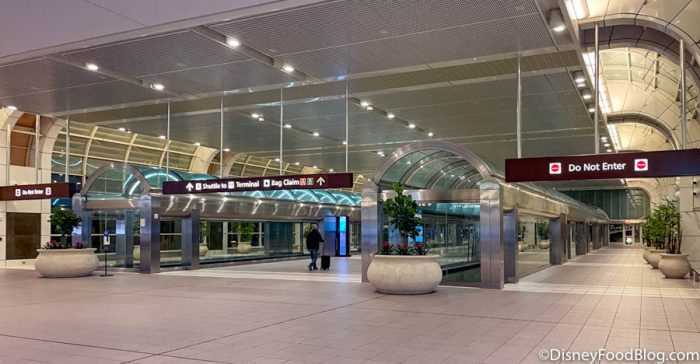 While we’ve seen Disney World pretty crowded this week with all four parks at capacity, it wasn’t totally what we expected. And, if you find yourself flying to Disney World in the next few weeks, you can expect the airports to be fairly busy as well.

According to CNBC, TSA officers screened 1,357,111 people at airports on March 12th. This marks the highest number of passengers on a single day since March 15th, 2020. Although this number is not limited to Orlando International Airport, the airport recently said that they expect a 45% increase in spring break travel from last year.

Air travel hit a low point on April 14, 2020 with only 87,500 passengers going through TSA checkpoints. Travel in 2020 was down about 60% more than the previous year, according to the TSA. The TSA screens passengers in 440 United States airports.

So if you are traveling to Disney World, or anywhere else in the U.S., the airports may be busier than you’ve seen them in a while. We’ll keep you updated on the latest travel news that could affect your Disney World vacation.

Are you traveling during the Spring Break season? Let us know in the comments!

« Disneyland Resort Thanks Guests One Year After Closing
REVIEW: Did We Just Find the Most Instagrammable Cake in ALL of Disney World? »