Spring break has arrived, friends! If you’re packing your bags and heading to Disney World next week, you may already be well aware that spring break can draw some significant crowds to the four theme parks.

Orlando International Airport is expecting heavy travel this spring break season, which could mean that Disney World will be the busiest it has been since the holidays! We have all of the latest information regarding next week’s park hours as well as the current (lack of) Disney Park Pass Reservation availability.

Magic Kingdom will be open next week from 8AM-9PM daily, with Park Hopping allowed after 2PM each day.

EPCOT park hours for the week of March 14th © Disney

Disney’s Hollywood Studios will be open next week from 9AM-8PM daily, with Park Hopping available after 2PM.

This is the first week in some time where each of the four theme parks has the same hours every day of the week. This signals to us that Disney could be anticipating weekend-level crowds every day next week, so you’ll definitely want to be prepared for those crowds no matter which park you visit on which day. And remember, you will not be able to hop to a new park if that park is at capacity at 2PM. We haven’t had many issues hopping so far, but we just wanted to give you a heads up!

Click here to read about how Orlando International Airport is preparing for a busy spring break season!

For the week of March 14th, Disney Resort Guests are completely booked at all four theme parks as of this writing. 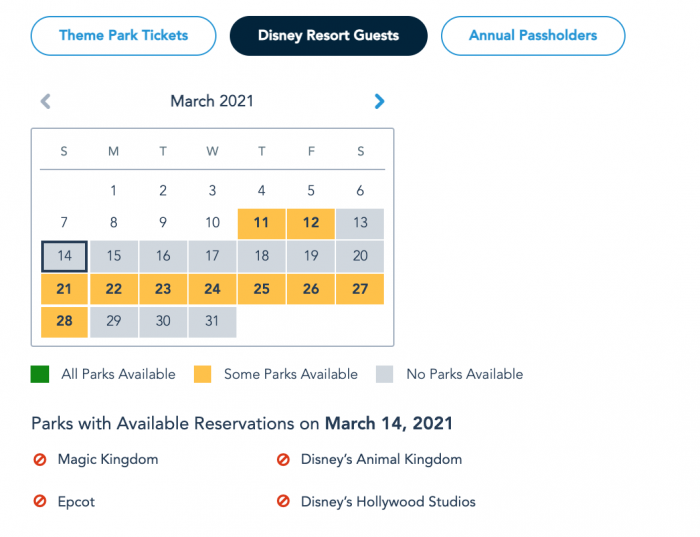 Similarly, as of this writing, those guests with Theme Park Tickets cannot book any Park Pass Reservations for the week of March 14th. 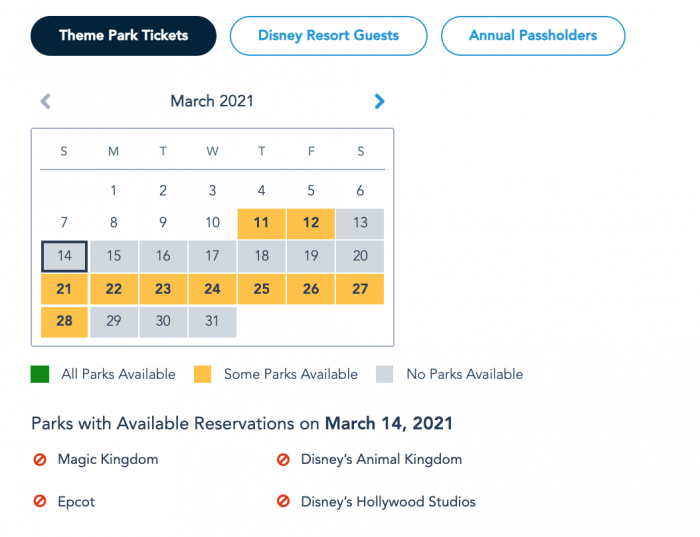 Finally, just like the other two guest types, Annual Passholders are also completely booked and cannot make a Park Pass Reservation for any of the four theme parks. 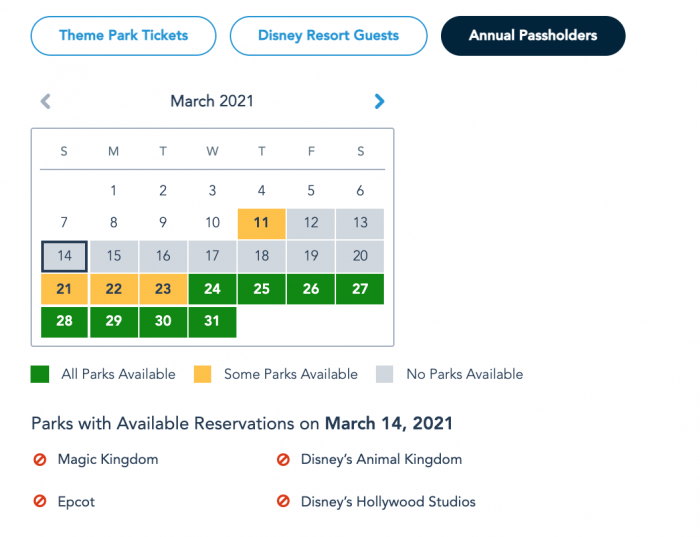 If you had any hopes of visiting Disney World next week and have yet to make a Park Pass Reservation, there’s always the chance that last-minute availability could be added. 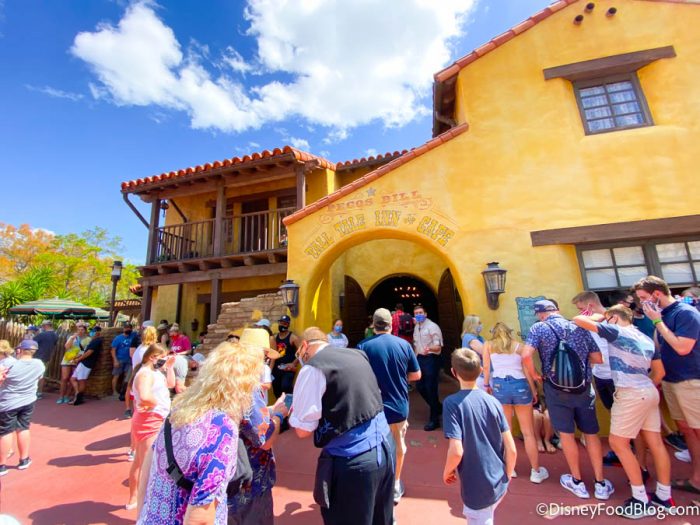 But it may also be in your best interest to look into another week to visit if you don’t want to deal with those spring break crowds, which have already begun to arrive across Disney World.

Click here to read which select resort hotels qualifies you as a Disney Resort Guest under their Park Pass Reservation System!

We’ll continue to bring you weekly coverage of the latest Disney World park hours and Park Pass Reservation availability! We’re heading into a busy time of year for Disney World, so be sure to pack your patience as we say and plan accordingly!

Are you heading to Disney World next week for spring break? Let us know in the comments!