Disney World has some great treats, but we shouldn’t overlook other Disney treats around the world either.

Disney has resorts in a LOT of places including the islands of Hawaii. Aulani, A Disney Resort and Spa is located in Ko Olina and makes for a relaxing a BEAUTIFUL trip for any Disney fan. Plus, Aulani has its OWN treats — and we caught wind of a sweet one today.

Thanks to our reader Jill Inouye (You’re the best, Jill!), we can take a look at the Olu Mel Cupcake that’s currently available at Disney’s Aulani Resort. For those who don’t know, Olu Mel is the adorable turtle friend of Duffy the Disney Bear. 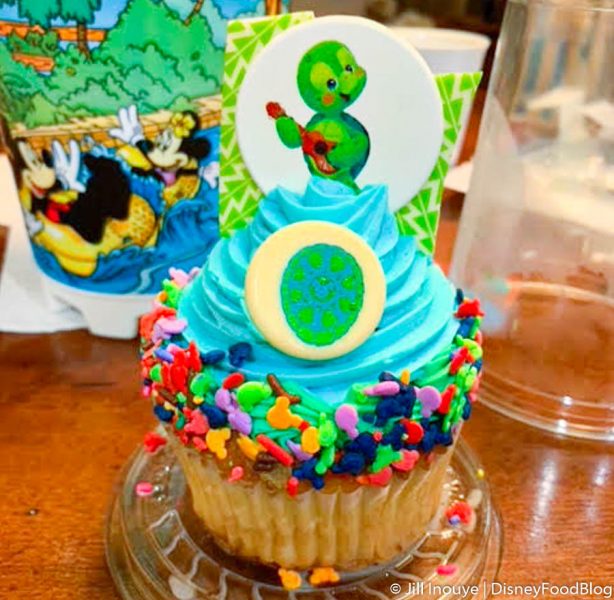 According to Jill, this colorful cupcake is a Macadamia Nut Cupcake with Pineapple and Cream Filling, Buttercream Frosting, Sprinkles, and a White Chocolate Olu Mel Decoration. Um…YUM. 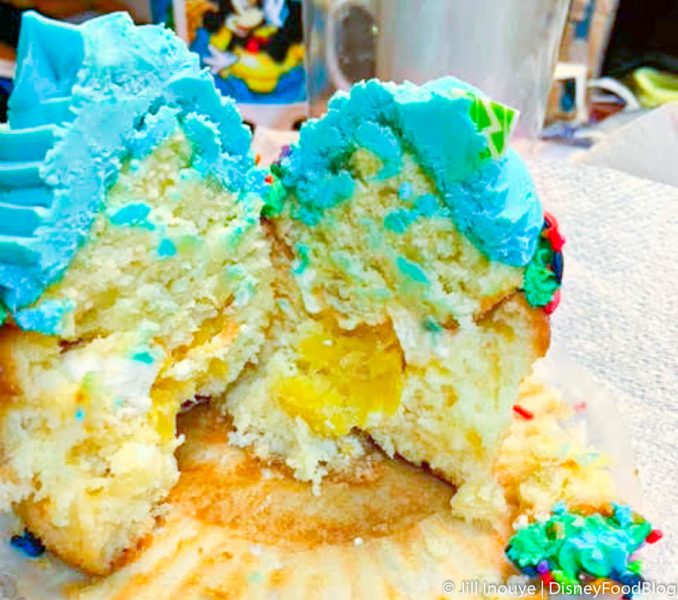 Jill let us know that she liked this cupcake a lot — but she usually likes Disney cupcakes. And we sure don’t blame her for liking Disney cupcakes! We’re certainly intrigued by that Pineapple and Cream Filling.

The Olu Mel Cupcake is available at Aulani Resort right now for $5. As always, stay tuned to DFB for the latest Disney treat updates!

Do you think you would like this cupcake? Tell us in the comments!