If you’re looking to dine at a restaurant owned by or run by a celebrity chef, you’ve got quite a few options in Orlando!

Have You Been to ICON Park? ©ICON Park

In Disney Springs alone, we’ve got Homecomin’ by Chef Art Smith, Morimoto Asia from Iron Chef Masaharu Morimoto, and Wolfgang Puck Bar & Grill from Chef Wolfgang Puck. But, over at Orlando’s ICON Park a new restaurant from another celebrity chef will soon be moving in!

Journalist Ashley Carter recently posted on Twitter and linked to a full story about this new spot on Spectrum News Orlando 13. According to Carter and Spectrum News, a new restaurant from celebrity chef Gordon Ramsay will be opening in Orlando this summer! “Gordon Ramsay Fish & Chips” is expected to open at Orlando’s ICON Park in August. 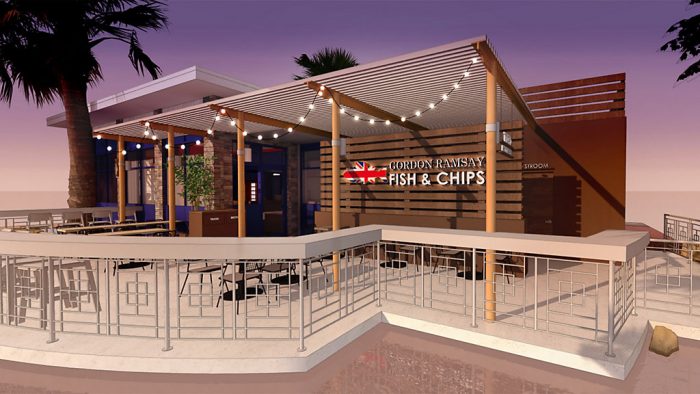 This restaurant is set to be a fast-casual style eatery with a red telephone box serving as the restaurant’s entrance and exit. There will be indoor and counter seating, or you could opt for some seating on the outdoor patio.

The menu is set to include fish and chips, marinated shrimp, chicken and chips, as well as some seasonal and “secret menu” items. For those who like their chips “natural” they can get the regular sea salt version. Or, you can kick things up a notch and get the fries with either a truffle, parmesan, and chive mix; jalapeño and crisp chorizo; or with bacon cheddar cheese, green onions, and sour cream. 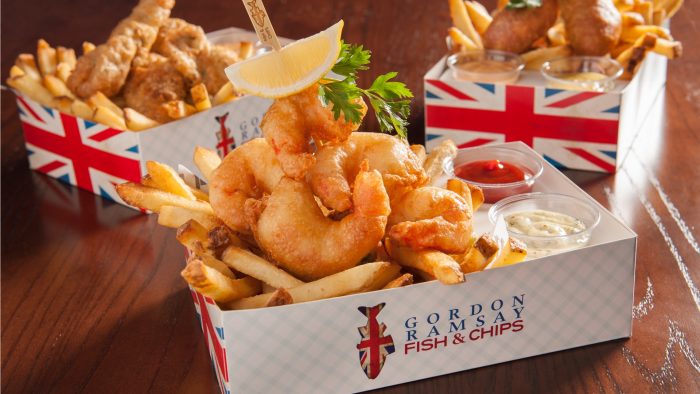 Looking for something to drink? The menu is set to include hand-crafted shakes, imported beers, and even fresh-squeezed lemonades.

In a statement, Chef Ramsay said “It was a real tradition for me growing up, so I’m excited to bring that nostalgia from my youth to Orlando for all the residents that call the City Beautiful home and the millions of tourist[s] that visit every year.” 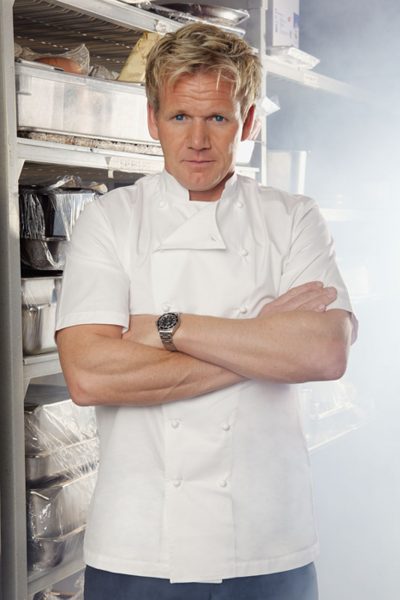 You probably recognize Chef Ramsay from his hit shows Master Chef and Hell’s Kitchen. He’s also got a number of restaurants in the U.S. and elsewhere. The Orlando version of Gordon Ramsay Fish & Chips will be the first location of this restaurant outside of Las Vegas.

The ICON Park in Orlando is home to various attractions including The Wheel, SEA Life Orlando Aquarium, and more, as well as some restaurants from other celebrities as well. It’s located about 20 minutes away from Disney World.

How will Chef Ramsay’s fish & chips compare to the DELICIOUS fish & chips over at the U.K. pavilion in EPCOT? Only time will tell! We’ll keep an eye out for more news and updates and let you know what we find!

Click here to see our review of the Fish & Chips in the United Kingdom pavilion in EPCOT!

Would you want to check out Chef Ramsay’s Fish & Chips restaurant in Orlando? Tell us in the comments!