The classic Jungle Cruise attraction in both Disney World and Disneyland is getting a re-theme that includes new characters, a new storyline, added depth to its backstory, new scenes, and more!

Time for a Ride on the World Famous Jungle Cruise?

In Disney World, the ride is staying open while these changes are being made. So far, we’ve seen the Trader Sam animatronic removed (and a new scene announced), part of another scene taken out, and some more changes. Today we rode the ride and saw that ANOTHER thing has gone missing!

Earlier today, we hopped aboard the Jungle Cruise to see if any new changes or updates had been made, and sure enough we found that part of one scene was missing!

In one part of the ride you pass by an area where there are some canoes on the shore, a hut in the back, and some more props and details. Previously, the scene also included some skulls placed on spears on the left-hand side. 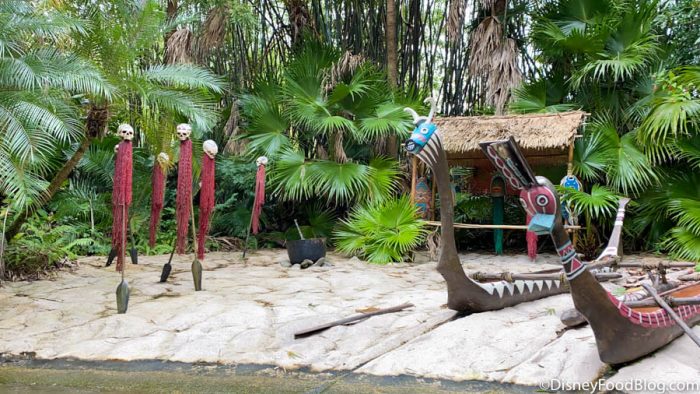 In fact, here’s a picture we took just yesterday of the scene. 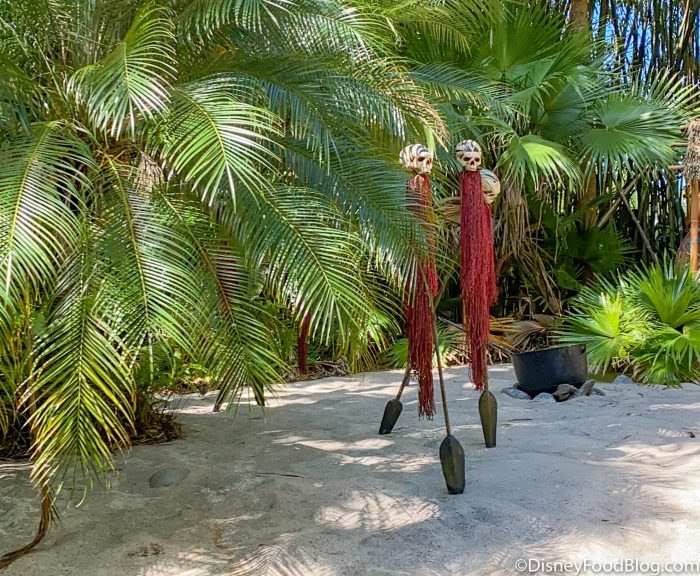 A Look at How Things Were Previously

But, today when we rode this attraction, we noticed that the skulls and spears were missing! 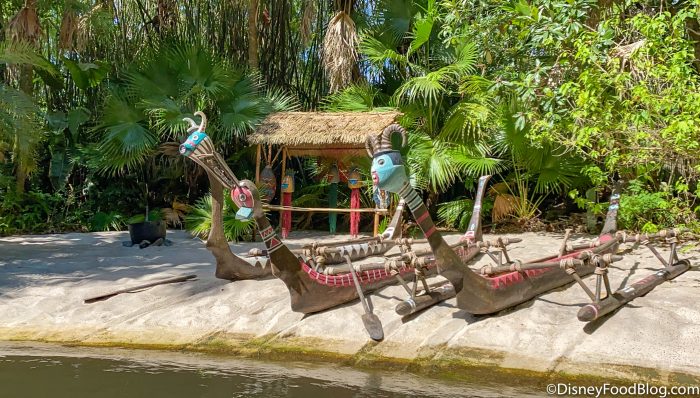 The area where these skulls and spears were is now empty.

No More Spears and Skulls Here

We’ll continue to keep an eye out for more details on this.

Again, as part of the Jungle Cruise transformation, the ride will be getting a new storyline. In an interview with D23, Disney Imagineering Creative Portfolio Executive Chris Beatty stressed, “This is not a re-envisioning of the entire attraction. It’s the Jungle Cruise you know and love, with the skippers still leading the way…” Beatty specifically mentioned the negative depiction of “natives” in the attraction as one of the things that would be changed. 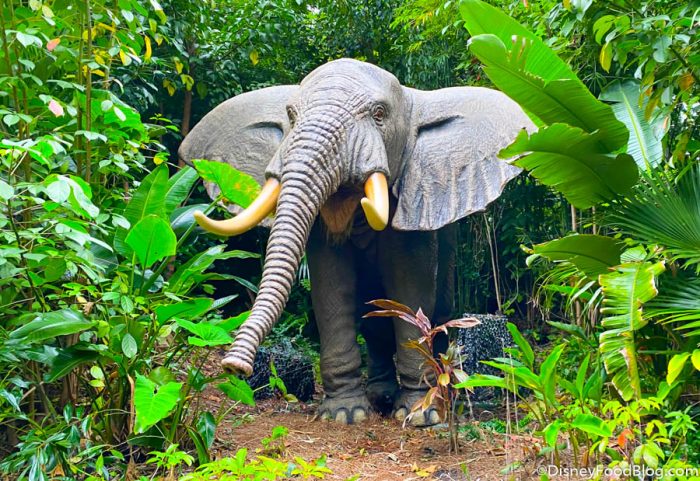 But DON’T Worry, The Jungle Cruise Puns Are Staying!

So far, we’ve gotten to see some concept art of how certain scenes will be changed or transformed, and heard some more details on what’s to come.

We’re on the lookout for more updates about the transformation and we’ll be sure to keep you informed of all the changes.

Click here to read everything we know so far about the Jungle Cruise transformation!

What is your favorite part of the Jungle Cruise? Tell us in the comments.