Earlier this year, Disney announced that it would be making some changes to Disney World and Disneyland’s classic ride — the Jungle Cruise.

As part of the refurbishments/retheme, the rides will get a new storyline, a skipper animatronic will be featured IN the ride itself, and more changes will be made. And, today we found that one of this ride’s signature characters was totally GONE!

Not too long ago, we shared our thoughts with you on WHEN the Jungle Cruise refurbishment might begin, and it seems the answer to that is “now.” Recently, Disney announced that the ride would remain open as the refurbishment takes place over the next several months. So, we hopped on the ride today and to our surprise…Trader Sam was GONE!! 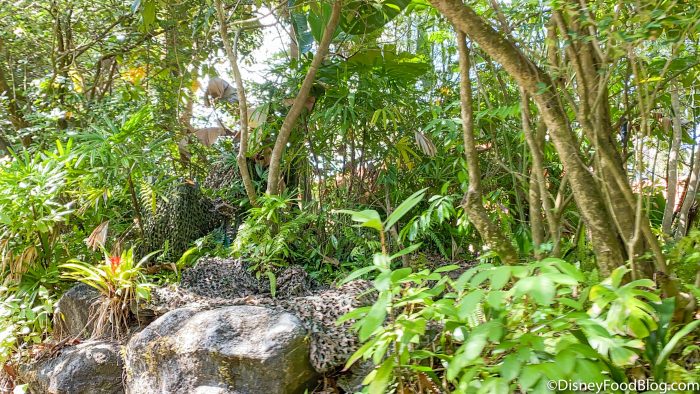 Where Did You Go?!

The Trader Sam animatronic is the one you see near the end of the ride, holding some shrunken heads in his hand. And he typically offers guests a great deal — 2 of his heads, for one of yours. What a bargain!! 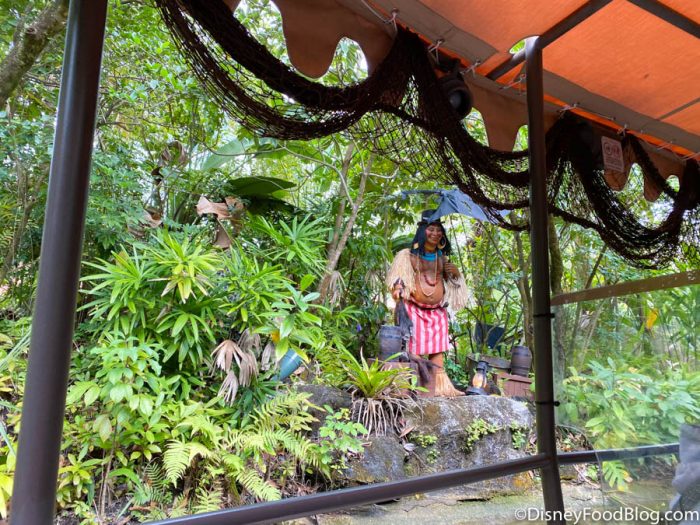 Trader Sam — Where Are You?!

Well, we’re not quite sure where Trader Sam has gone. Perhaps he’s off exploring other jungles or taking a vacation from the shrunken head business — we hear his sales might have been…shrinking!

We just got off the Jungle Cruise and something was missing…. pic.twitter.com/hGnbIPC98L

As part of this refurbishment, Disney has said that they will be addressing the negative depictions of “natives” in the ride. Imagineer Susana Tubert has explained that the reimagining is less focused on “solving the ‘negative depictions’” and more centered around creating new, positive cultural representations.

Disney hadn’t specifically announced what this could mean for the Trader Sam animatronic. But, Trader Sam’s Enchanted Tiki Bar at the Disneyland Hotel and Trader Sam’s Grog Grotto at Disney’s Polynesian Village Resort are set to stay intact. 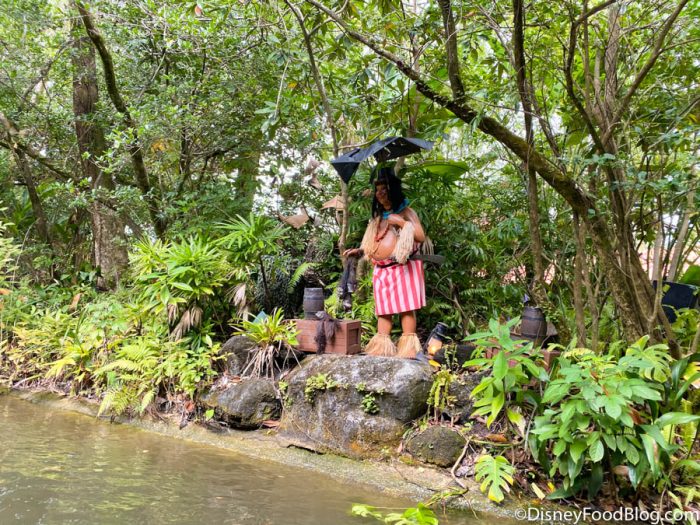 Trader Sam, Before He Went Missing

We’ll continue to keep an eye out for more news about Trader Sam and any other changes we spot being made to the ride. 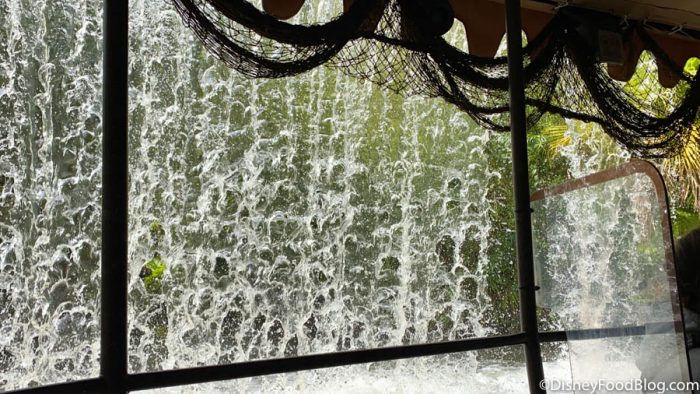 The Back Side of Water!!

As part of the Jungle Cruise refurbishments, the ride will be getting a NEW storyline. This is the first continuous story that the ride will have. The attraction will also be getting updated scenes, new characters, and other details.

For example, in the scene where the characters are climbing up the pole to escape the animals below, each character on the pole will get their own story and cultural heritage.

There will be a birdwatcher, entomologist, a wildlife painter, a photographer, and even a Jungle Cruise skipper!

Click here to meet the NEW characters coming to the Jungle Cruise as part of the refurbishments!

So far, we’ve gotten a peek at concept art for some of the new scenes and even a look at the more in-depth backstory being incorporated to the ride centered around Alberta Falls. 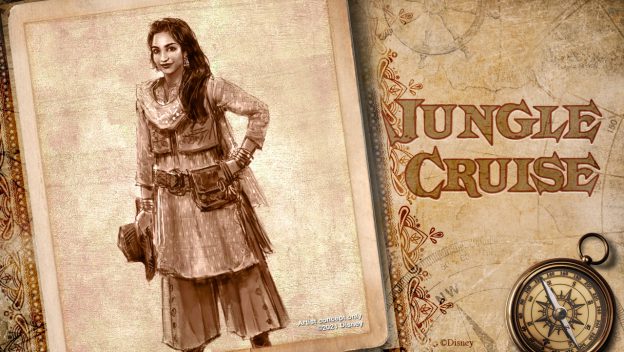 If you’re a fan of the Society of Explorers and Adventurers, you’ll LOVE this!

Click here to see more about the expansion coming to the ride’s backstory centered around Alberta Falls!

But, Disney Imagineer Chris Beatty has emphasized that it is important for guests to know that they are NOT changing the whole Jungle Cruise. According to Beatty, “This is not a re-envisioning of the entire attraction. It’s the Jungle Cruise you know and love, with the skippers still leading the way, and at the same time, we’re addressing the negative depictions of ‘natives.’ So that’s one of the scenes we’re going to go in and change.”

As we said earlier, the Jungle Cruise is set to remain open as these refurbishments begin to take place. We’ll continue to keep an eye out for more details and let you know what we find.

Click here to see everything we know about the changes coming to the Jungle Cruise so far!

Are you a big fan of Trader Sam? Tell us in the comments!

« Go From Zero to Hero With the New Disney X Danielle Nicole Collection
NEWS: Florida Mayor Comments on When Mask Mandate May End »