Several restaurants around Disney Springs are getting new treats and flavors for September!

A lot of the new treats around Disney World have warm Fall flavors, like the Spicy Caramel Apple we had in Disney’s Animal Kingdom or the Pumpkin Spice Coffee at Joffrey’s Coffee. But one Disney World restaurant is holding onto summer with its new September offering!

The Coca Cola Rooftop Beverage Bar has a new Drink of the Month now, but it’s missing the cozy September vibes that we’ve seen around the parks. Instead, this drink is celebrating summer! It’s the Hot Hot Summer Heat drink! 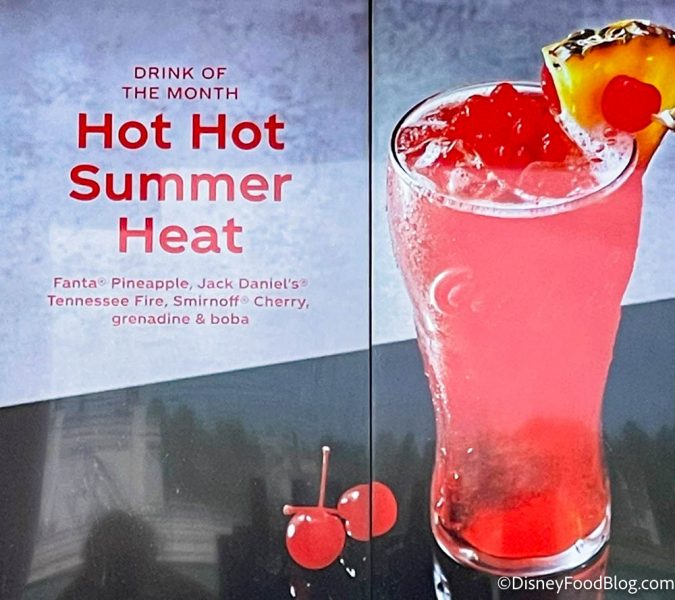 New drink of the month at the Coca Cola Store 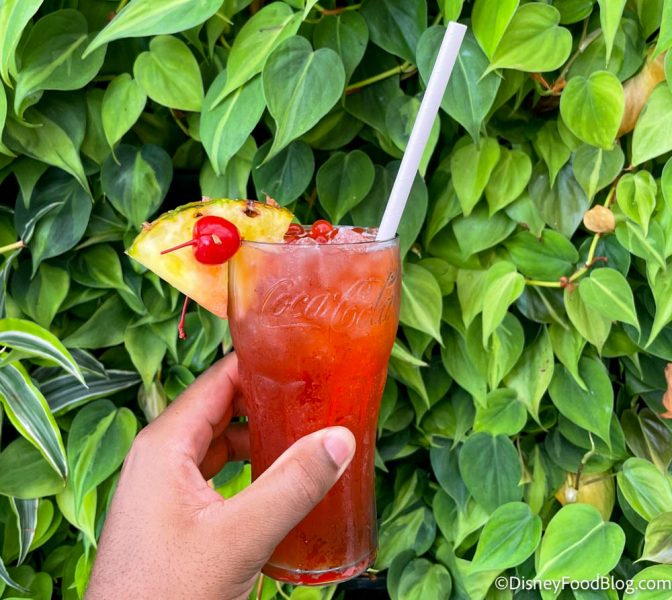 To garnish, there’s a slice of Pineapple and two Maraschino Cherries stuck together with a toothpick on top. 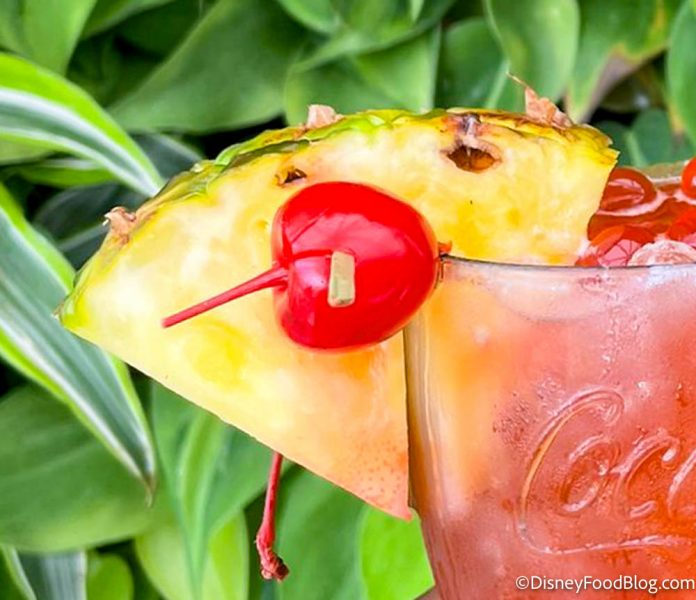 We thought the drink was sweet, but not overbearingly so. The Pineapple Fanta flavor was the strongest to us, closely followed by the cinnamon from the Jack Daniel’s Tennessee Fire Whiskey. 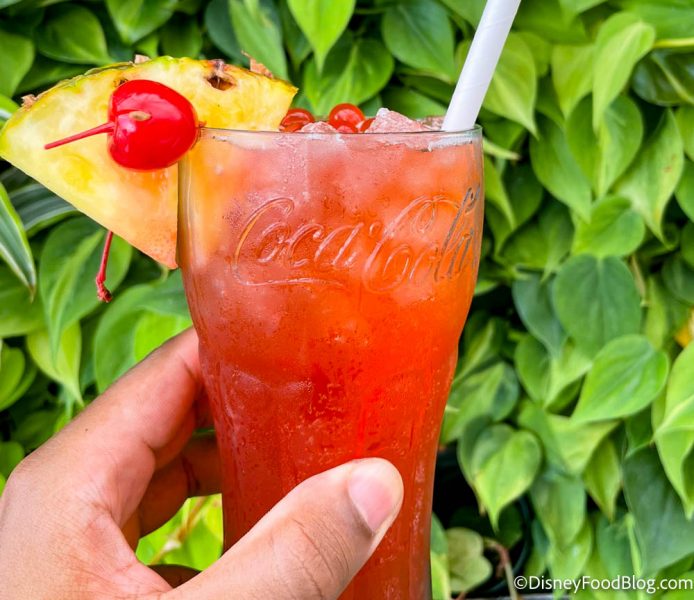 The Boba on top blended into the drink, and we enjoyed the fruit garnish as well! The Hot Hot Summer Heat was really well balanced, and we’d definitely recommend it. (We might even be back for another one soon!) We could’ve done with a little less of the Tennessee Fire Whiskey, but overall it was a good drink. 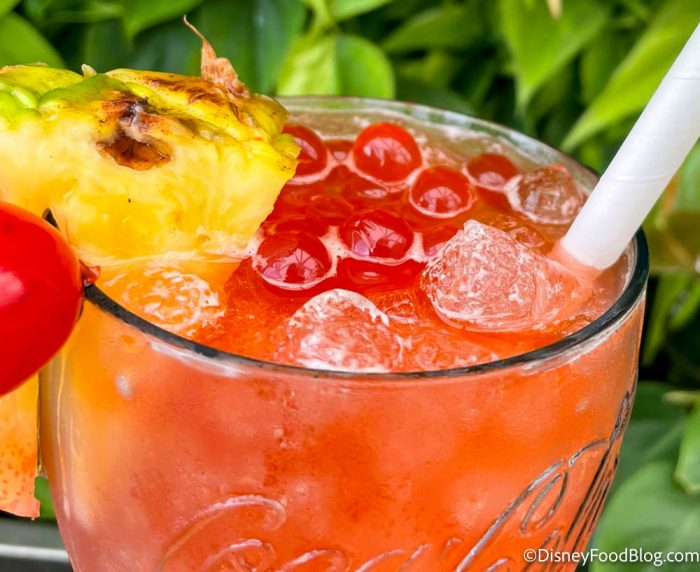 A closer look at the drink

While we were sipping away, we thought it’d be awesome if they had an ice cream float version of this drink, just to mellow out the spicy flavor from the whiskey. If you like fruity drinks or cinnamon flavors, this is the perfect combination for you! But if you don’t love soda or spicy flavors, maybe try something else on the menu. 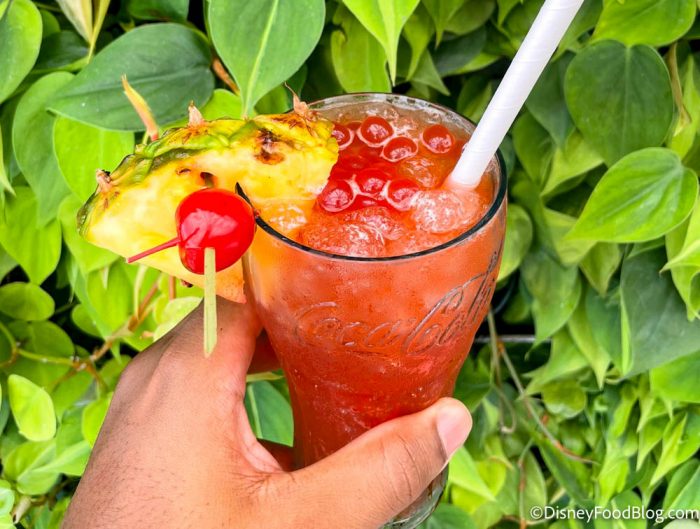 Coca Cola’s Drink of the Month

You can get the Hot Hot Summer Heat drink at the Coca Cola Rooftop Bar in Disney Springs for $15 now! 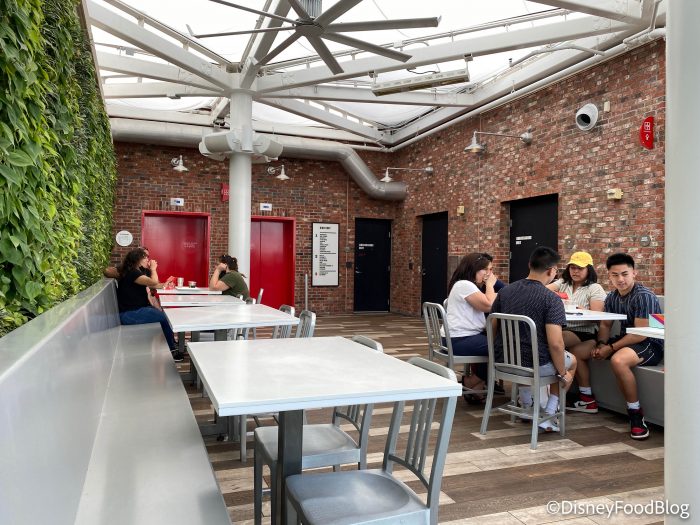 Have you been to the Coca Cola Rooftop Bar in Disney Springs? Tell us about your experience in the comments!

« REVIEW: For Once…We Suggest RUNNING to PizzeRizzo in Hollywood Studios
Find Out HOW to Win a $500 Disney Gift Card! »