Bust out your makeup sponges and dust off your wig; it’s time to get ready for Halloween! Need a place to show off your FABULOUS makeup skills? Disney’s After Hours BOO Bash event is the perfect place to don your Disney-inspired Halloween costume! 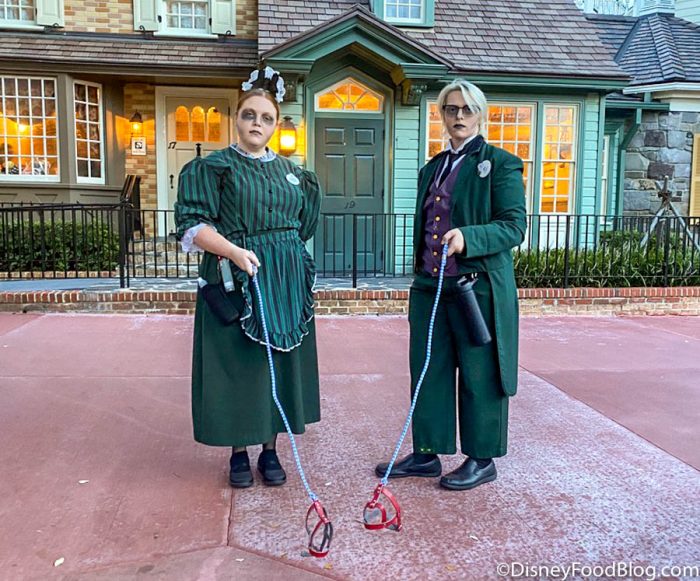 Let’s get in character!

Take your costume to the next level with some crazy face paint or some monochrome eye makeup! From a friendly ghost to an evil enchantress, we’ve compiled a list of our favorite Disney-inspired makeup tutorials!

🎶Who’s been messing up everything? It’s been Agatha all along!🎶 Thanks to this tutorial, you can’t mess up Agatha’s magic blackened fingers! Add some texturizing spray to your hair to give it some volume and you’ll be all set to cause some mischief of your own! (But leave Sparky the dog out of it, please! He has been through ENOUGH!)

Searching for the perfect ashy eyeshadow for your look? Use this smoky eyeshadow palette for those singed hands! We love this look because it’s simple yet effective. Now go and test your makeup powers!

NO MUSIC! Mamá Imelda may have been strict, but she had a soft spot for her family. This beautiful makeup tutorial for Dia de los Muertos is the perfect tribute to the Rivera family matriarch — and make sure you have a nice, sturdy pair of Rivera shoes to go with it!

You’ll need a nice dark berry shade of lipstick to match Mamá Imelda’s (frequently pursed) lips. Try this tutti-fruity lip stain from ColourPop! All you need is someone dressed as Héctor by your side and you’ll be the friendliest pair of skeletons around!

Looking to attend a swinging wake? All you need is your finest suit and tie, some spider webs, and lots of ghoulish face paint! This DIY Haunted Mansion butler costume tutorial will show you exactly how to create a deadly accurate Haunted Mansion-inspired costume!

You’ll need lots of monochromatic face paint for this ghostly look; try this black and white makeup kit and this gray grease paint! We love this tutorial because it will work for people of all ages and genders! You can dress up a whole family of Haunted Mansion ghosts or go solo!

Yzma is a hilarious and totally underrated Disney villain. She may have some problems with her labeling system, but her sense of fashion is pretty impressive (or should we say, EMPRESSive😉). This makeup lewk is a little creepy because of just how effectively it captures Yzma’s likeness!

You’re going to need some EXTRA-long eyelashes if you want to look the part, and you might need some purple and gray face paint for that sickly purple skin tone! How fun would it be for your whole family to dress up as characters from The Emperor’s New Groove?! Bonus points if you work some spinach puffs into the final look.

Tim Burton’s Alice in Wonderland movie is FULL of amazing costumes, hair, and makeup! This rapid-fire set of tutorials by Disney Style features ALL of our favorite Alice in Wonderland characters! Much like Alice herself, you might have a hard time deciding who you are!

If you decide to dress up as the Mad Hatter, you’ll need some seriously colorful eyeshadow! We think this ColourPop palette has all the colors you’ll need for a wonderfully MAD look! Make sure to stay away from the Queen of Hearts — you don’t want her chopping off your head after all that hard work you put into your makeup!

We couldn’t make a Disney-inspired Halloween makeup list without the King of Halloween! Jack Skellington is known for his signature dark, sunken-in eyes that contrast his bone-white skull, but you might need a little help figuring out how to recreate that signature skeleton visage! Luckily, Disney’s Twitter page has got you covered!

This tutorial may seem a little complicated, but the good news is that the Pumpkin King’s makeup look only requires two colors: black and white! All you need to complete this costume is a black and white striped top and a batty bowtie!

Once you’re finished with this makeup look, you’ll be communicating with the dead in no time! Say it with us: “Serpents and spiders, tail of a rat, call in the spirits, wherever they’re at!” See, you’ve totally got what it takes to be a spooky undead fortune teller! Madame Leota is FASHUN!

This costume should be pretty simple from the neck down since Madame Leota doesn’t have a neck! For that super-detailed makeup, though, use some glitter gel to brighten up your look! Between this Madame Leota tutorial and that Haunted Mansion Ghost Butler costume that we showed you earlier, you and your family can practically dress up as the entire cast of the Haunted Mansion!

Does anyone else miss the now-defunct Pirate’s League that used to be in Adventureland? The Pirate’s League may not be around, but you can recreate the scruffy pirate makeup with this tutorial by Disney! 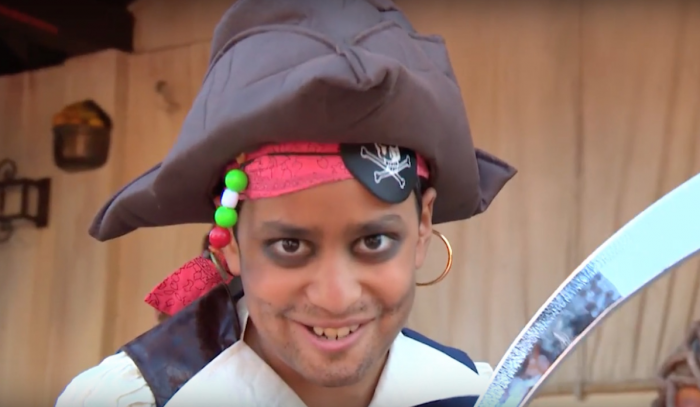 With Spirit Halloween’s 7 color makeup kit, you can paint those dark circles around your eyes AND stipple some stubble right onto your face! Yo ho, yo ho a pirate’s life for me! This pirate may have seen better days, but there’s no better life for a true pirate!

Finally, we had to show off this AMAZING Ursula makeup — talk about a transformation! Ursula may have turned herself into a human, but this human much prefers the look of a sea witch for Halloween!

We hope these tutorials gave you some inspiration for Halloween this year! Whether you’re going to BOO Bash in the Magic Kingdom or just looking for a fun Disney costume for Halloween, there are so many ways to get creative and have fun with your outfit! Happy Halloween 👻!

How to Maximize Your Time at BOO Bash in Disney World

What are YOU wearing for Halloween this year? Let us know in the comments!