Disney World has its own set of unique rules. For example, adults can’t wear costumes into the parks (with a few exceptions), and no balloons are allowed in Disney’s Animal Kingdom. But there are some OTHER rules that you need to know about before you head to The Most Magical Place on Earth. 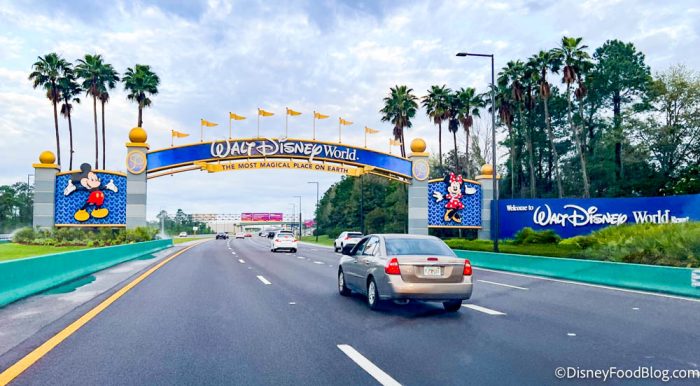 Not only does Disney World have some pretty strict rules, but the state of Florida has several laws that aren’t necessarily the norm in other parts of the country. Before you visit the Sunshine State for your Disney trip, make sure you’re aware of these 7 laws.

All of the rules listed here are actual laws in Florida — we checked the Statutes and found the legitimate record of each one. So although a couple of these might seem funny (like the one about pulling weeds) to those of us who aren’t familiar with Florida’s legislature, you should take these seriously to avoid getting in trouble on your vacation.

It’s Illegal to Feed the Alligators

It’s very unlikely (though not impossible) that you’ll see an alligator on your Disney World trip. We don’t often hear of them coming out of the water in Disney World, but they’ve been known to pop up around the property, especially where there’s a body of water nearby. 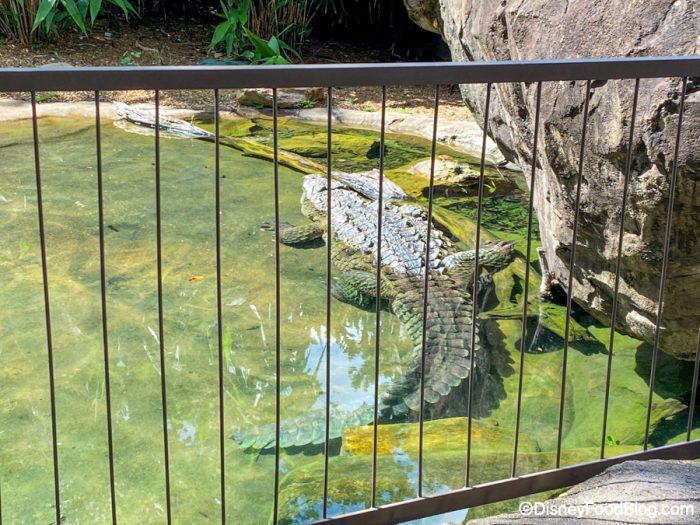 That’s why you’ll see signs in some parts of the resort telling guests that there is wildlife in the area and that any animals should not be approached or fed. But this isn’t just Disney’s rule — Florida Statute 372.667 states that “feeding or enticement of alligators or crocodiles unlawful.” This applies to any wild American alligator or American crocodile. 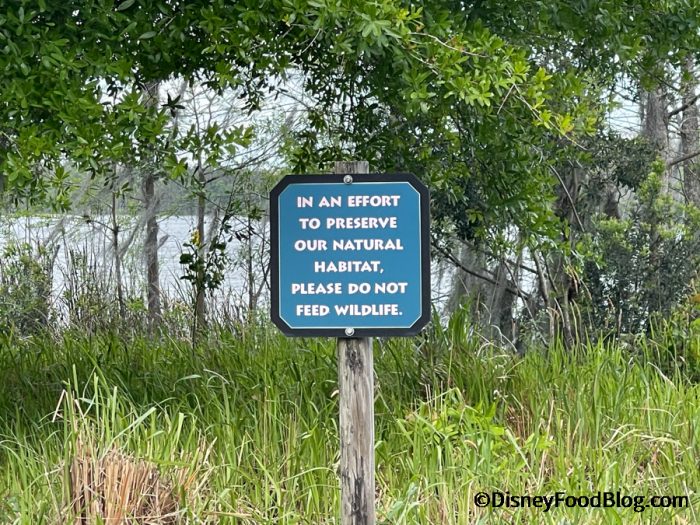 No feeding the wildlife

Breaking this law constitutes a level 2 violation under Florida Statute 372.83 and is subject to the appropriate punishment under that law. 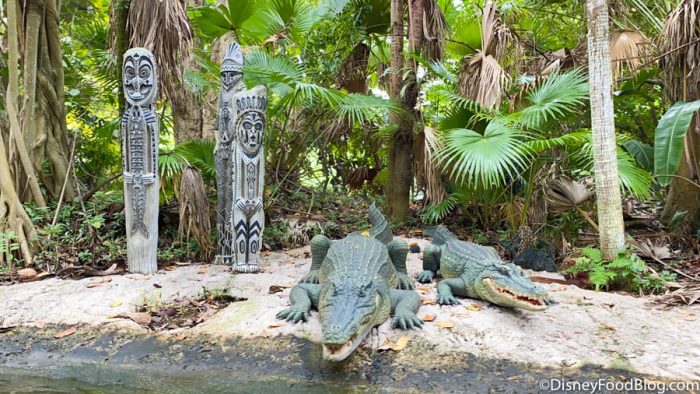 Crocs on the Jungle Cruise

But if you see the croc who lives in DinoLand U.S.A. in Disney’s Animal Kingdom, don’t worry too much about his diet — professional animal carers are of course permitted to feed and otherwise take care of the animals in captivity.

You Cannot Use Cannabis Without Authorization

As you’re packing your bags for an upcoming trip, don’t forget that recreational marijuana is NOT legal in Florida. So be sure to leave any cannabis at home. 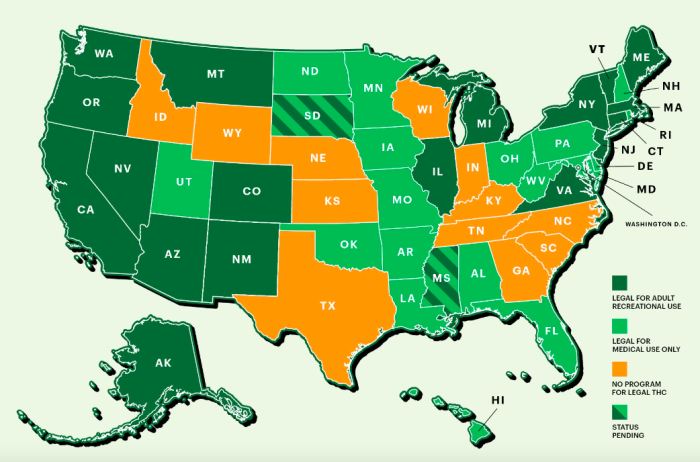 According to Florida Statute 381.986, “marijuana is only legal in the state of Florida when a person has obtained a Medical Marijuana Use Authorization.” The same statute says, “Under Florida law, it’s illegal to consume marijuana for recreational purposes. This includes the consumption of marijuana that was obtained legally through someone with a medical marijuana card and then transferred to someone else.”

Medical marijuana, which is permitted under certain circumstances, includes the “acquisition, possession, use, delivery, transfer, or administration of marijuana authorized by a physician certification.” If you need to bring cannabis for medical purposes, it’s best to have proof of your prescription with you, just in case.

And speaking of weed, another Florida law has to do with picking weeds on state land. Florida Statute 369.20, called the “Florida Aquatic Weed Control Act,” states that “no person or public agency shall control, eradicate, remove, or otherwise alter any aquatic weeds or plants in waters of the state unless a permit for such activity has been issued by the commission.” 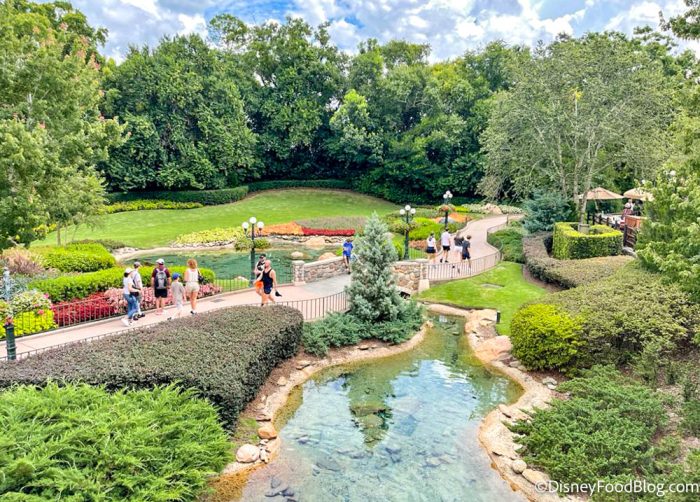 No pulling the weeds!

In plain English, you cannot remove any weeds or plants from water that is on land owned by the state of Florida. This law is to protect the natural environment and ecosystems that are so important to the plants and animals that call Florida home. 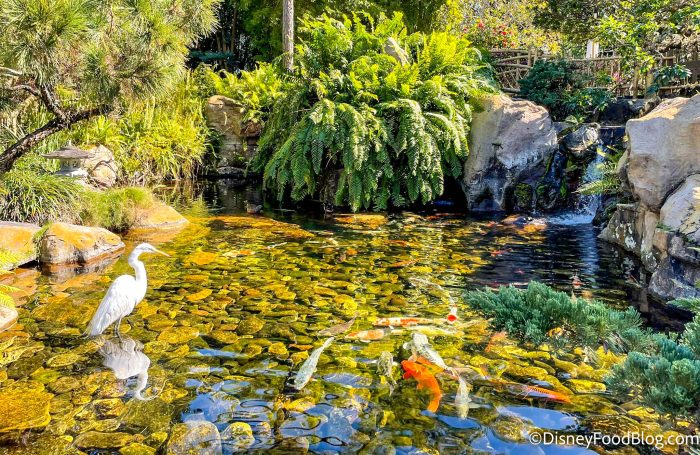 Of course, Disney owns the land inside Disney World, but just in case your trip takes you outside of that Disney bubble, be careful about any plants that you might uproot (accidentally or on purpose).

Cars Must Have Headlights On When It’s Raining

If you’ve been to Florida before, you might already know how often showers and even big storms can pop up, seemingly out of nowhere. What you might not know is that it’s illegal to leave your car headlights off during such rainstorms and showers. 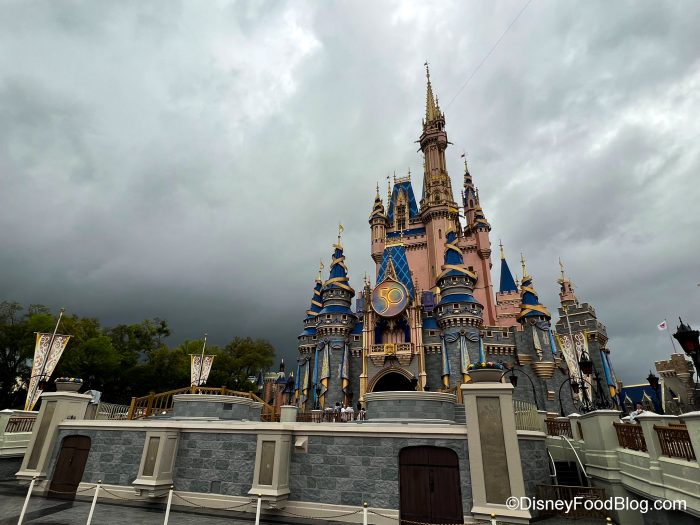 Keep those headlights on!

Florida law 316.217 states that a vehicle operator is required to use their lights “during any rain, smoke or fog.” This includes during nighttime and daytime — so even if it’s bright outside, you’ll need to flip those headlights on when the rain starts to come down. Failure to comply could result in a fine.

Texting While Driving Is Not Allowed

Many states now have laws about texting and driving, but it’s good to know the specifics about what’s allowed and what isn’t in Florida. Florida Statute 316.305 clarifies what actions are prohibited while you’re driving. 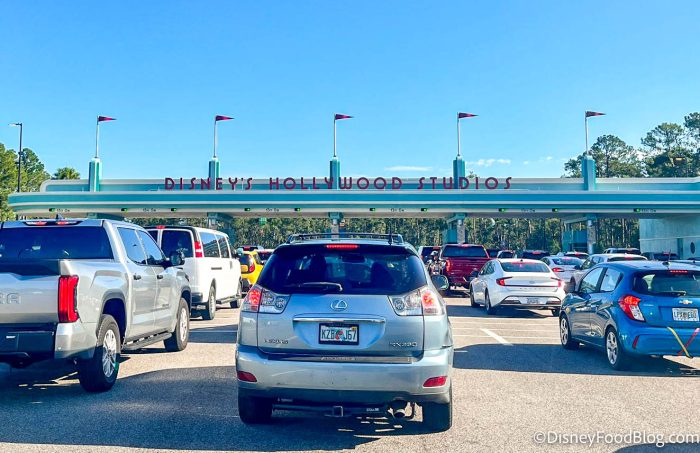 No texting and driving!

Under this law, “a person may not operate a motor vehicle while manually typing or entering multiple letters, numbers, symbols, or other characters into a wireless communications device or while sending or reading data on such a device for the purpose of nonvoice interpersonal communication.” This includes texting, e-mailing, and DM-ing. (This doesn’t apply to vehicles that are stationary and thus not being operated.) 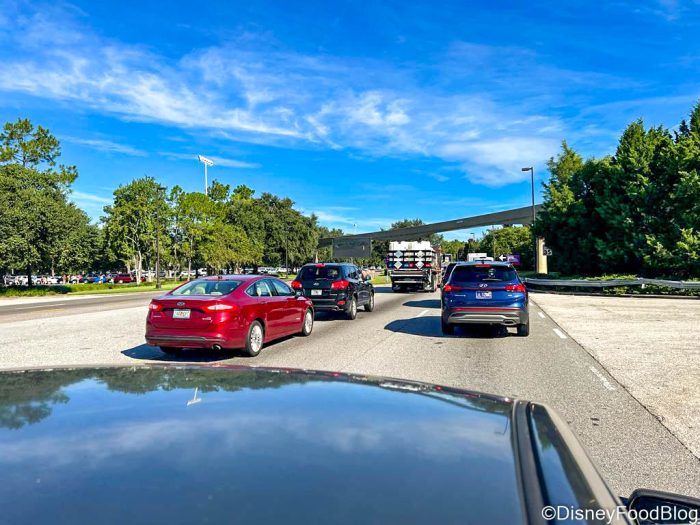 So no texting or otherwise typing on your phone while you’re driving. However, from the language in this statute, it sounds like you CAN talk on your phone if it’s linked to your car as a hands-free device. You cannot type in a phone number or select a contact, but if you can place a call from your car using voice commands, that is permitted.

Being Disorderly Is Frowned Upon

Yes, the law is really as vague as that sounds. Florida Statute 877.03 states that it is a misdemeanor to “commit such acts as are of a nature to corrupt the public morals, or outrage the sense of public decency, or affect the peace and quiet of persons who may witness them, or engage in brawling or fighting, or engage in such conduct as to constitute a breach of the peace or disorderly conduct.” 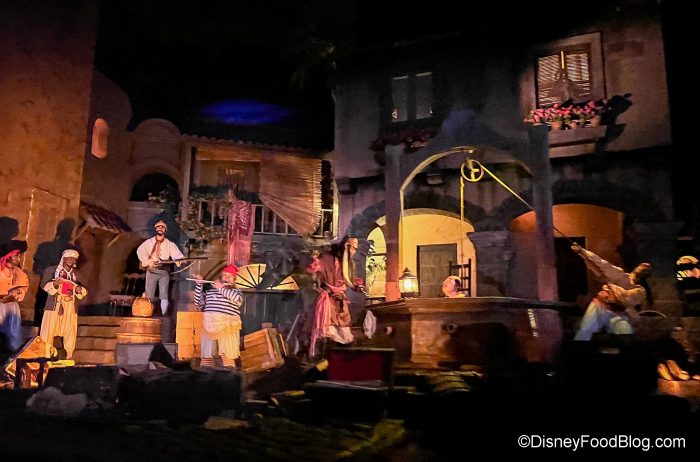 Most people probably don’t need to be told to generally be courteous of other guests and stay out of any fights, but just in case things get a little too rowdy, it’s good to know that these fighting, breaching the peace, and “corrupting public morals” are all against the law.

Watch Out for Those Lightsabers

This isn’t a Florida law, but if you’re traveling to or from Disney World via airplane, you need to pay attention to what you’re bringing in your luggage. For example, that lightsaber you built at Savi’s Workshop? It’s not guaranteed to pass through security if you’re going to carry it on. 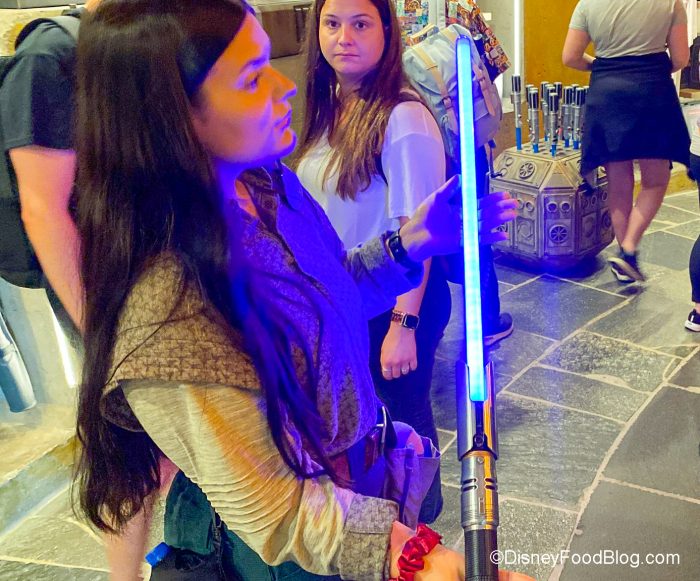 Generally, the TSA has approved lightsabers for travel in either carry-on or checked bags. However, some airlines have restrictions on the size of the lightsabers, and certain kinds of batteries (like lithium-ion batteries) have their own special rules. 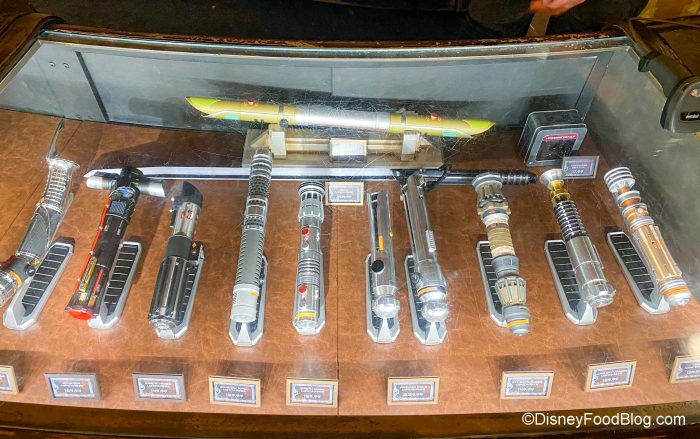 The TSA website states that the final decision about whether to allow the lightsaber on the plane rests with the TSA agent at the gate, so it’s still possible that you could be told that the saber can’t fly with you. The decision to not allow the lightsaber on the plane could come from the TSA rule about sporting equipment: “Sports equipment that can be used as a bludgeon (such as bats and clubs) is prohibited in the cabin of the plane and must be transported in your checked baggage.” Depending on how the TSA agent categorizes your lightsaber, they may or may not allow it through security. 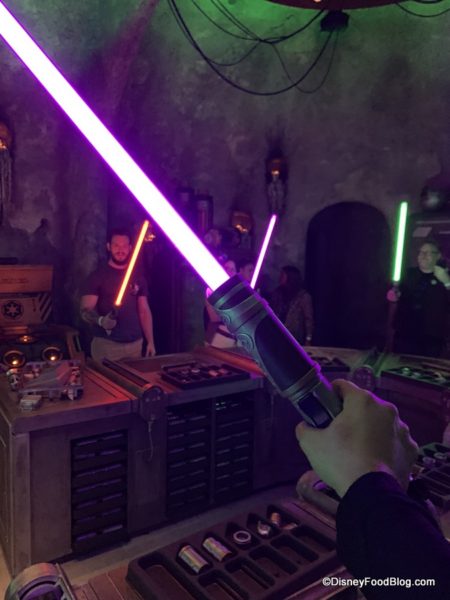 The simple solution would seem to be to check the lightsaber instead, in which case you’d want to make sure it has extra protection as checked bags are not always handled as carefully as carry-on bags. 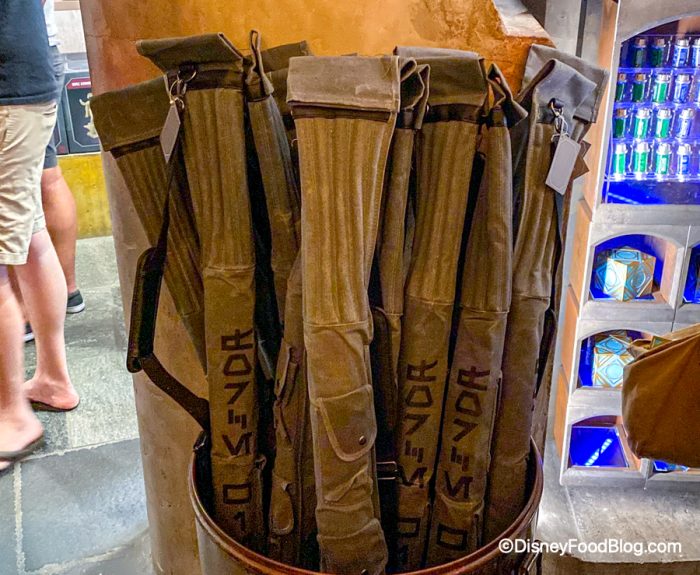 If you want to be completely safe, you can ship your lightsaber home from Disney World for an added fee. Disney said, “Guests can definitively have their lightsabers shipped to their homes after they complete their experience! To do so, you can either head over to the Droid Depot or Dok-Ondar’s Den of Antiquities to have it shipped from within the park. If you prefer to wait until you have left Disney’s Hollywood Studios, you may also ship your package from your Disney Resort hotel.” 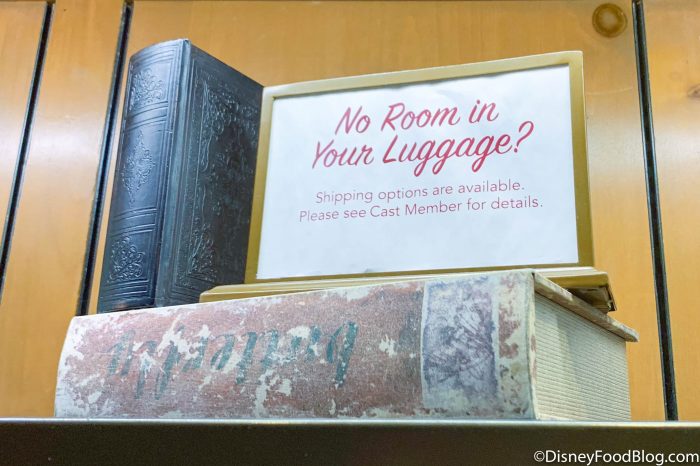 You can get your items mailed directly to your home!

There you have it — 7 laws you should know before you travel to Disney World. But wait just a second — before you head out the door, here are a few more resources to check out that can help you plan the best trip possible:

Stay tuned to the DFB blog for more updates that can help you plan your upcoming trip!

Click here to see 8 WEIRD Disney World rules and why they exist.

Did any of these laws surprise you? Let us know in the comments!