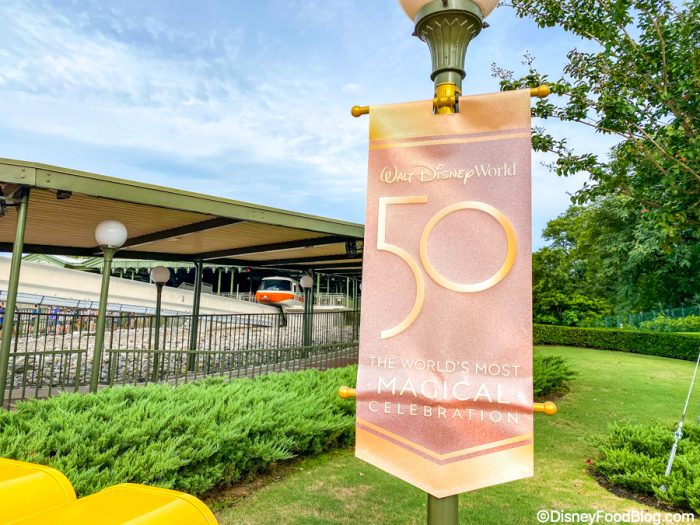 With the 50th Anniversary Celebration kicking off on October 1st, we’ve been spotting small changes throughout Disney World, like the addition of the 50th Anniversary sign on Cinderella Castle and new banners in the parks. Today we found a pretty big change that could signal the start of some exciting things that are coming as part of the celebration!