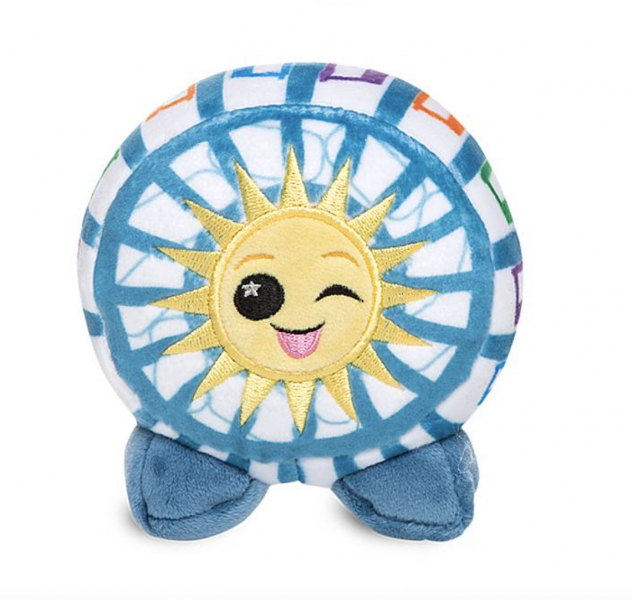 We felt the earth move when the totally adorable new Disney Park Icon Wishables hit the scene (including the charming Pixar Pal-a-Round Wheel — isn’t he a cutie?!). But the seismic activity hasn’t stopped! Check out this new “The World of Pixar” gear that’s totally rocking our world!

First up, we saw this amazing The World of Pixar Shirt for $24.99. We love seeing so many of our Pixar buddies on it! 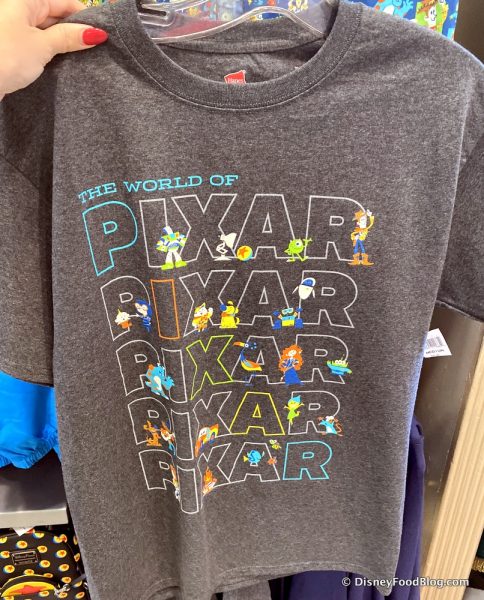 The World of Pixar Shirt

We see Buzz and Woody from the Toy Story movies along with Jack-Jack and Edna Mode from The Incredibles and Mile Wazowski from Monsters Inc. — just to name a few! 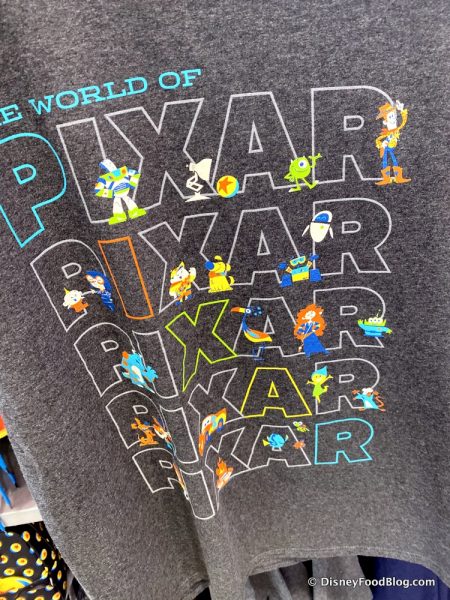 The World of Pixar Shirt

And we’re smitten with this new The World of Pixar Hoodie for $54.99! LOVE the classic blue and light gray color combo! 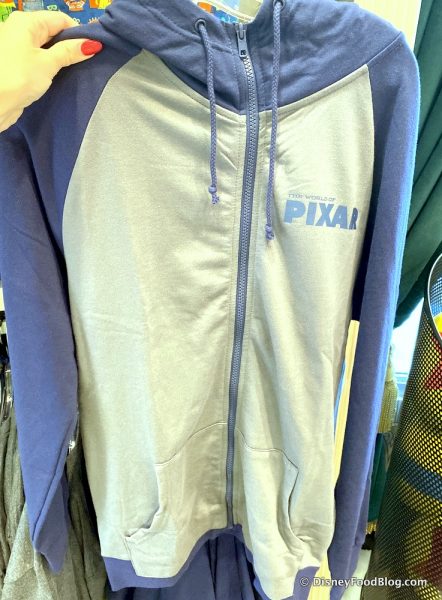 The hoodie says “The World of Pixar” on the front… 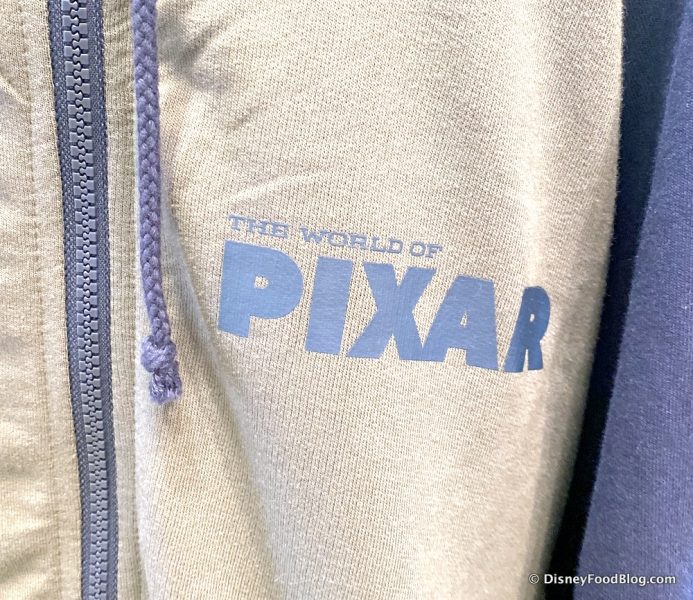 …and has the Pixar lamp and Luxo ball on the back! We’d love to have this on a cool night at Disney World! 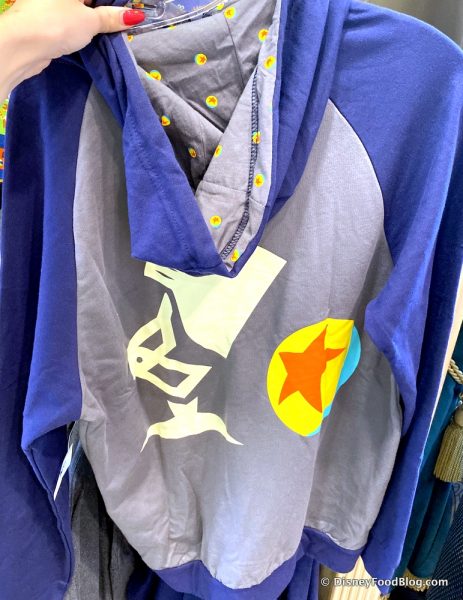 And did we mention the hoodie is also lined with Luxo balls? It’s one of our favorite details! 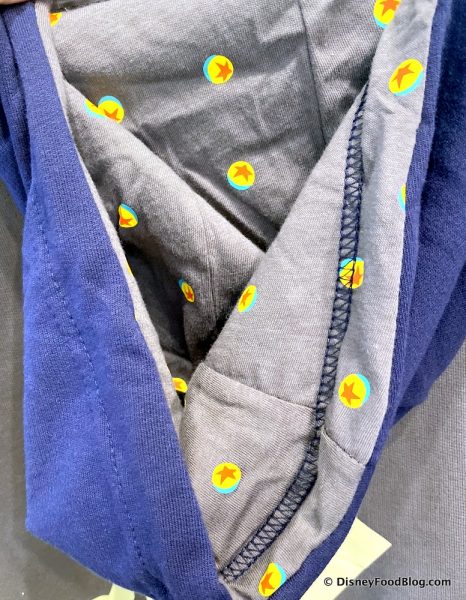 Check out this The World of Pixar Hawaiian Shirt for $59.99! The colors of this Pixar patterned shirt are so bright and cheery! 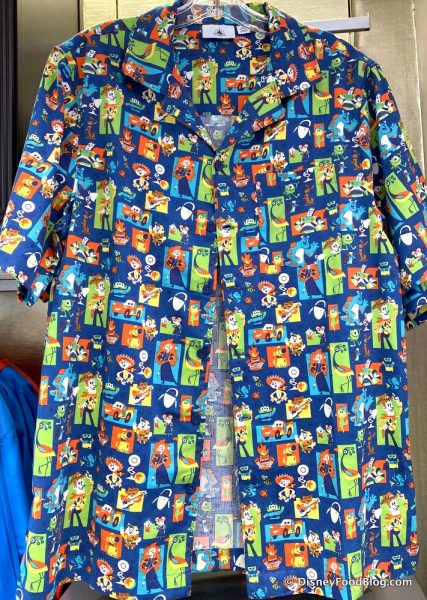 The World of Pixar Hawaiian Shirt

And we see so many of our favorite pals again! It looks like just about every Pixar film is represented! You could wear your love of Pixar movies on your sleeve with this shirt — literally! 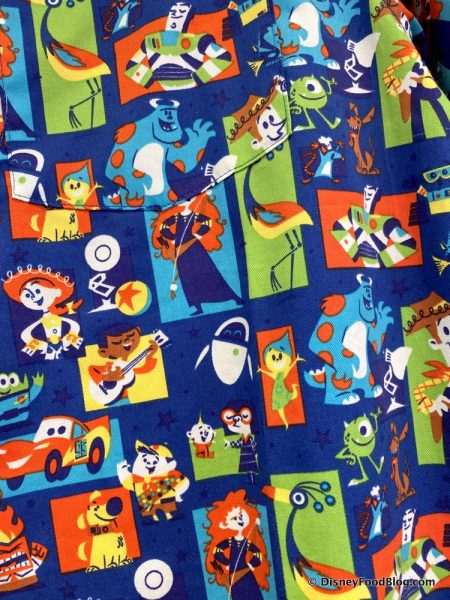 The World of Pixar Hawaiian Shirt

And for the tykes, we spotted this The World of Pixar Youth Shirt for $19.99 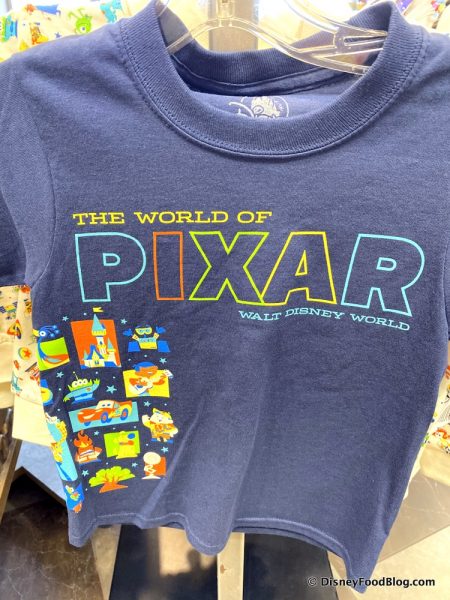 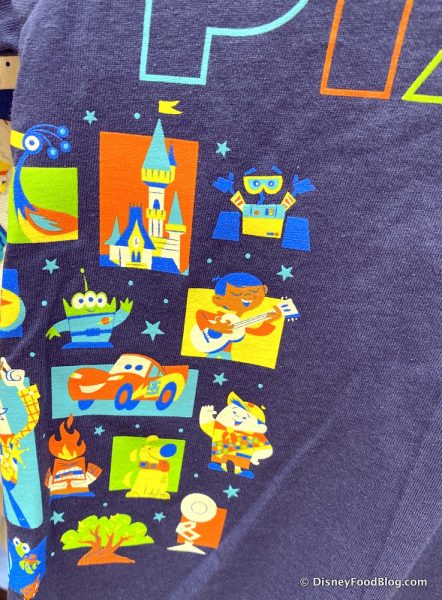 …plus the design wraps around the side to its back! So modern and COOL! 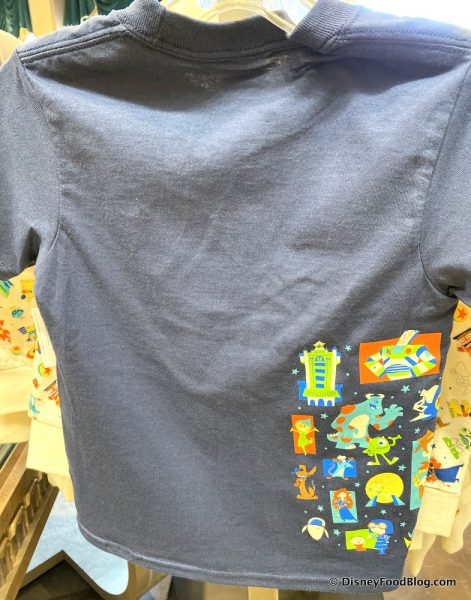 And lastly, we spotted this The World of Pixar Red Shirt for $17.99. It kinda reminds us of Lightning McQueen because of its bright red color! We’ve seen him ka-chowing around Disney World as the star of a new character bus wrap! 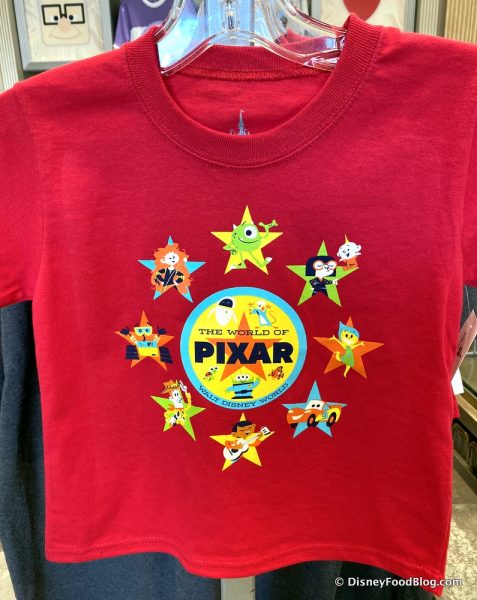 We found all of this The World of Pixar stuff at Beverly Sunset Boutique in Hollywood Studios today! And while you’re there, be sure to check out the rest of their other cool Pixar stuff — it’s an awesome Pixar-shopping palace!

What do you think of the new The World of Pixar merch? Tell us your thoughts in the comments below!

« News! Hollywood Studios Has Just Extended Its Park Hours For January…AGAIN!
Float Your Boat With the New Sail Away Minnie Collection on Disney Cruise Line! »