The early bird has a better chance at catching a spot in Rise of the Resistance’s virtual queue since you can reserve your boarding group when Hollywood Studios opens.

And due largely in part to Rise of the Resistance’s high-demand, Hollywood Studios is extending its hours… again!

Hollywood Studios has made several adjustments to its hours of operation since the Star Wars: Galaxy’s Edge attraction opened December 5th of last year. And since Rise of the Resistance’s popularity hasn’t seemed to wane, park guests can enjoy taking advantage of Hollywood Studios’ new extended hours! 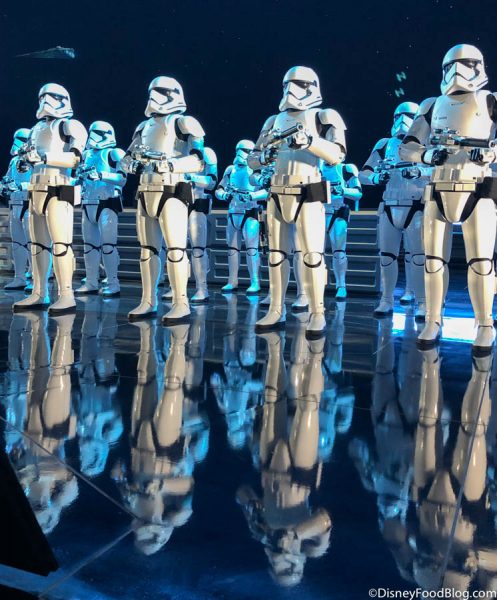 Read the answers to all of your burning Rise of the Resistance questions here!

Enjoy taking advantage of some extra time in Hollywood Studios, and remember — you no longer have to get up before dawn to snag your boarding group for Rise of the Resistance! Learn more about the latest procedure for securing your virtual place in line here, and may the Force be with you!

Are you visiting Hollywood Studios month? Are you excited Disney’s announced these extended hours? Tell us your thoughts in the comments below!

« DFB Video: 7 Risks I’m Willing To Take in Disney World (And One I’m NOT)!
“The World of Pixar” Merch is Rocking Our World at Disney’s Hollywood Studios! »