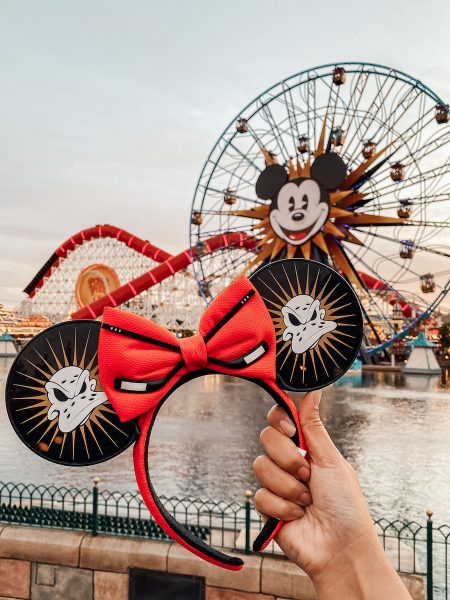 That’s right! In recognition of this National Hockey League team’s rich history and its connection to Disney, California Adventure holds an Anaheim Ducks Day each year! And today’s the BIG day! To celebrate, we’re headed off to Schmoozies to taste the Anaheim Ducks Orange Shake!

The Anaheim Ducks Orange Shake is a tasty treat of vanilla and orange sherbet and ice cream blended together with orange, pineapple, and guava juices. There’s also tons of delicious whipped cream and Anaheim Ducks-colored sprinkles garnishing the rim! Plus, there’s a white chocolate decoration to show off your Duck pride! 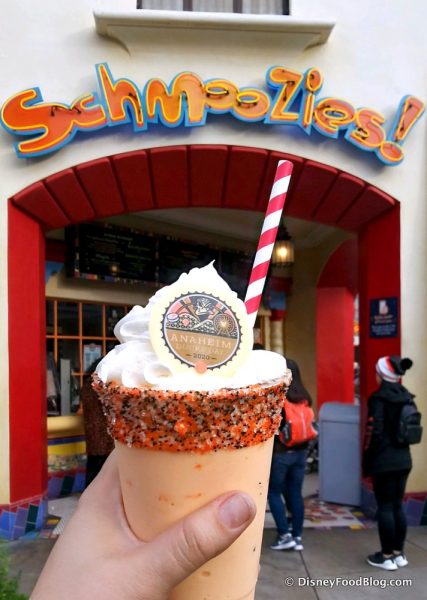 The pineapple flavor really comes through at first sip, and kinda reminds us of Dole Whip! But then the orange comes zooming in (in true Flying V formation!) followed by the more subtle notes of guava at the end. The vanilla ties all the flavors together nicely. And all that tasty whipped cream topping doesn’t make us mad either! 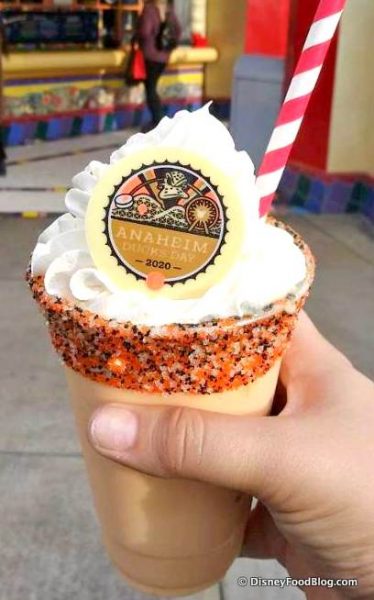 Try the Anaheim Ducks Orange Shake for $6.49 — but you’ll have to hurry because we don’t think it’ll stick around for long.

Tell us if you like attending Anaheim Ducks Day at Disney California Adventure in the comments below!