If you’ve got what it takes to pilot the fastest hunk of junk in the galaxy and escape from the First Order at Star Wars: Galaxy’s Edge, then we definitely think you’re fierce enough to pull off the new Her Universe Star Wars collection! 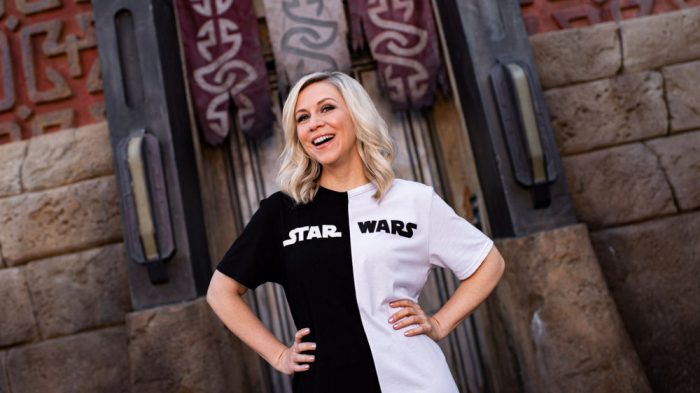 Disney shared with us a few pieces of the new collection which is now available throughout the Disney Parks and will be for sale on shopDisney.com starting January 27th! Check it out HERE!

The new Batuu-bopping apparel features a selection of t-shirts, joggers, jackets, and more! And while the Her Universe active apparel is designed for women, the Our Universe items are unisex! 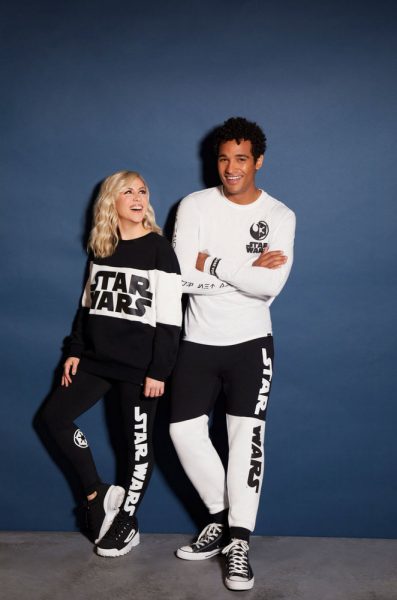 Read our pro tips for how to assimilate in Black Spire Outpost HERE!

We love the bold, graphic use of black and white — it kinda reminds us of the light and dark side of the Force! Plus, the style lines of the collection are very 90’s-esque, picking up on the retro-throwback-y trend we’ve been seeing with a lot of Disney parks merch lately! 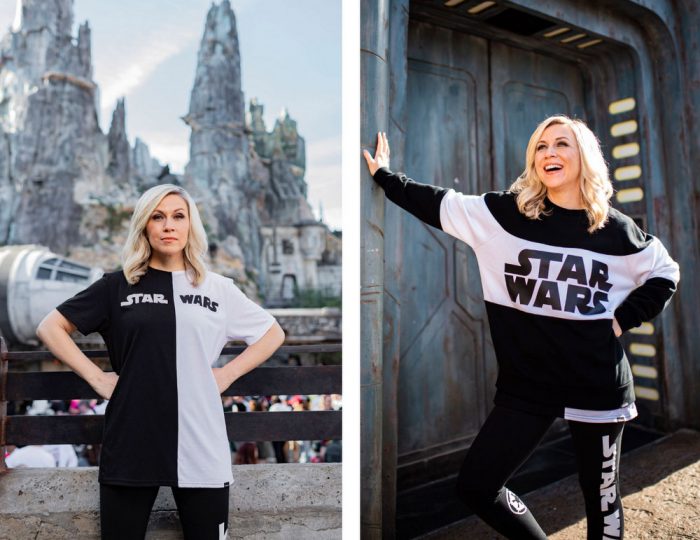 The collection also features both Rebel and Imperial symbols — so you don’t have to pick a side! And many of the items also include classic Star Wars phrases such as “May the Force Be with You,” and, “Choose Your Destiny.”

According to Disney, the collection is currently available at Disneyland Resort’s Star Trader and Launch Bay at Disneyland Park, Elias & Co. at Disney California Adventure park, and World of Disney at the Downtown Disney District. At Walt Disney World Resort you can find the collection at Tattoine Traders and Launch Bay at Disney’s Hollywood Studios, Bayview Gifts at Disney’s Contemporary Resort and Star Wars: Galactic Outpost, Star Wars: Trading Post and World of Disney at Disney Springs. We think this collection would look great with the Princess Leia Bun Minnie Ears that were released last fall — check ’em out here!

What do you think of thew Her Universe Star Wars collection? Let us know if you’ll be buying any of the pieces in the comments below!

« There’s Been ANOTHER Change to Extra Magic Hours in Hollywood Studios!
And The Award Goes To…The NEW Asada Fries at Disney California Adventure! »