We sure do love that sassy pixie who can rock a top knot like no other! 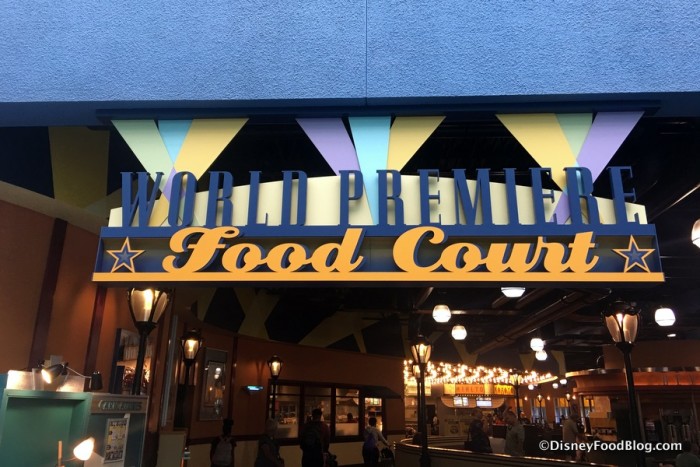 And ya know we just had to go searching for our fairy friend on our latest trip to Disney World today! That’s right — we’re seeking out the Tinker Bell Cupcake!

While the Tinker Bell Cupcake isn’t new, it is very ELUSIVE! You see, we’ve found this treat previously at Disney’s All Star Music Resort, but she flew off before we could review her! 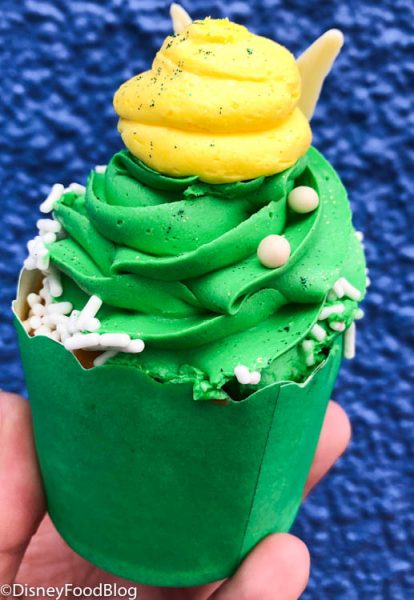 But now she’s landed back at the World Premiere Food Court in Disney’s All Stars Movies Resort and we finally nabbed her! 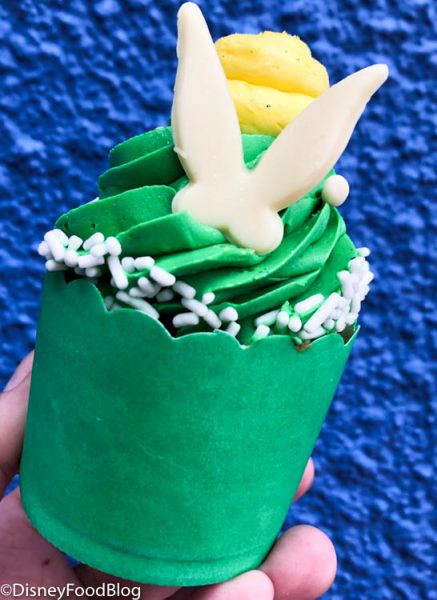 The Tinker Bell Cupcake is a super moist yellow cake with key lime buttercream icing while Tinker Bell’s signature hairdo made with lemon buttercream. It’s also dusted with edible glitter, sprinkles and a set of fairy wings made out of white chocolate. 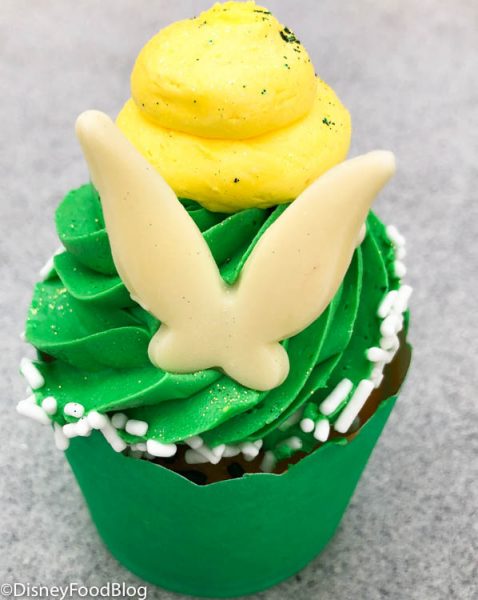 This new version is different from the Tinker Bell Cupcake that All Stars Music previously served which consisted of a chocolate cupcake with a key lime filling. Ain’t nothin’ chocolatey happening here folks! The key lime filling is missing in action — replaced with something else which you’ll see in a sec! 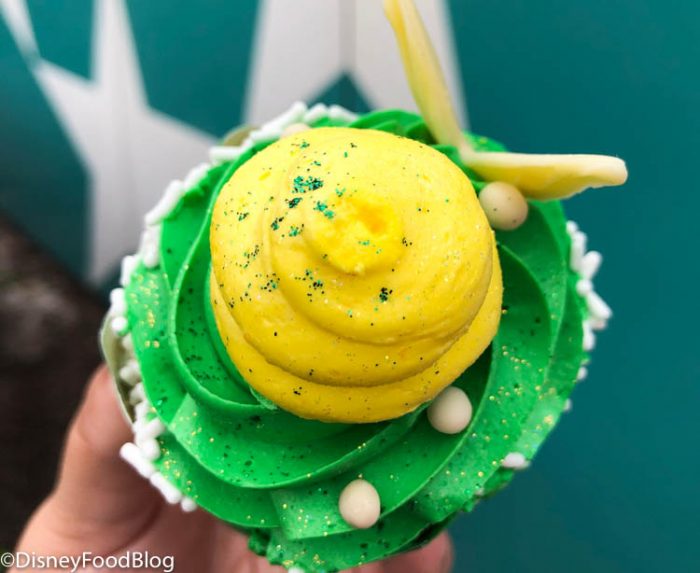 You see, when we cut into the Tinker Bell Cupcake, a bunch of dark green sprinkles poured out — AS IF BY MAGIC! Hey, pixies are going to pixie dust everything, right? That’s just how they do. The citrusy flavor of the buttercream tasted great with the rich, dense yellow cake. Between the MASSIVE mound of tart buttercream and the cake, this was a total slam dunk for us! 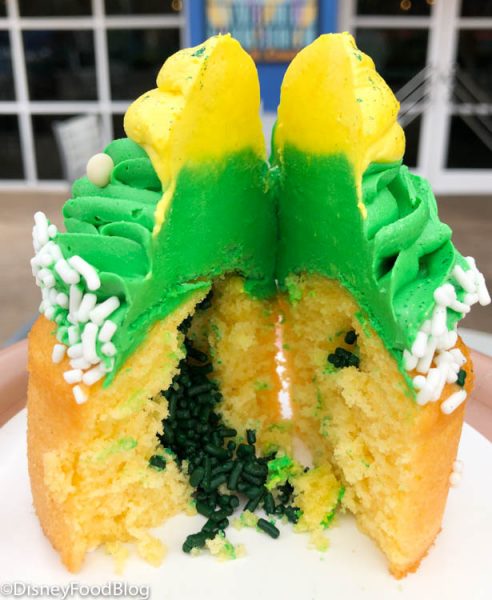 The Tinker Bell Cupcake costs $5.99 and she’s currently residing at All Stars Movies although we don’t know how long she’ll be around until she has to fly home to Pixie Hollow, so head there quickly if you wanna catch her! And if you’re looking for even more interesting cupcakes to try at Disney World today, check out the Samoa Cupcake at Disney Springs’ Sprinkles!

Will you be taking snatching up the Tinker Bell Cupcake? Let us know in the comments below!

« REVIEW! We Could Eat an Entire BOX of the Samoa Cupcakes at Sprinkles in Disney World!
NEWS! Disney World Chefs are Giving Back With Two HUGE Charity Dinners Next Month »