The Galactic Grill serves up counter service eats (and even some stellar Star Wars souvenirs) in Disneyland’s Tomorrowland. 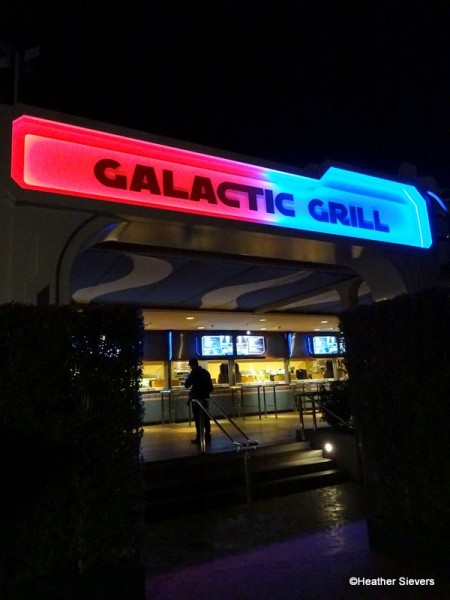 And a fun new find on the menu these days is a glittery galactic sweet that you can’t help but stare at before eating… Check out the Galactic Parfait! 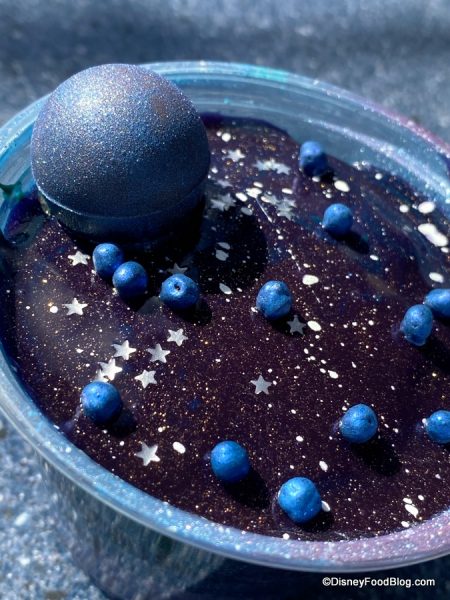 This “galaxy Parfait” layers blue cheesecake over a bit of chocolate cake and a mound of purple mousse at the bottom together with raspberry marmalade. 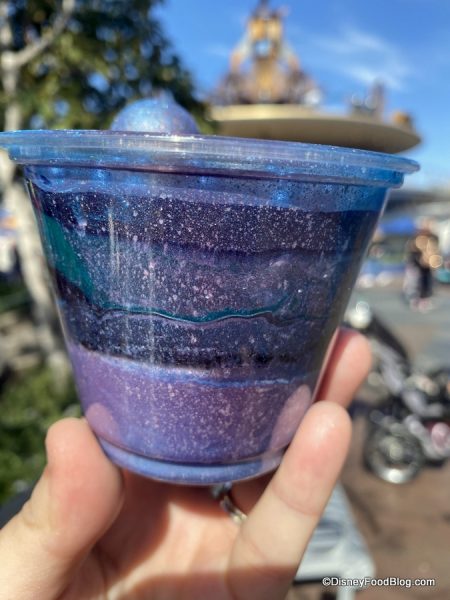 The entire dessert is finished with a “Glitter Glaze” complete with edible silver stars and a hollow milk chocolate piece (which is slightly reminiscent of the Death Star in appearance). 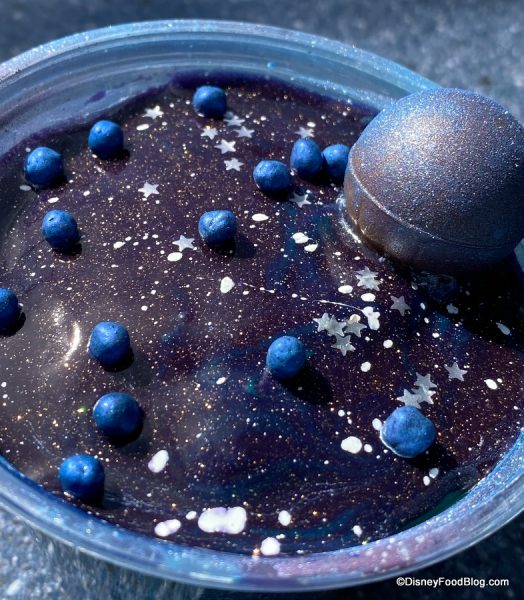 The components of this dessert — cake, cheesecake, and mousse — come together to make one very, very, VERY sweet treat. 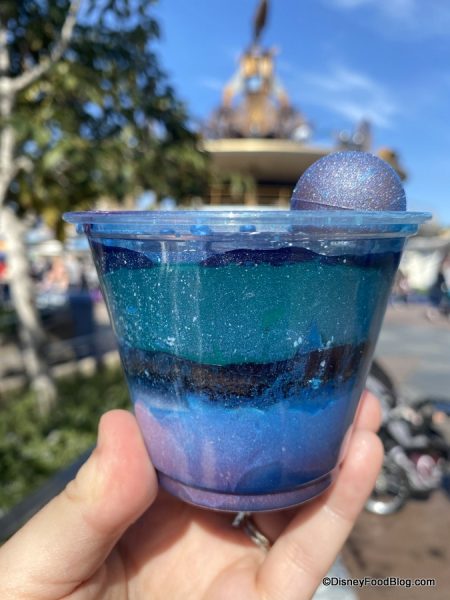 The raspberry marmalade does bring a bit of balance to the taste. And while we’d like to think that’s a bit of the Force in action, it really offers just a hint of flavor variation against the sugar rush. 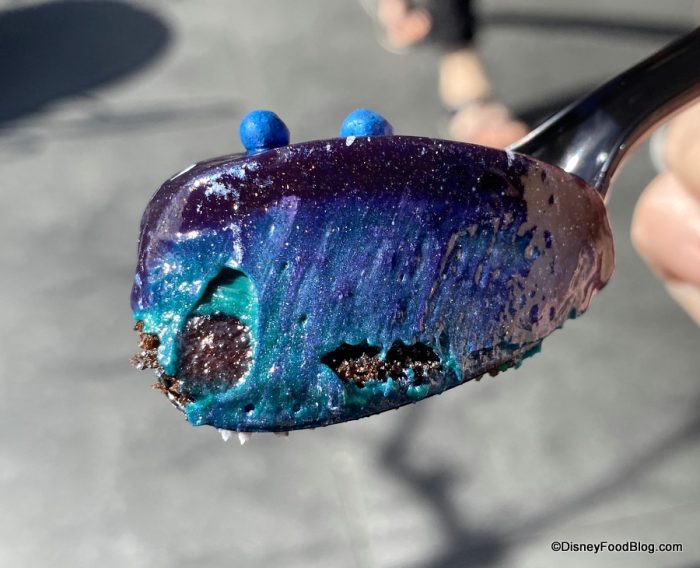 We highly recommend ordering some water to go along with it… we think you’ll need it after all that! We sure did.

If you do choose to try the Galactic Parfait, you’ll find it at Galactic Grill for $5.99. Of course, you may be thinking, “Do. Or do not. There is no try.” 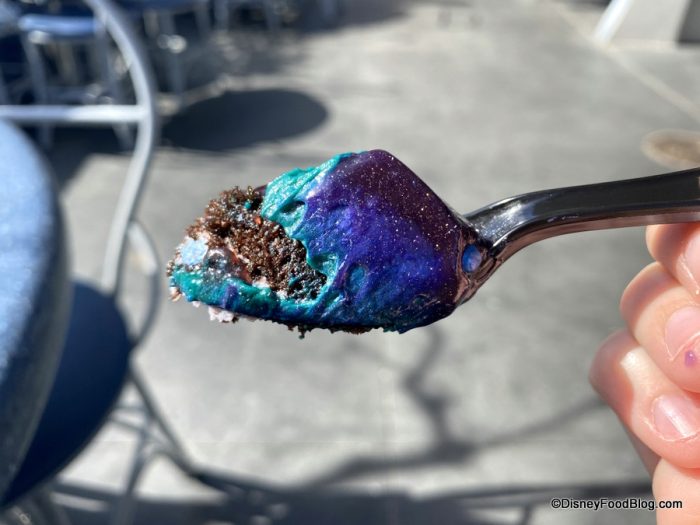 So which one will it be for you?