We’ve been OBSESSED with the designs of the new ABC Disney Collection we spotted in Disney World! 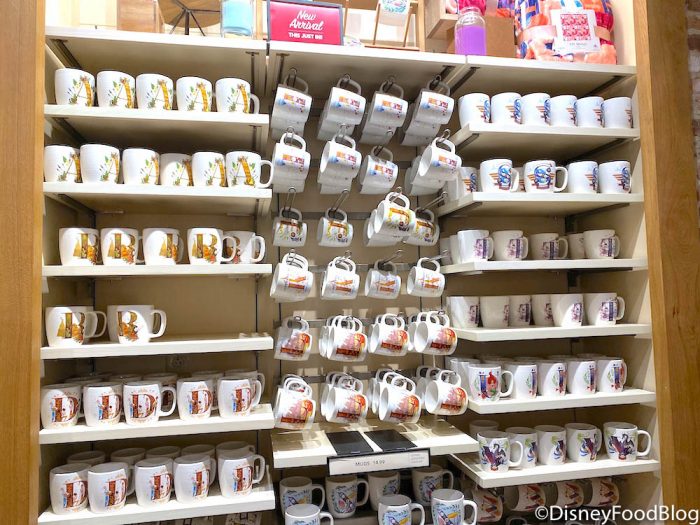 The mugs and trinket boxes have now been popping up in Disneyland too! While we were at the World of Disney in Downtown Disney, we just happened to notice that a few of the letters have different artwork than the ones in Disney World! Let’s find out if YOUR letter got a makeover!

Since we’re over in Disneyland, the C Mug is taking on a new look with hues of pinks and rose to showcase Sleeping Beauty Castle! 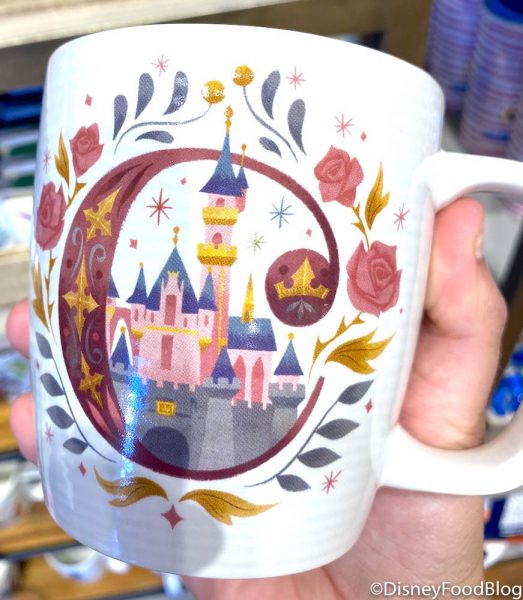 And, it’s no surprise that this $14.99 mug is a lil different from the blue Cinderella Castle version in Disney World (we still love you too, Cindy!)! 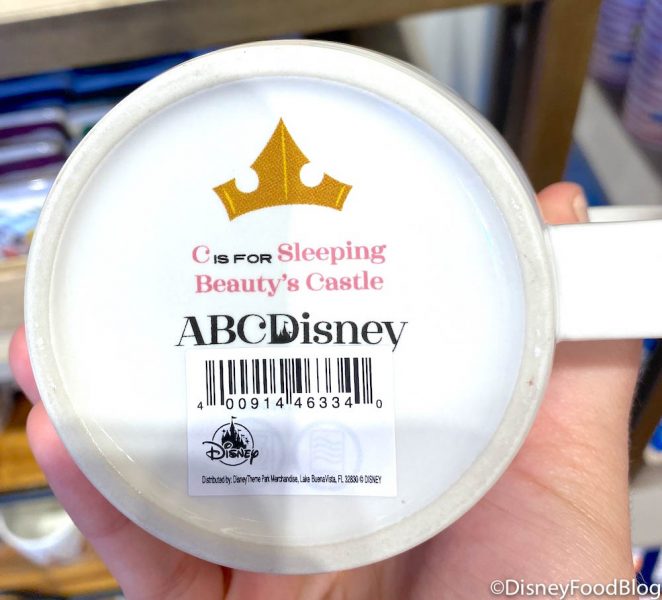 While Magic Kingdom has the Seven Dwarfs Mine Train with Grumpy and the gang, Disney California Adventure has the Grizzly River Run… 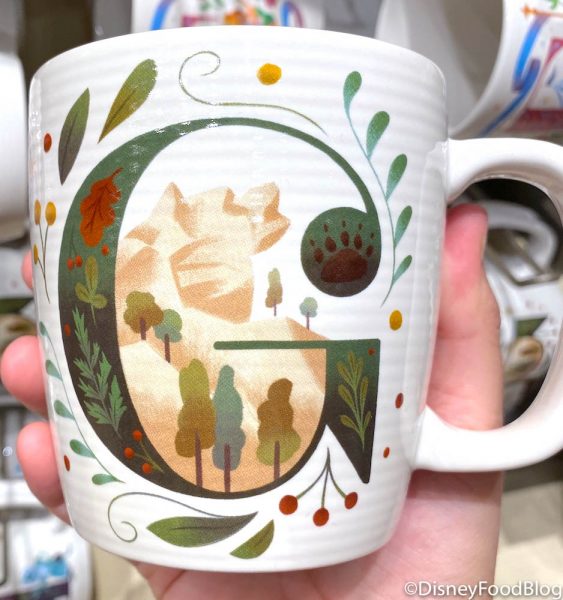 …which can make a visit to the park GRReat!! 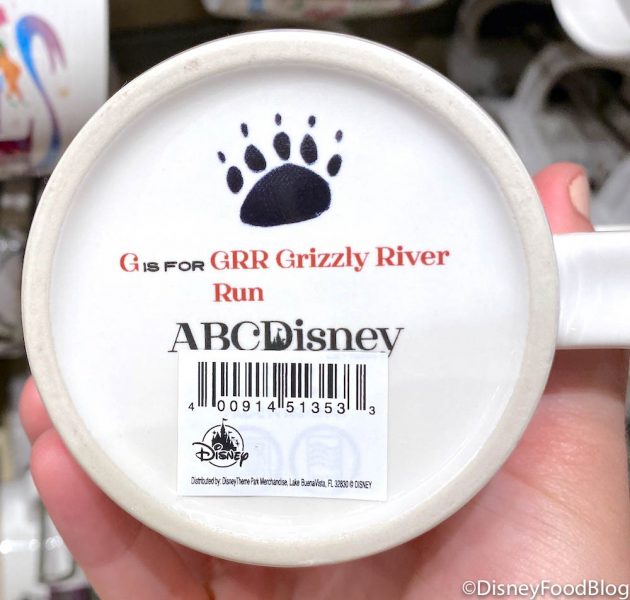 You can hop into a safari ride at the Kilimanjaro Safaris in Animal Kingdom, ooor you can travel like royalty on the King Arthur Carousel in Disneyland! 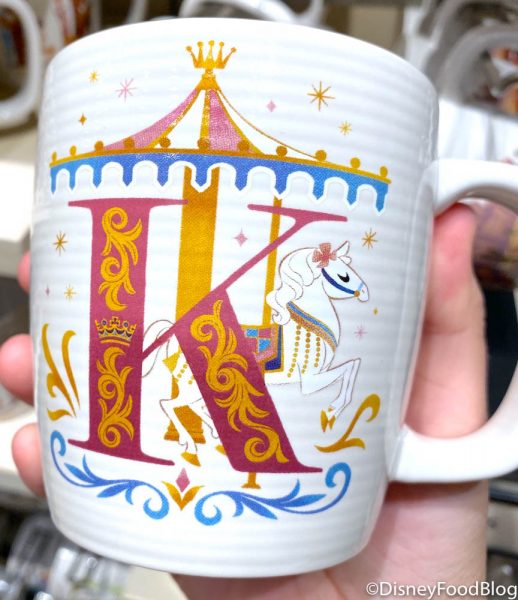 Do you have a favorite horse to ride on the carousel?? 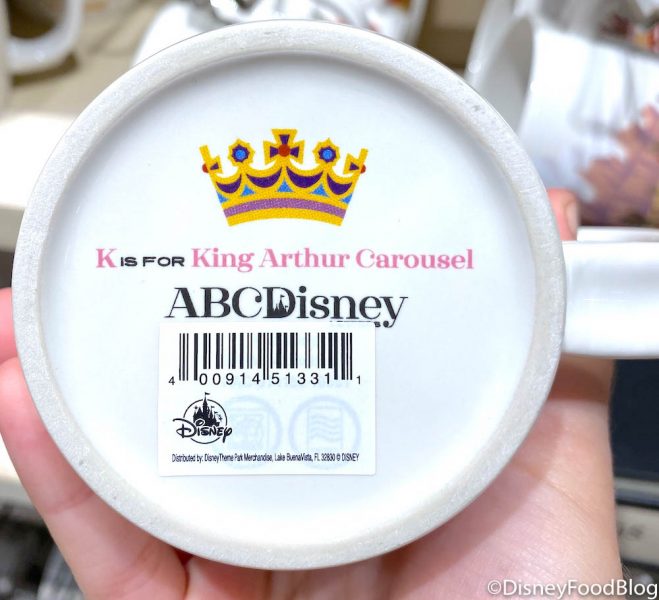 Also in Animal Kingdom, the L Mug celebrates the Festival of The Lion King with plenty of influence from African culture. Buuut, we’re taking things to Route 66 in Disney California Adventure with Lightning McQueen… 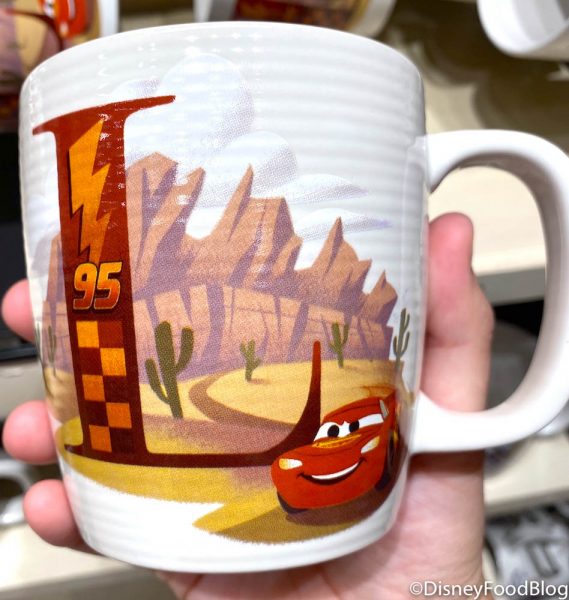 …inspired by the Radiator Springs section of the park! Ka-Chow!! 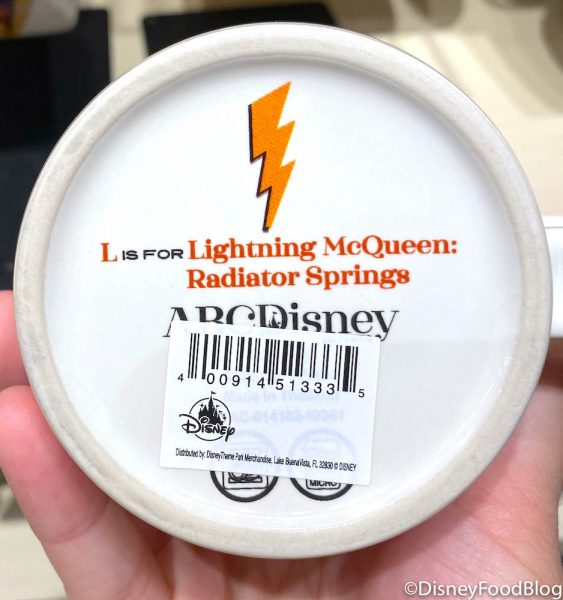 While both parks have Main Street, U.S.A. with horse-drawn carriages like the M Mug in Disney World depicts, Disneyland also has the Matterhorn Bobsleds for guests to escape the Abominable Snowman. 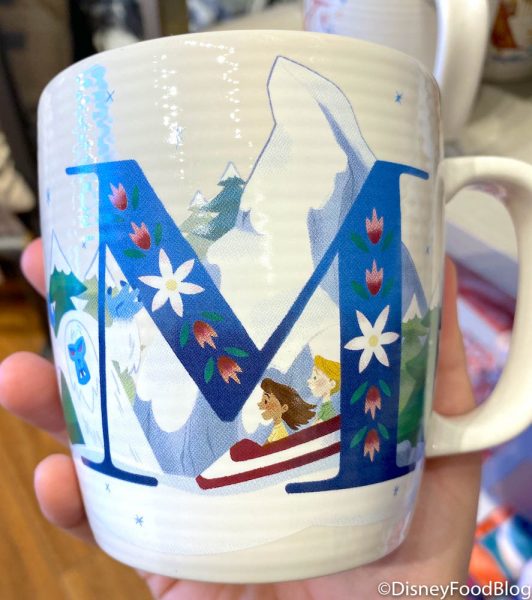 It’s a good thing those quick twists and turns really help us with our getaway! 😉 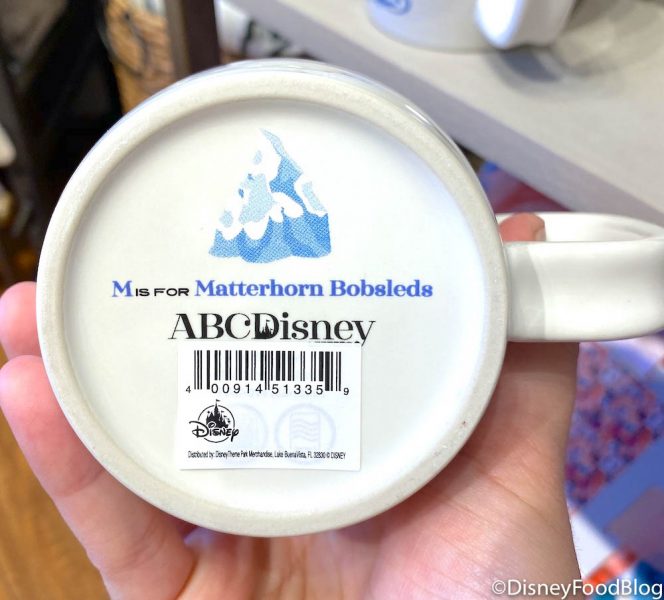 Both N Mugs in Disney World and Disneyland are inspired by Finding Nemo. Buuut, while Florida has The Seas with Nemo and Friends, California is making a splash with the Finding Nemo Submarine Voyage… 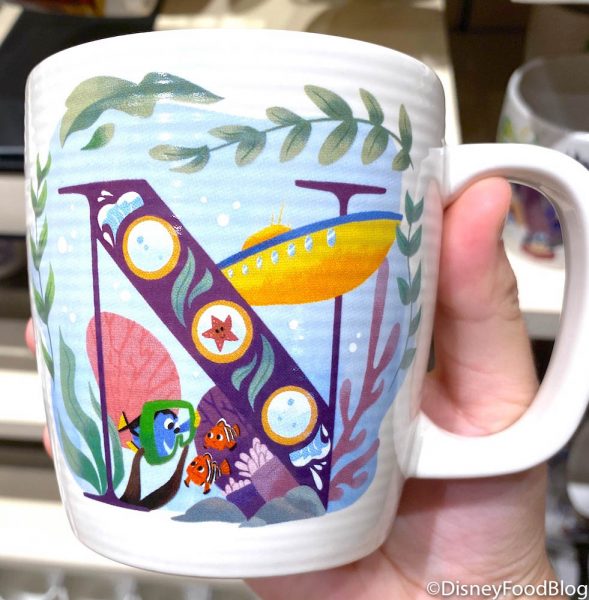 …which takes guests on a journey under the sea to visit all their favorite fish friends! 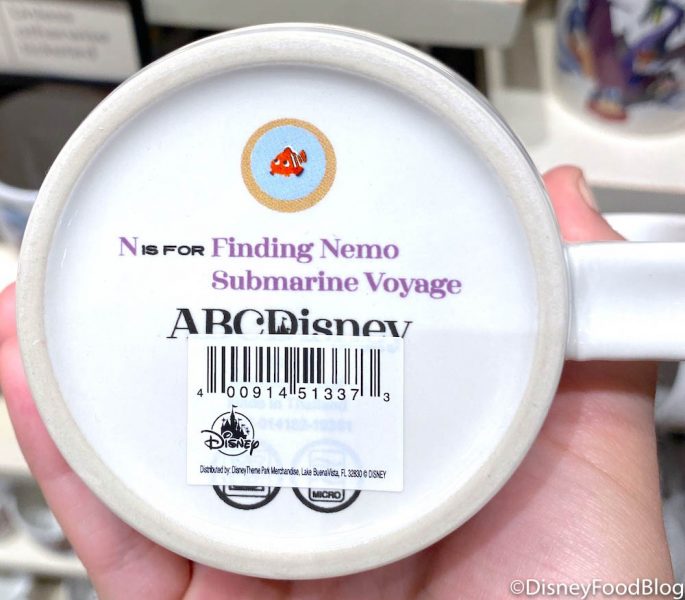 While you can stroll around the World Showcase in Epcot, the World of Color is a water show filled with music, lights, and projections nestled in Pixar Pier. 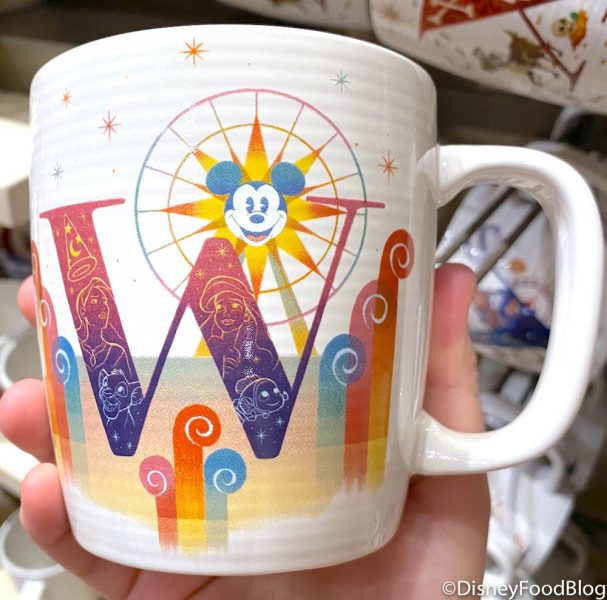 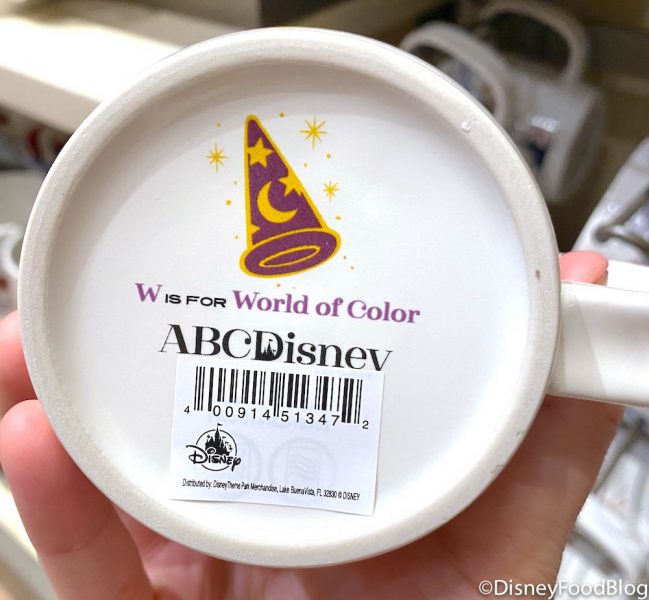 Back in the Asia at Animal Kingdom, guests narrowly evade the Yeti on Expedition Everest. However, Disneyland takes us on a different kind of enchanted journey into imagination with Mickey and the Magical Map! 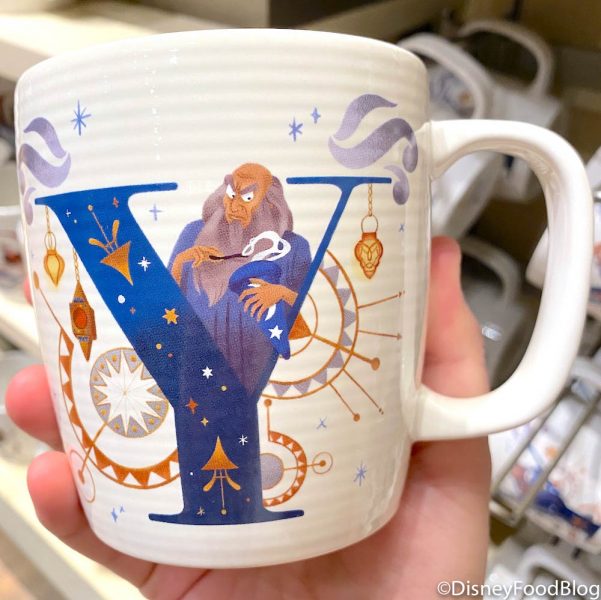 Mickey must learn the secret of the map to become a world painter along with the rest of sorcerers in Yensid’s workshop! We believe in you, Mickey!! 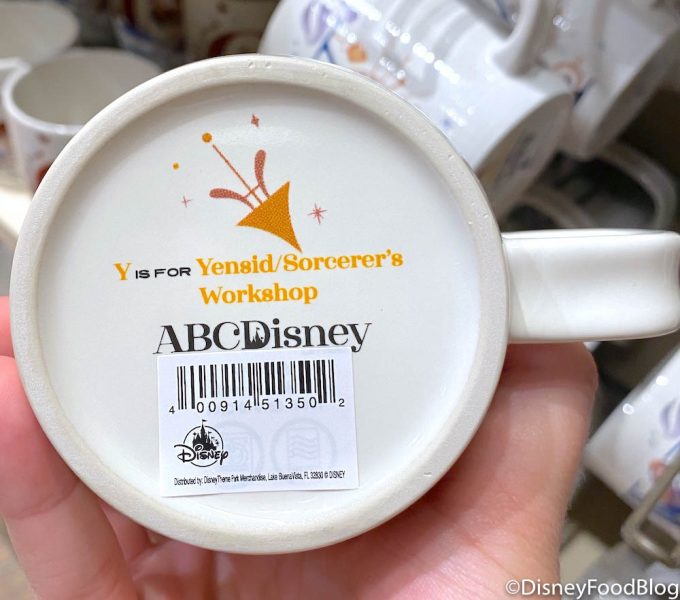 Just like the C Mug and the M Mug, Disneyland’s version of both Trinket Boxes are also different from Disney World’s! The Sleeping Beauty Castle Trinket Box is $17.99 and features the same design from the mug… 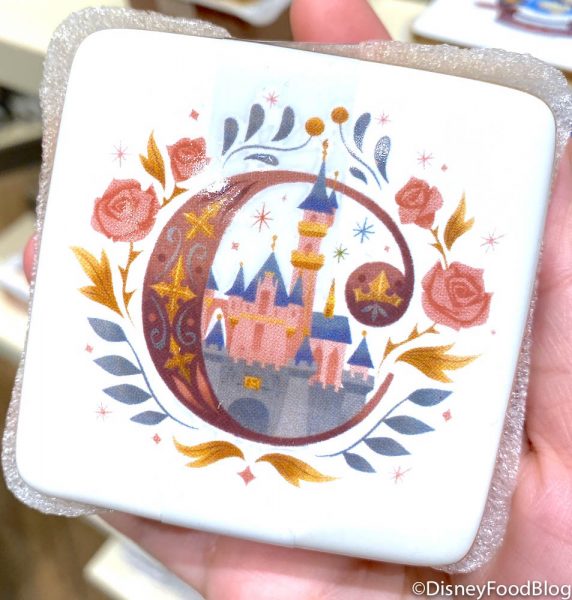 …with a pink bottom, instead of a blue one! 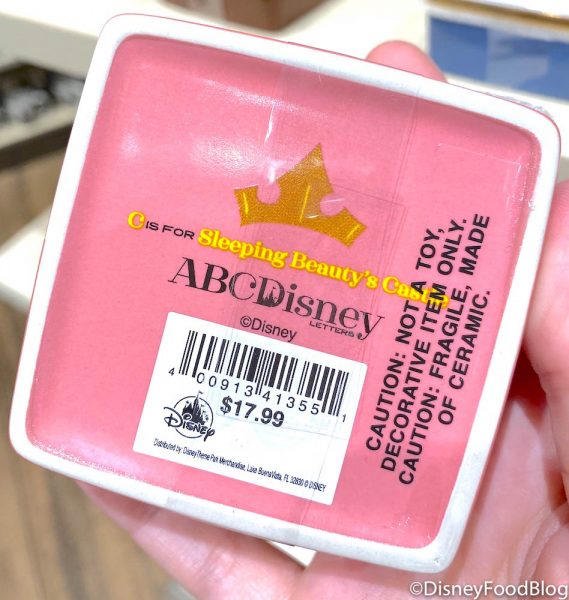 And, the Matterhorn Bobsleds Trinket Box has guests on a winding adventure through the snowy mountains like the mug does… 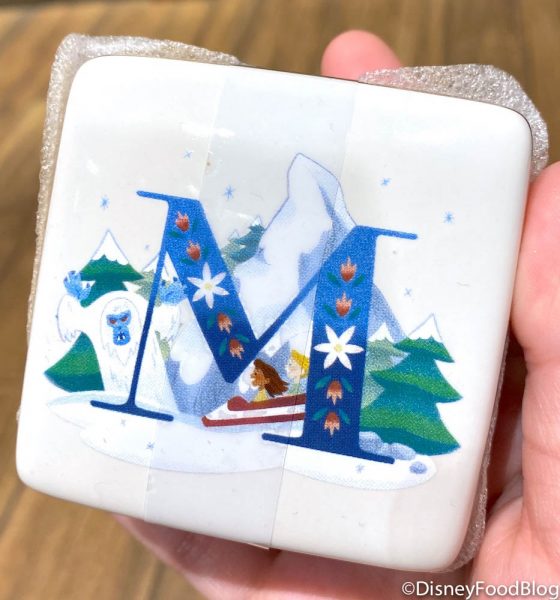 …with an icy blue bottom, perfect for the attraction! 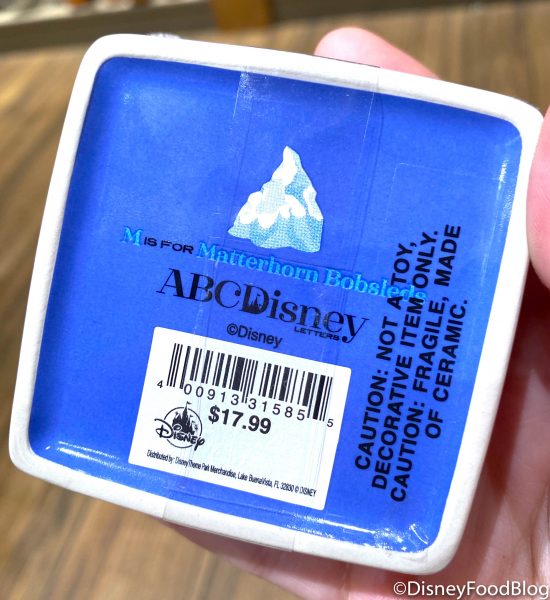 We LOVE the fact that each of the Disney Parks has their own unique twist on the ABCDisney Collection. It just means that we’re going to have to grab them all!!

Take a look at all 26 letters of the ABCDisney alphabet in Disney World here!

Which ABC Disney mugs and trinket boxes have you collected? Let us know in the comments below!