While getting to Disney’s Hollywood Studios early enough to snag a Rise of the Resistance boarding group takes a lot of commitment — it also sometimes means skipping out the door without any breakfast! 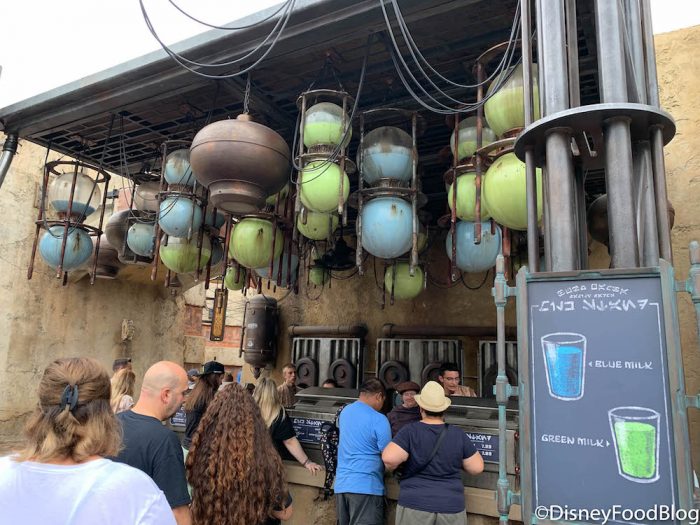 And recently the Black Spire Outpost has been infiltrated by more hungry travelers than First Order Stormtroopers! But Star Wars: Galaxy’s Edge has heard the cry of our growling stomachs and is responding with this unique solution: the Milk Stand is now serving breakfast!

Of all the spots to grab a quick bite on Batuu, we weren’t exactly expecting the Milk Stand to step forward. After all, this kiosk has really only specialized in one thing until this moment — milk. (Well, two things if you count green milk and blue milk as their own separate entities!) 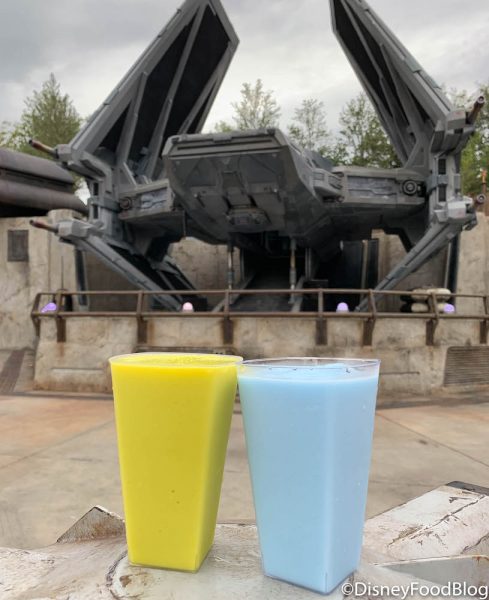 But starting today, you can find three unique breakfast entrées (that are also snack-credit eligible!!) at the Milk Stand! Just like many of the meals you’ll find in Galaxy’s Edge, they have interesting galactic names — and we wanted to try them all! 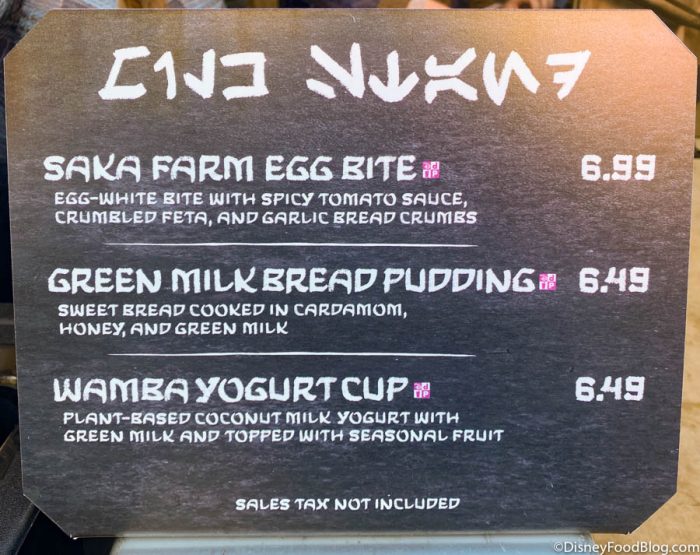 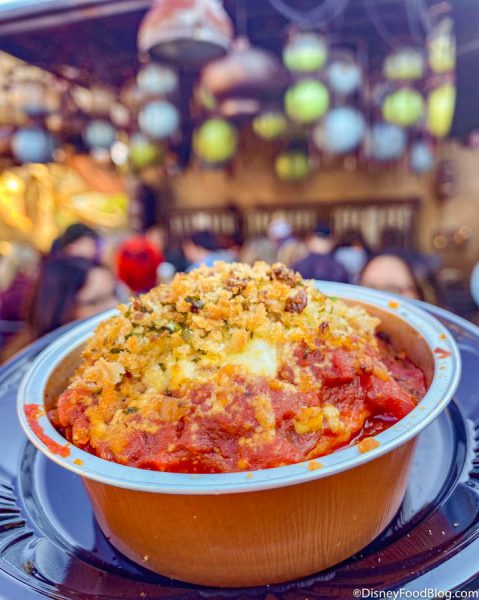 The egg was cheesy and cooked well while the spicy tomato sauce definitely brought some heat! It might not be the best option if you don’t like spicy foods, but we thought it paired well with the garlic crumbles on top! 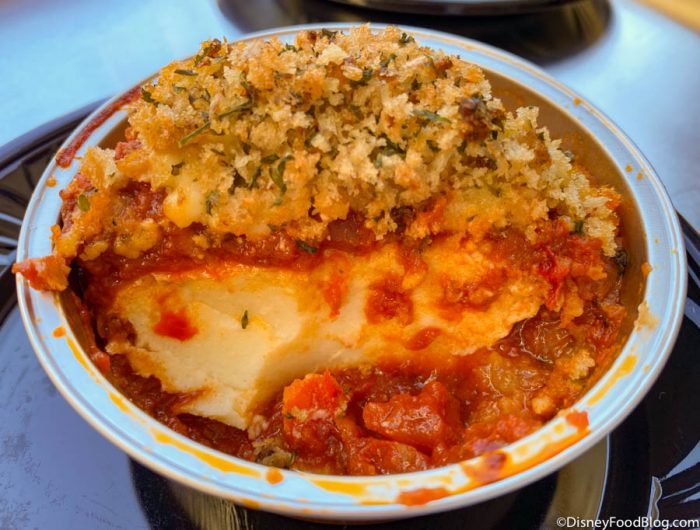 It’s no Ronto Wrap, but for a snack credit, we thought this was a small, yet filling start to the day!

Next on the docket — Milk Stand’s Wamba Yogurt Cup for $6.49! This one’s made with a plant-based coconut milk yogurt, green milk, and seasonal fruit. 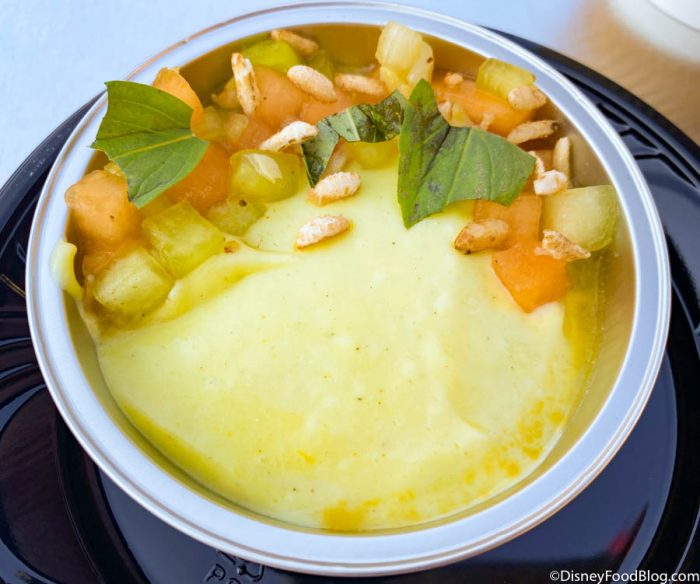 We have to admit, we had pretty low expectations for this one because we aren’t the biggest yogurt fans — but we were pleasantly surprised! The yogurt was tart and we enjoyed tasting the fresh mint throughout. 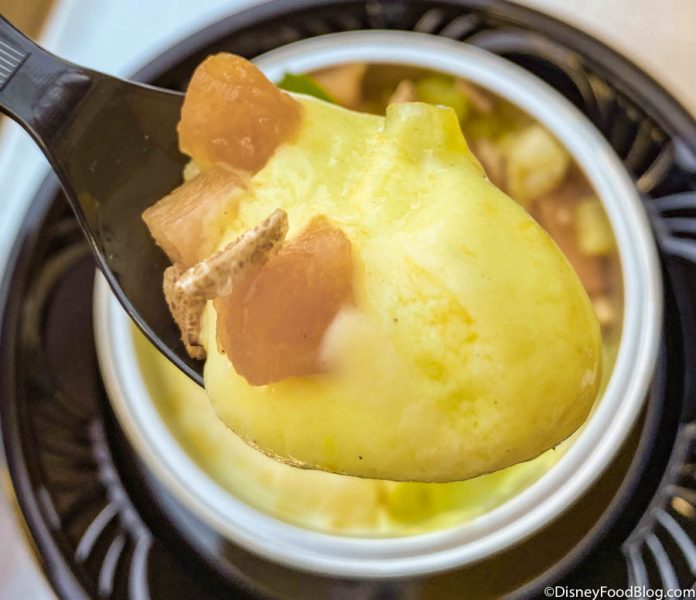 Making plant based yogurt sounds like no easy task, so we thought they did a great job offering another plant-based option!

And now, the item we were most intrigued by — the Green Milk Bread Pudding! Also $6.49 this is made with sweet bread cooked in cardamom, honey, and green milk. Now you can have your Green Milk, AND eat it too! 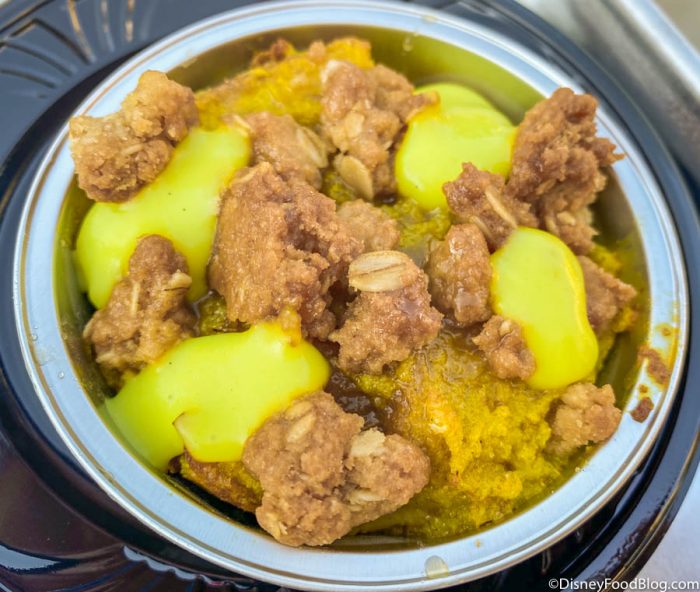 The bread pudding is topped with a thicker, almost pudding-like version of the green milk that comes in the glass and sweet, crumbly  streusel pieces that we thought were the star! 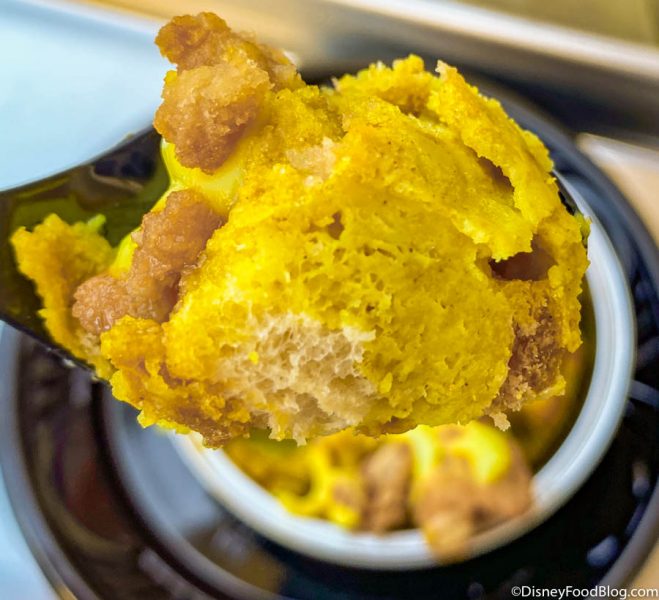 The Bread Pudding itself was moist and had hints of the green milk flavor that weren’t too overpowering! If you’re a fan of green milk and bread pudding, this may be the perfect breakfast for you! But if green milk isn’t your jam, there’s no hiding it in this snack.

Need something to wash that Green Milk Bread Pudding down? Great news! Although we didn’t see it listed on the menu, the Milk Stand is also pouring up fresh coffee in the morning! 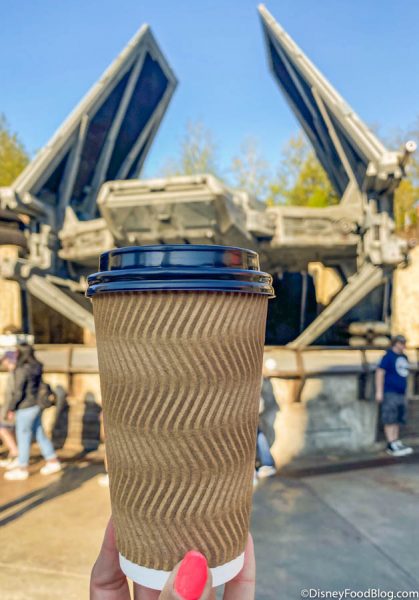 This “secret menu item” turned out to be a classic black coffee but there were creamers and sweeteners nearby if you want to spruce it up! 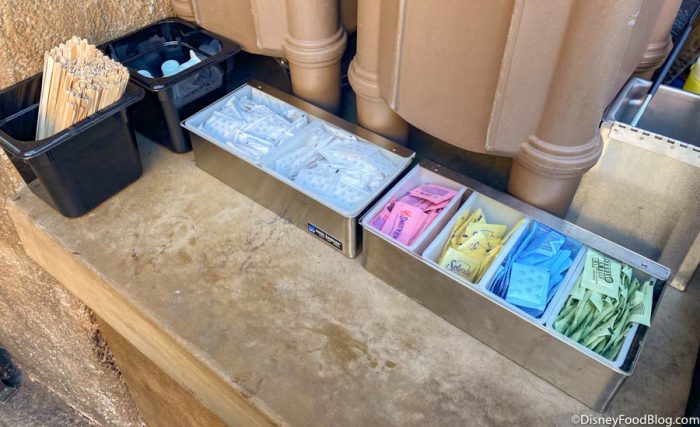 The Milk Stand’s new breakfast options definitely had us feeling like we were eating in a galaxy far far away! While they may be a little far-fetched for younglings or someone searching for a classic breakfast, adventurous travelers might just find something to love!

Don’t forget there are plenty of additional breakfast options located throughout the Black Spire Outpost including a Ronto Morning Wrap and Tugg’s Overnight Oats at Ronto Roasters while Docking Bay 7 Food and Cargo serves a slightly fancier version of Tugg’s Overnight Oats as well as the Bright Suns Breakfast Platter and Mustafarian Cinnamon Roll!

Will you be trying the new breakfast offerings on your next trip to Disney World’s Star Wars: Galaxy’s Egde? Let us know in the comments below!

« My Family Got Sick in Disney World. Here’s What Happened…And How YOU Can Prepare!
ABC Disney Items Spotted in Disneyland — But With NEW Designs?! »