When Disney World announced they were closing due to Coronavirus concerns, we were interested to see how the company would navigate such an unprecedented move.

Unscheduled closures of Disney World are rare. In fact, the current instance marks only the ninth large-scale closure in the nearly 50-year history of the park. And, since it is Florida, you won’t be surprised to hear that most of these were weather-related! Let’s take a look back at how Disney World has handled different types of closures in the past.

Let’s start with the instance at the top of everyone’s mind: the current shuttering due to the Coronavirus. This is the longest park closure in Disney World history. Several of our readers who were in the parks when the news came out were generous enough to share their stories with us. One reader was surprised to hear the news from social media before getting any official word from Disney:

“Disney has not officially contacted us. They didn’t even call us and it seemed like social media knew before Cast Members. But we did see on social media that they were closing after Sunday. So we went to speak to the front desk at our resort last night. They were very friendly and helpful with all of our needs.” 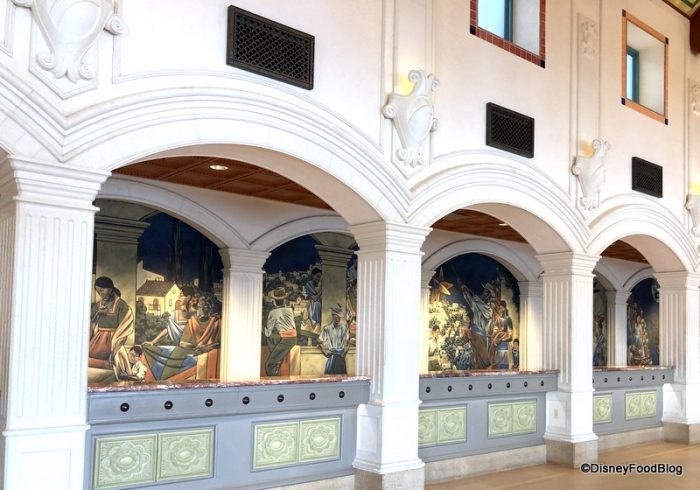 This wasn’t the only instance we heard of a guest hearing about this news from social media before getting an official word from Disney. Another guest shared this letter they received in their room while they were out in the parks. 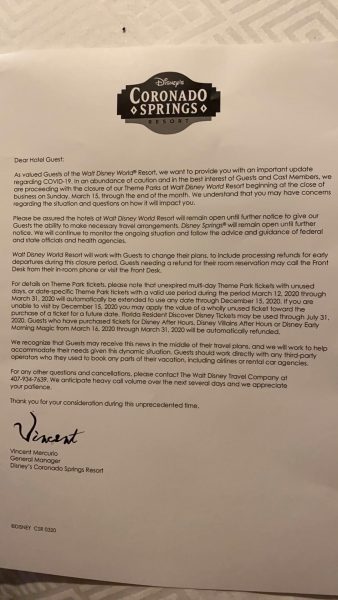 Along with the closure information released by Disney at the time, the letter instructed hotel guests they could use their in-room phones to call the front desk and work out how to modify or cancel their travel plans. While this type of large-scale closure had a huge impact on travel plans for guests, especially those mid-trip, the good news is that Disney has been very accomodating about refunds and adjustments to travel plans.

Any guests with a Disney Hotel reservation between March 16th and March 31st have the ability to cancel online through My Disney Experience under “My Reservations” or call (407) 934-7639 to modify or cancel their Disney World Hotel reservations. The full value of the booking can be applied towards future visits without penalties or fees. 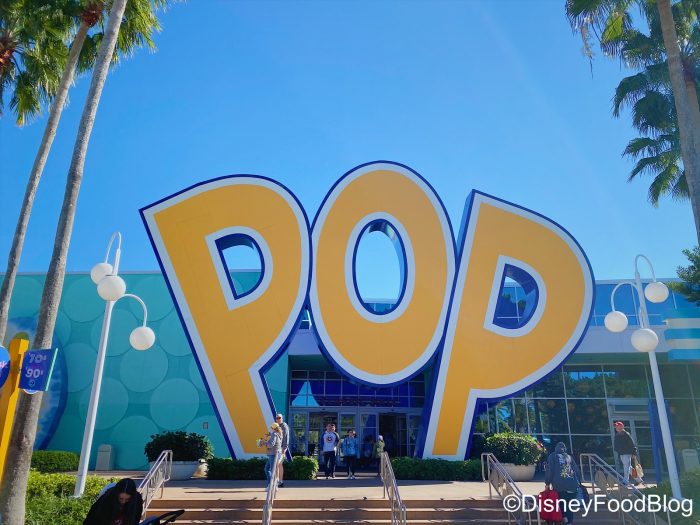 As far as park tickets go, Disney will automatically extend multi-day tickets with unused days or tickets that were specifically-dated between March 12th and March 31st, 2020 until December 15th, 2020. Disney will credit guests for the value of unused tickets toward another ticket purchase for a future date if they’re unable to reschedule before December 15th. 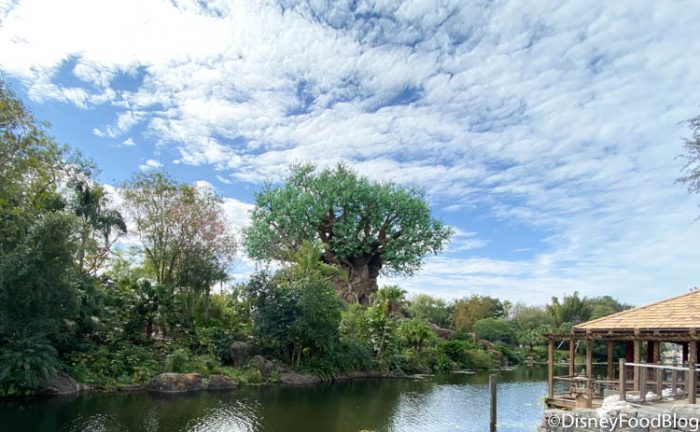 You can read MORE about what Disney is currently refunding here.

While the parks were closed after the end of the day on March 15th, 2020, it was also announced that Disney will be closing all Disney-owned locations at Disney Springs starting March 17th and all Disney World Resort hotels at 5:00 p.m. on March 20th.

As of now, the parks are set to remain closed until at least the end of March, but based on the extended closures in Tokyo, Shanghai, and Hong Kong, that date could possibly be extended. Since this is an unprecedented closure, we’ll keep you posted!

Disney World being located in central Florida places it right in the path of many hurricanes for the better part of each year. Hurricanes are the most common reason for unplanned closures of Disney World. In fact, seven of the nine closures in Disney World history have been hurricane-related. 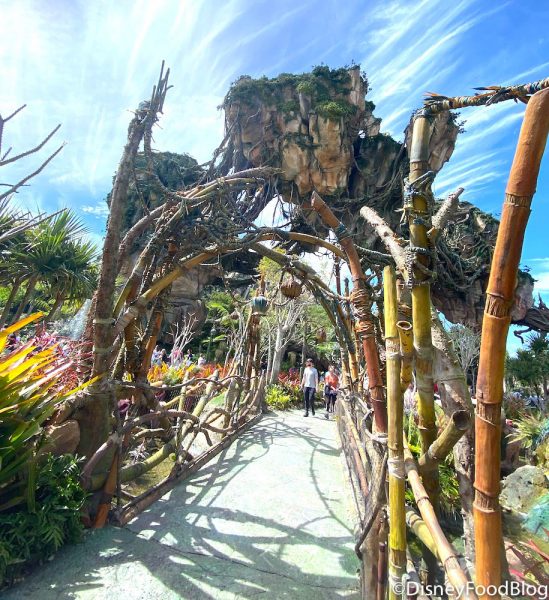 Most recently, Disney World parks closed in preparation for Hurricane Dorian in 2019. With hurricane closures, activities like the parks, Disney Springs, and sporting events are closed before the storm is projected to make landfall, for the safety of both guests and Cast Members.

But, the Disney Resort hotels have stayed open during hurricanes in the past. We have seen restrictions implemented during particularly dangerous times to ensure guest safety. Guests with external rooms (not in the same building as the lobby or dining area), have been asked to remain in their rooms. 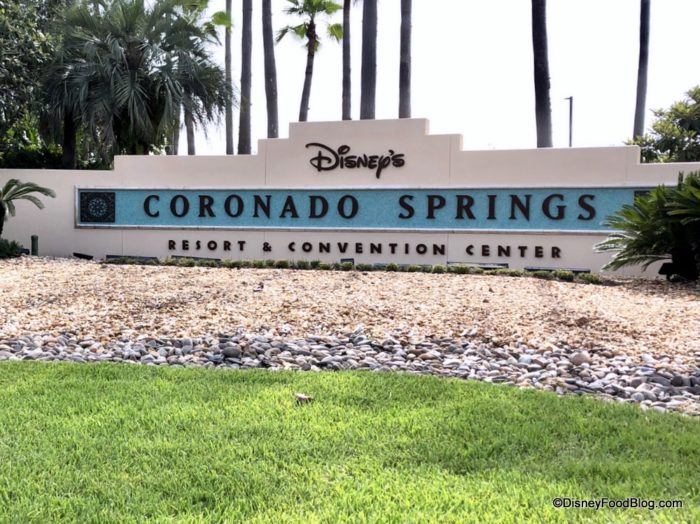 During hurricanes, Disney implements a Cast Member “ride-out crew” that stays at resorts with guests, as well as Cast Members dedicated to staying with the animals at Animal Kingdom. With other activities being shut down, Resort hotels have offered additional activities for guests during previous hurricane closures. We’ve seen these ride-out crews help bring events like character meet and greets, movie marathons, and kids activities to guests during these times. 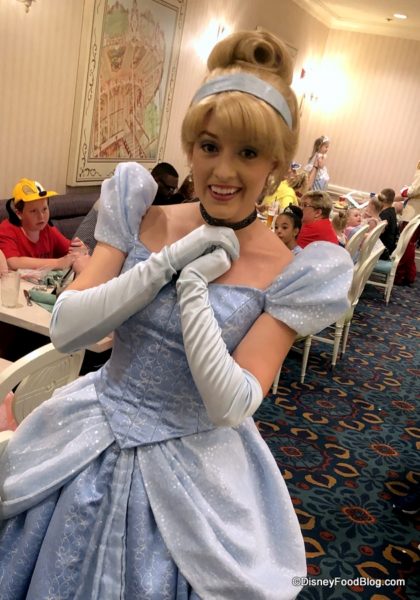 Disney is also more lenient on their cancellation policies when severe hurricanes threaten closures. In the past, we’ve seen them waive cancellation and change fees for vacation packages and room-only reservations scheduled within 7 days of the arrival date. Since Disney’s policy is subject to change, you can check out the current information here. 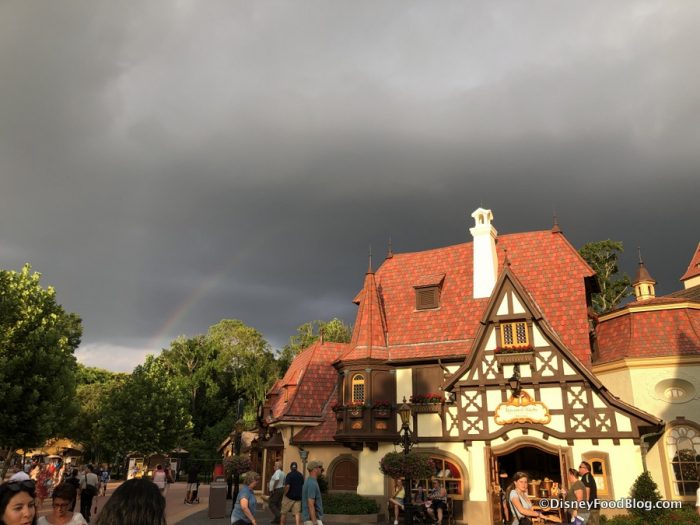 When news broke of the terrorist attacks on September 11, 2001, the gates at Disney World parks had already opened for the day. The decision was made to shut down the parks, so Cast Members ushered guests out by forming a “human chain” and directing everyone to the park entrances. 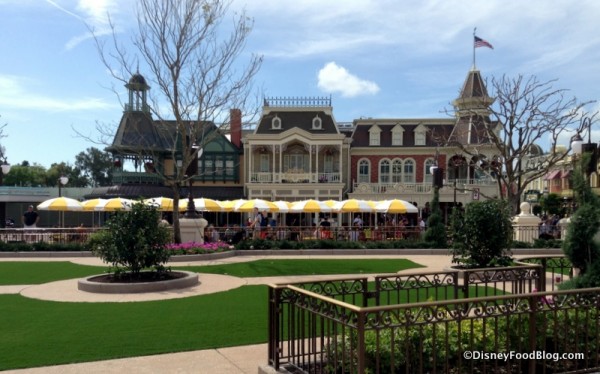 Cast members were instructed not to tell guests the reason for the sudden closure. While this caused confusion and even anger amongst some guests, this was intended to avoid a panicked response from the crowds.

Guests were given complimentary tickets at the gates as they exited the parks. Back at the Resort hotels, pools were kept open late and additional activities were provided for guests. The parks were reopened the following day, with additional security measures that had been implemented overnight. The next day, there were police on property with K9s and Disney had set up security tables to inspect guests’ purses, packages, and bags before they entered the park. 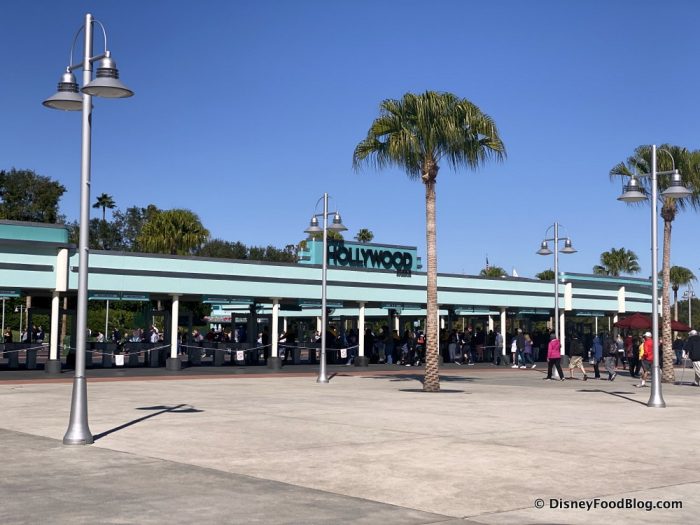 The current closure is the largest one to date in Disney World history. A few trends that we’ve seen across all of the closures are that Disney does enact more lenient policies for refunds and rescheduling and Cast Members are willing to help guests with questions and concerns as these situations develop.

We realize the magnitude of the current situation and the stories we’ve heard only represent a selection of experiences. We would love to continue hearing your stories and help in any way we can. Thank you to our readers who shared their stories with us and we will keep you updated as we hear more information!

Were you at Disney World when the park closure was announced? Share your story in the comments below!

« DFB Video: The ONLY Times Disney World and Disneyland Have Ever Closed…And Why!
Get A Discount at Jaleo By Jose Andres AND Help Restaurant Workers During Temporary Closures At The Same Time »