Since it was first announced, we’ve been SO excited for the chance to have our first meal at Space 220! But as much as we’re looking forward to our chance to dine in space…we’re also getting more and more worried about the restaurant’s timeline.

The restaurant will seat guests in a space-themed dining room that offers simulated views into space! For anyone who grew up wanting to be an astronaut, Space 220 is a dream come true! Or so we hope.

When details first started coming out about the new Space 220 restaurant coming to Epcot, we couldn’t wait to get that reservation into our My Disney Experience lineup! It sounds like this restaurant will offer a totally unique experience with next-level immersion. But, as time goes on…this poor project keeps taking hard knocks.

Just getting off the ground has proven difficult for the restaurant, and now, in the midst of a closure with no end date in sight, we’re starting to wonder exactly when we might be able to actually dine here!

When Disney announced the new space-themed restaurant in Epcot, it was scheduled to open in late 2019. 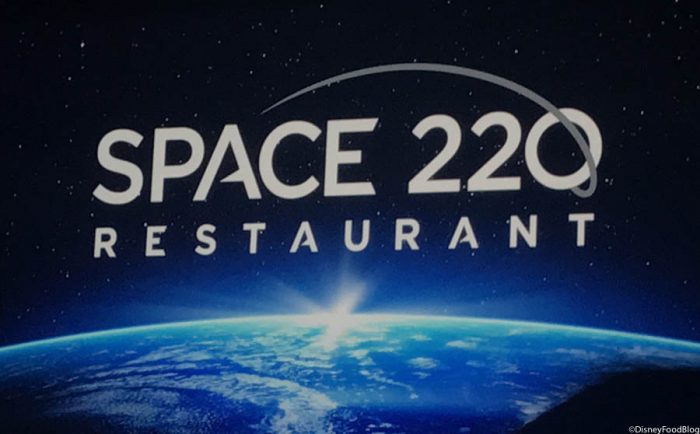 But unfortunately, the restaurant has run into some hurdles that have prevented it from being “clear for launch.” We knew things were getting dicey back in November 2019 when we found out that the previously announced Head Chef had stepped down.

This was a shocking update, especially with the restaurant opening date still planned for late 2019! 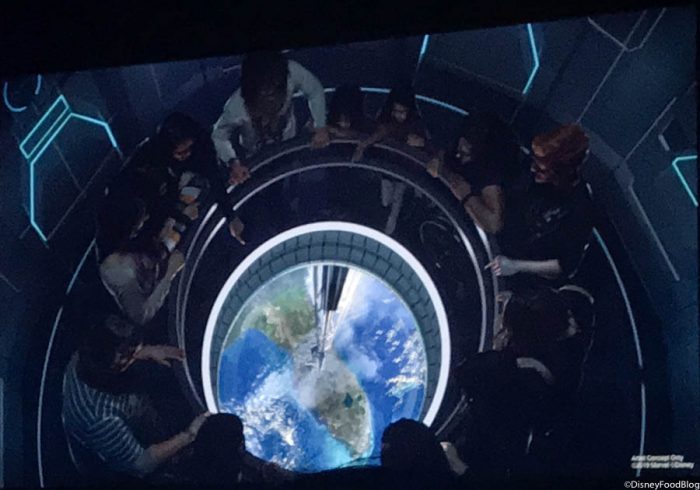 With the loss of the Head Chef and work on the restaurant still ongoing, the expected opening date for Space 220 was pushed back from the original estimate of Winter 2019 to February 2020.

While there wasn’t an official announcement about the February opening, this was the estimated start date listed on job postings for the restaurant. 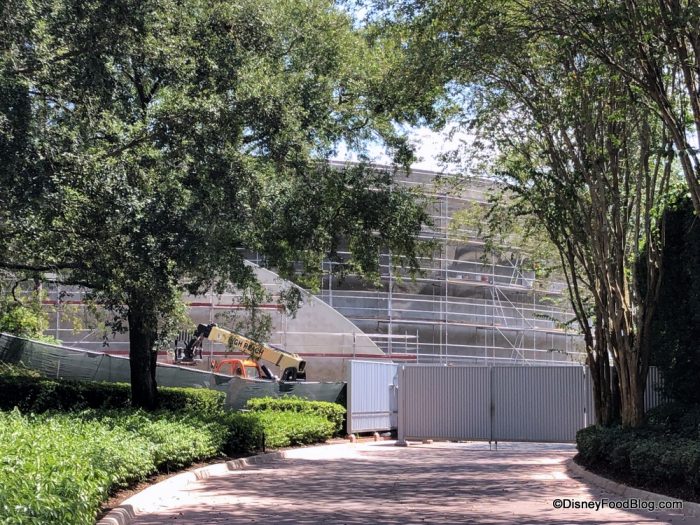 Even the official Disney World website still lists Space 220 as opening “Winter,” which has now passed. (Unless you mean NEXT Winter, Disney?)

Not too long before the parks closed, we spied the opening listed on the Epcot guide maps as a vague “Early 2020!” 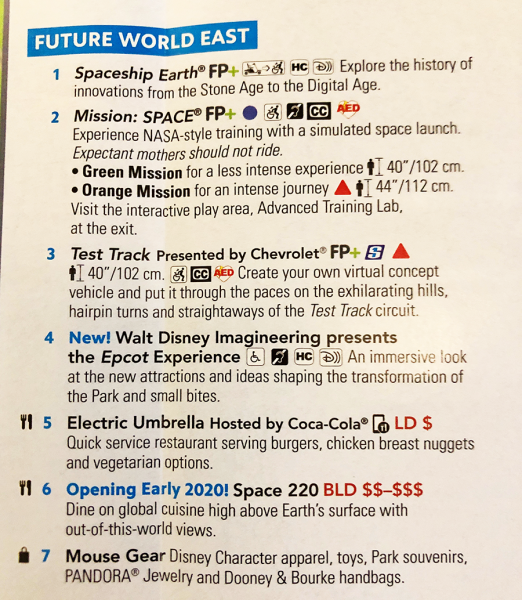 February 2020 came and went without the opening of Space 220 (even though it would have been SO awesome if it had opened in 2/20…eh???) and without any official word from Disney. Disney hasn’t released a new expected opening date for Space 220, but with the news that Disney has stopped all construction during the closure, this will likely mean even further delays for the opening date of Space 220!

So When Will It Open?

That’s the $100,000 question, isn’t it? The Disney World parks will have to reopen or at least resume construction for the restaurant to be finished. That timeline has yet to be determined by Disney. 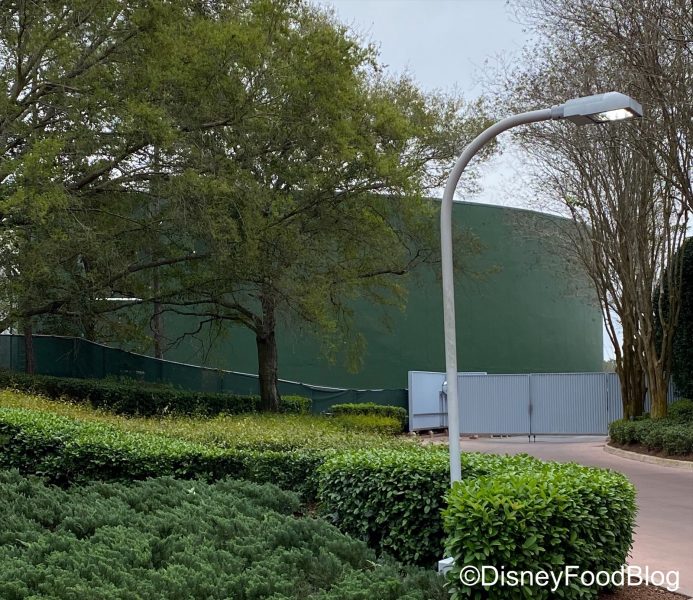 On top of that, any new Cast Members signed on to train to work in the restaurant, including servers and chefs, will be delayed until work can resume in the park. It’s possible some that signed on will find work elsewhere in the meantime, meaning some new staff may need to be hired as well. So not only will they be waiting for the building to be finished out, but they’ll still have plenty of training to get up to speed before the doors can even open. 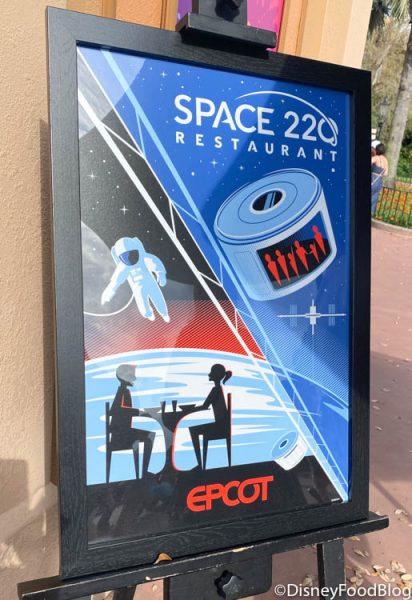 We’ve also noted pertaining to the closures that supply chains have likely been seriously disrupted by the current events. Depending on how far along the restaurant was before the closure, tables, chairs, and other necessary equipment may need to be sourced and brought in, which could take still more time.

It may be a while before the food supply is steady again as well. Remember, the entirety of Disney World will have to be restocked with food, which will be a much more involved endeavor that their usual weekly or daily restocking of food spaces. 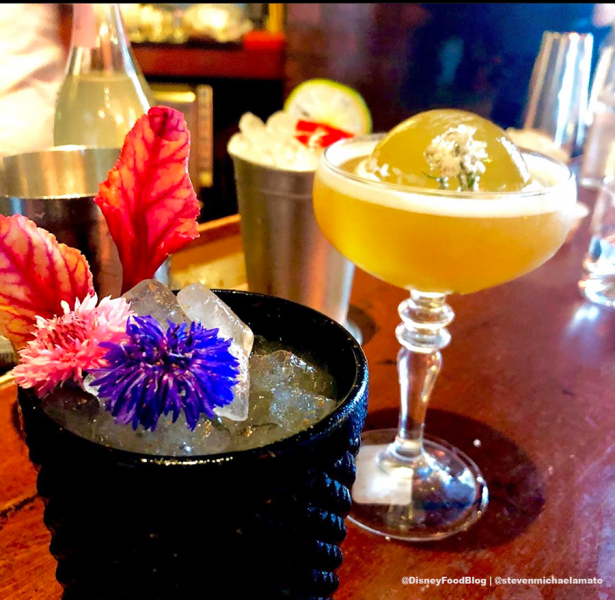 What this all boils down to is…it may take even MORE time than we originally thought to have a chance to eat in space (and see that rotating wall of produce!). That said, we’re still super excited! We still think this experience will be worth the wait and will be a welcome table service addition to Future World.

Hopefully once the parks reopen, momentum for Space 220 will kick into high gear and we’ll be making our way about the Centauri Space Station in no time! C’mon Space 220, we’re rooting for you!

For more information on everything you need to know about Space 220 restaurant, click here!

Are you planning to check out Space 220 once it opens up? Let us know in the comments!

« 10 NEW Disney World Projects That Will Be Affected By These Park Closures
Find Out How You Can Win a Trip to Star Wars: Galaxy’s Edge in Disney World AND Give to Charity Here! »