Life can be full of those pesky little “one that got away” scenarios. We too often kick ourselves for failing to recognize a good thing when we see one! 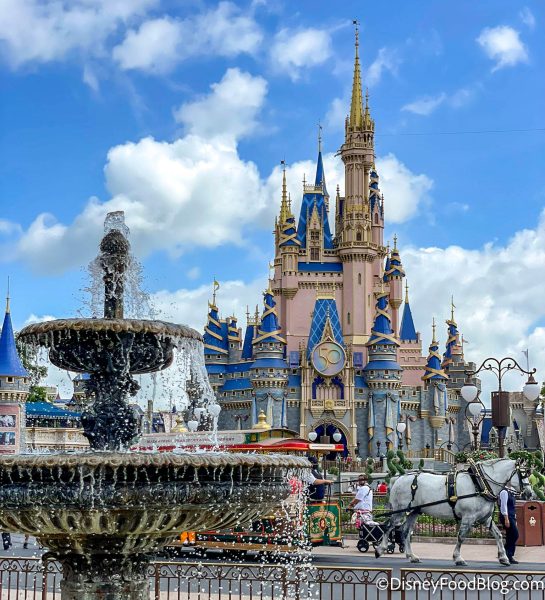 And even a company as HUGE as Disney has missed its fair share of BIG chances.

What are we talkin’ about? Let’s examine 6 times when opportunity came knocking, but Disney didn’t get to the door in time!

Not Signing Jack Black to Voice Barley Lightfoot in Onward

Even if you didn’t have the chance to see Onward in theaters, you’ve probably had a chance to stream it on Disney+ by now. If so, you might have also noticed a critical lapse in Disney and Pixar’s usually sound movie-making judgment — where the heck was Jack Black???

Ian’s older brother Barley Lightfoot is basically a walking/talking elf-version of the real-life actor and comedian Jack Black (think School of Rock!). Jack Black is even a huge metal nerd and fronts his own parody metal band called Tenacious D (which is NOT kiddo-friendly, so make sure you clear the room before you rock your socks off!).

So where was the adorkable Jack Black? Chris Pratt was a fiiiine Barley (especially if we picture him more like goofy Andy Dwyer a la “Parks and Rec”). But seriously, we just think the film would have been even BETTER if Jack Black was the one who voiced Barley Lightfoot! Do you agree? 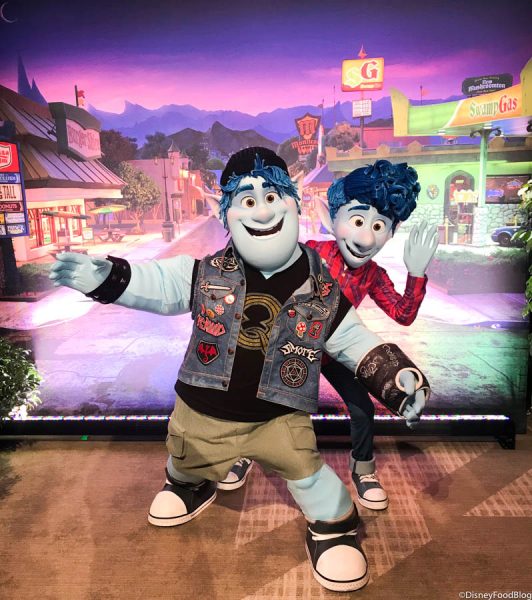 Yes, Jack Black is THAT hilarious and POWERFUL — if you don’t believe us, watch his TikTok dance videos! Prepare to be MESMERIZED!

When Disney’s Hollywood Studios’ former closely-themed Pizza Planet restaurant closed and reopened as PizzeRizzo, we thought maybe we’d actually be getting a REAL Pizza Planet when the new Toy Story Land debuted. Instead, we got Alien Swirling Saucers and Woody’s Lunch Box — not QUITE what we hand in mind. 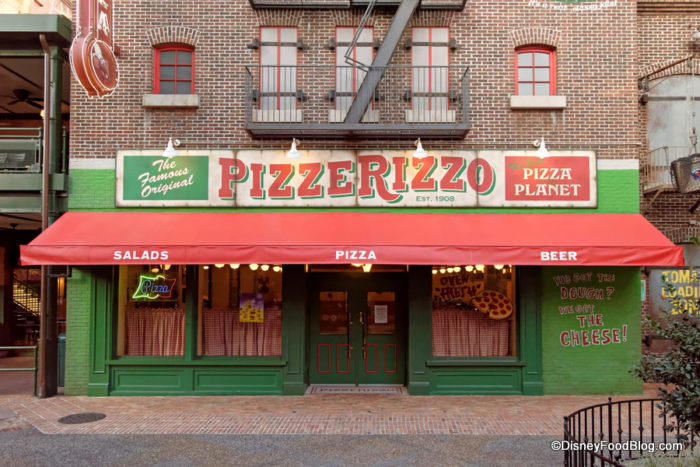 While we still enjoy Toy Story Land, there are just a few areas that Disney could have maximized. You know we adore Lunch Box Tarts, and Slinky Dog Dash is and will always be sheer and utter perfection. We just wish Woody’s Lunch Box had more than a handful of tables…and the standby line for Slinky could use more than a few scraps of shade to stand in! 🙂 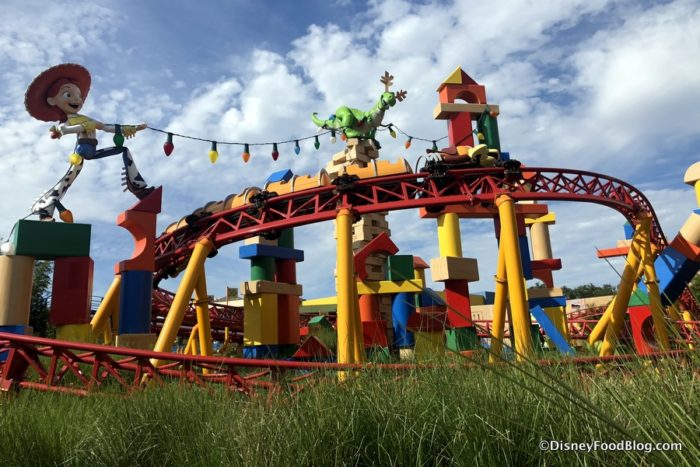 But more than anything…we just wish we could have experienced the Pizza Planet from the film! We wanted to see those cyborgs that flank the entrance to Pizza Planet and guard the doorway with their pizza staffs! We wanted to actually PLAY the crane game and win a little green alien toy! We wanted that cheesy Chuck E. Cheese/Showbiz Pizza style joint kids go NUTS for. So why didn’t it happen?!

Interestingly, this was equally botched in Disneyland! Redd Rockett’s Pizza Port was converted to Alien Pizza Planet for Pixar Fest (complete with an awesome repurposed rocketship!) and then it just never left! But it’s STILL not that groovy mid 90s jam that we’re itching for! 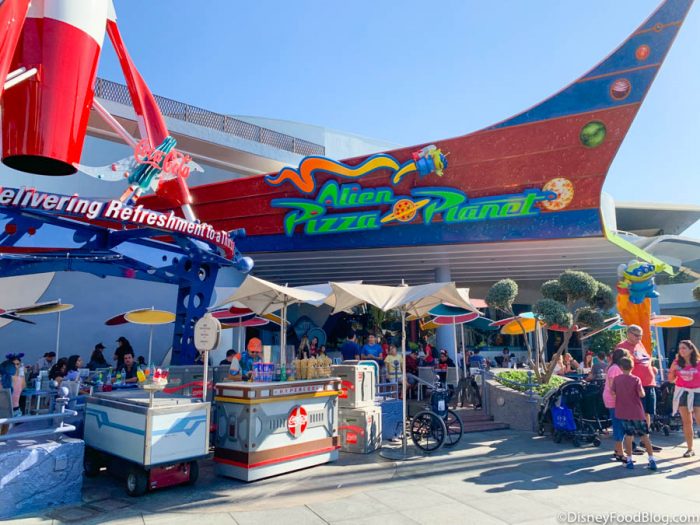 We’ll be interested to see if Roundup Rodeo Barbecue can put a snake in our boot to play in Andy’s backyard — and maybe find an actual place to SIT and EAT…in A/C…if that isn’t asking too much! 😉

Check out the latest on Roundup Rodeo Barbecue HERE!

Where’s Sam Eagle and WHY Isn’t He Hosting His Cook-Off at Regal Eagle in Epcot?

Now that The Muppets Presents…Great Moments in American History has ended at Magic Kingdom, we thought (in our WILDEST dreams), maybe Sam Eagle would find his way over to Regal Eagle Smokehouse in Epcot’s World Showcase. Yes, we often entertain ourselves with such flights of fancy! 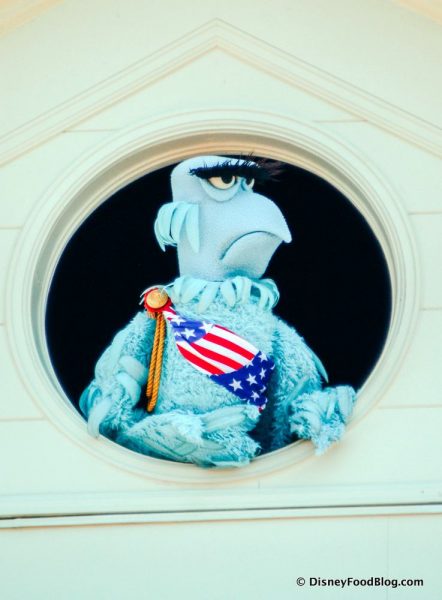 But in all honesty, Disney teased relentlessly about Sam Eagle hosting a cook-off at this new American pavilion BBQ joint, so we didn’t just come up with this weird notion all by ourselves! Sadly, we have yet to see the majestic creature grace us with his presence at Regal Eagle Smokehouse.

Check out our Sam the Eagle-less opening review of Regal Eagle (it was still really good!!)

In one of the cruelest twists of fate along the lines of taking Arendelle Aqua out of Magic Kingdom’s soft-serve machines, Disney took a beloved film and turned it into restrooms, a.k.a. — the Tangled Toilets. 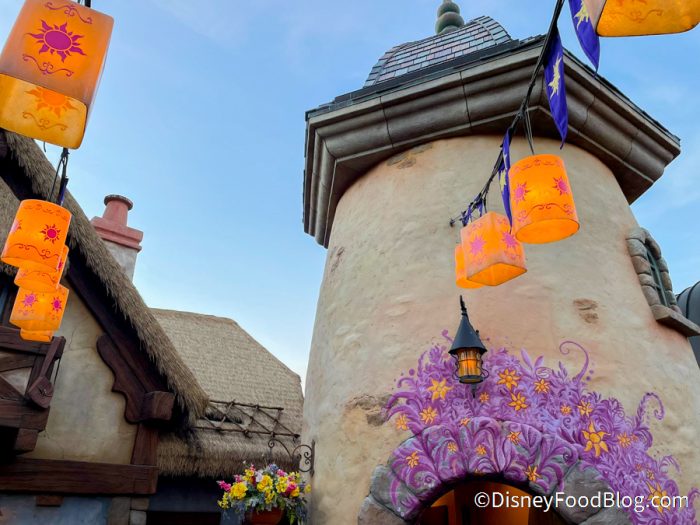 Tangled’s songs are like the national anthem to our younger generations. If Disney had recognized the power this movie wields with their millennial fanbase and used it to make a Tangled-themed restaurant or dark ride where music could be heard, it would have been the MOST BANANAS thing of all time and might have even given Frozen Ever After a run for its money! 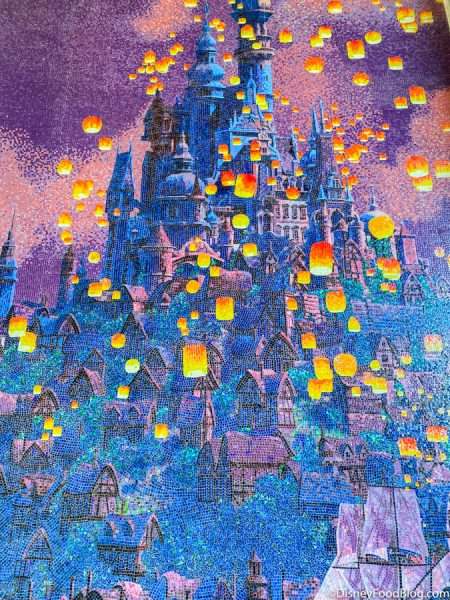 In fact, what if Disney turned Columbia Harbor House into The Snuggly Duckling? It has good bones to become the ruffian dive bar from the movie, plus its location right across from the Tangled Toilets makes it IDEAL! DARE TO DREAM!!! 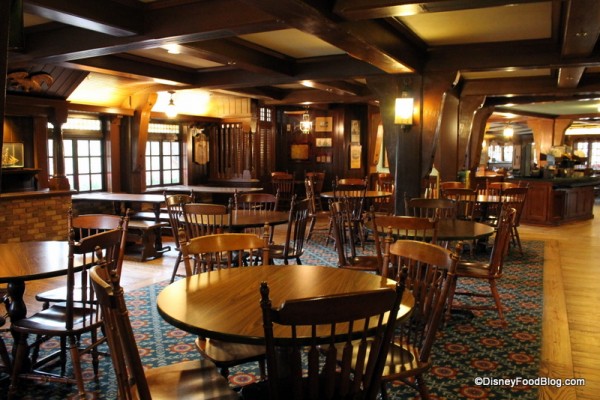 But instead, rather than in a tower, Rapunzel is confined in Magic Kingdom to where you do…well, you know. 😉

Not Buying Harry Potter When They Had the Chance

Perhaps the biggest blunder Disney made was not buying the theme park rights to the Harry Potter books back in the day! They were actually in talks with author and creator J.K. Rowling before Universal swooped in and landed the deal. 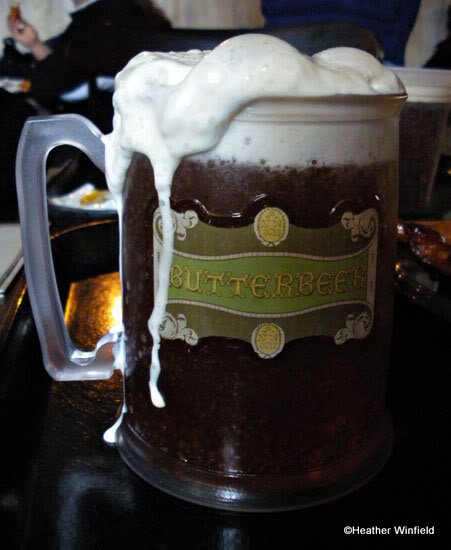 Instead, Disney went a different route and bought the rights to LucasFilm instead. Can you imagine what the parks would be like if Disney had bought the Harry Potter franchise instead of Star Wars? Our heads might explode if we linger too long on the impact of this decision! Butterbeer instead of Blue Milk….we can’t! We’re moving on now…

Villains Don’t Meet and Greet at Villains After Hours Parties

UPDATE: Villains After Hours are currently unavailable in Disney World!

We’ve got to hand it to Disney for making several improvements to Magic Kingdom’s Villains After Hours parties this year. They introduced a bunch of new treats along with a Cursed Caravan to slink along next to the fire-breathing Maleficent Dragon float as it creeps down Main Street, U.S.A. 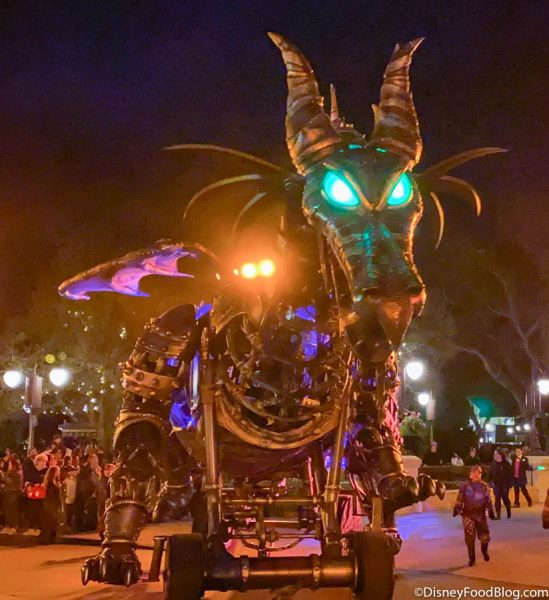 They even introduced a Villains Lounge at the Golden Horseshoe, but while we get to see evidence of our favorite Disney Villains lingering nearby, we can’t actually MEET any of them…which is a shame! And some of the characters are SUPER RARE — we’re talkin’ Big Bad Wolf and Oogie Boogie! You barely ever see these dudes hangin’ out at MK!

Click here to see our Ultimate Guide to Villains After Hours at Magic Kingdom! 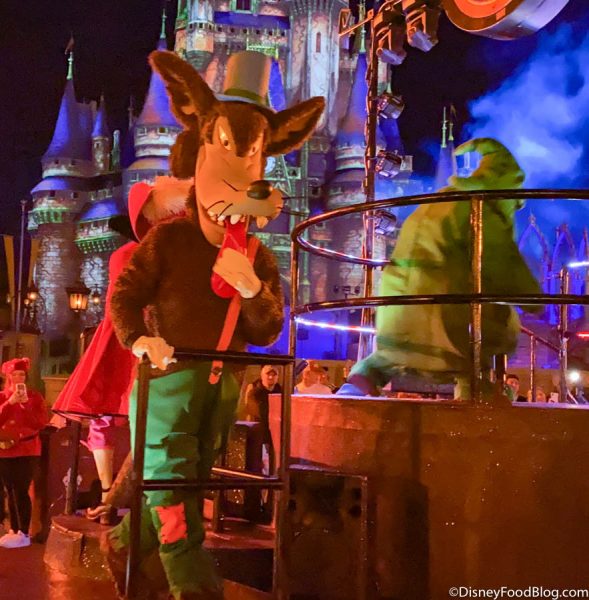 What we wouldn’t give to get an autograph from one of these famous baddies! And while tickets for Villains After Hours parties already cost an arm and a leg, we MIGHT consider paying extra for a chance to hug Oogie and shake his hand, paw, or whatever you call his appendage. 😉

OK, so all in all, Disney’s track record is still pretty stellar. I mean, we clearly love the company and what they do. But we all make mistakes, right?

Anyway, for other interesting reads, don’t forget to check out a few fun posts from our writers like How to Stress-Bake in the Most Disney Way Possible and “Wonderful Wizard of Bras” and Five Bizarre Things You Used To Be Able To Buy in Disneyland!

Which changes do you feel Disney missed out on? Tell us in the comments below!

« THIS IS THE WAY! Season 3 of The Mandalorian Is Already In the Works For Disney+!
Happy 22nd Anniversary to Disney’s Animal Kingdom! Join Us for a Photo and Video Celebration »