Hey, everyone, we’re back with another update from Disney World! Today, we’re walking the red carpet down to Hollywood Studios to see what’s changed from our last visit. 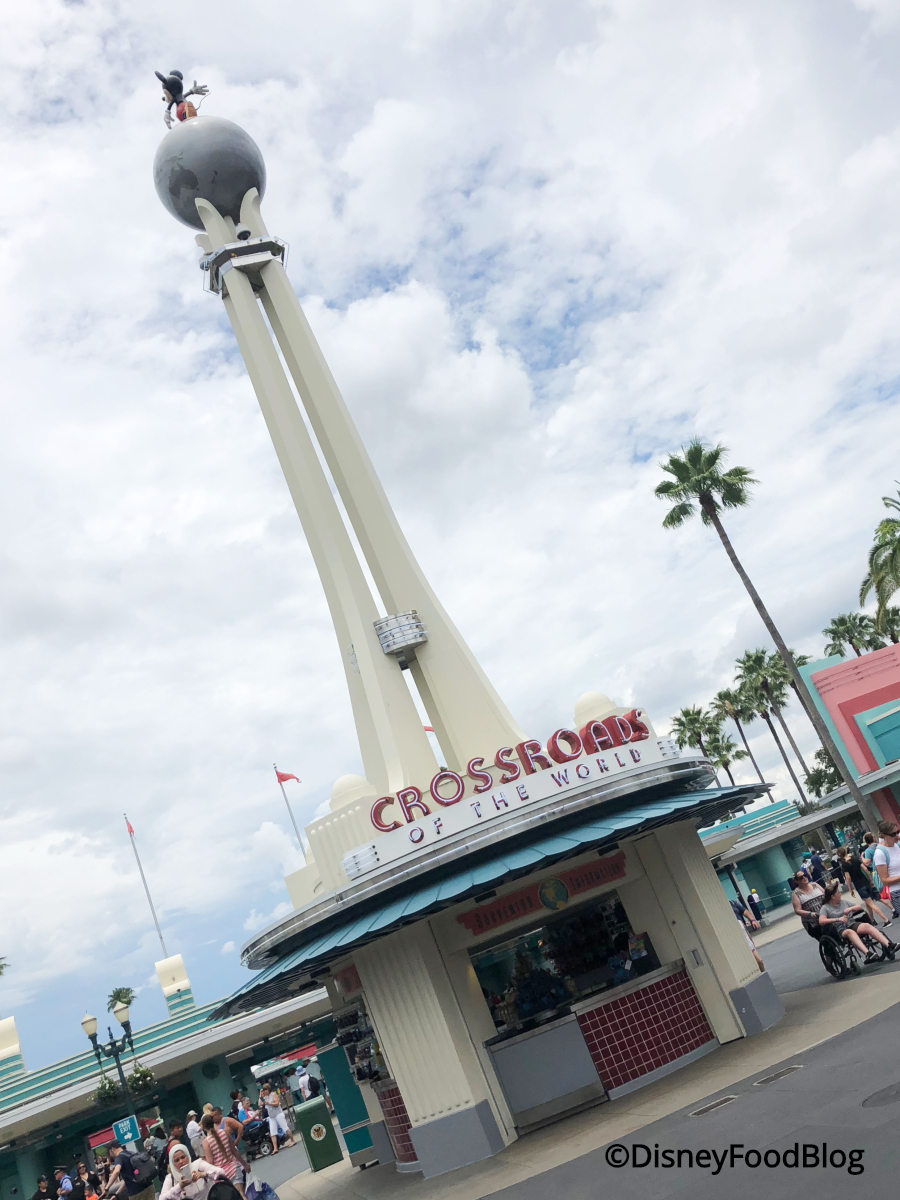 Welcome to the Crossroads!

There’s some construction and new merch to check out, so let’s get to it! 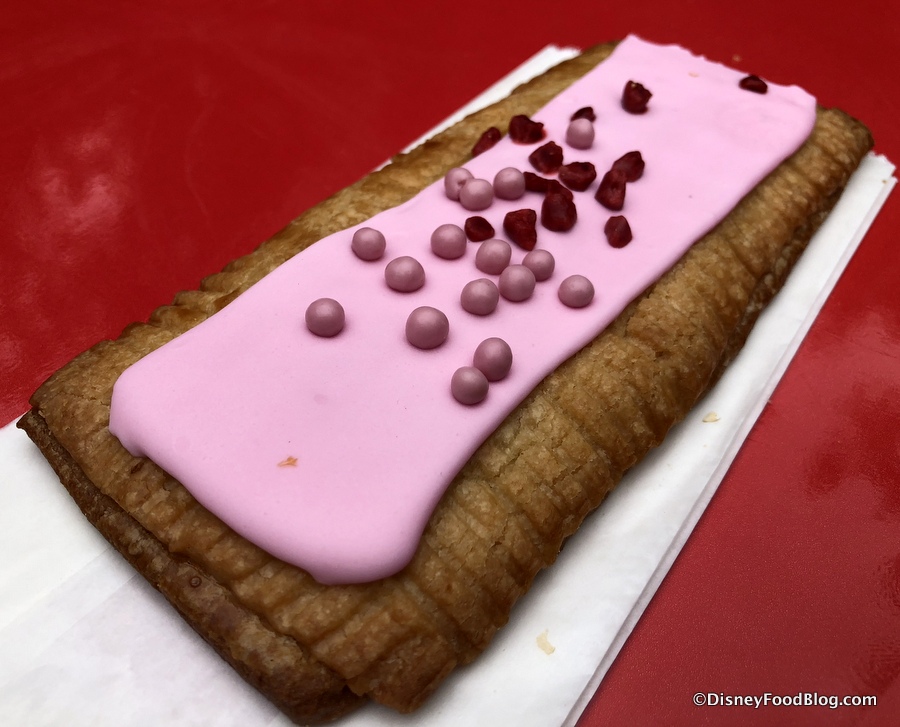 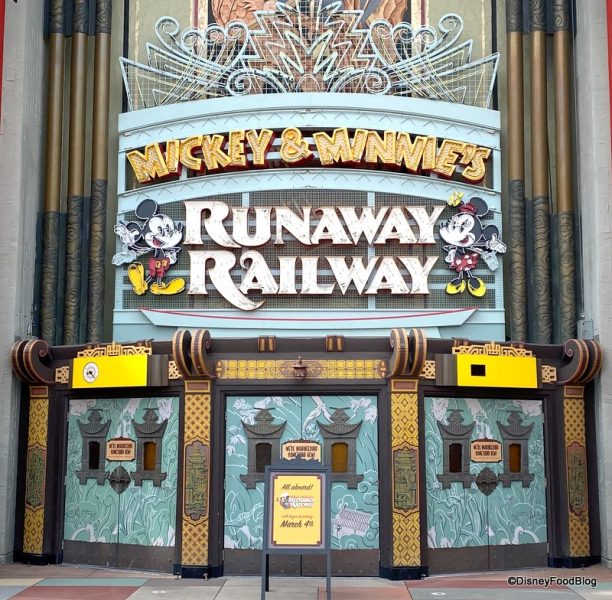 The attraction opens in less than a MONTH and we can’t wait to see how the construction continues to progress!

As we made our way into old Hollywood, we noticed that Muppet*Vision 3D is officially on the times board as not operating. The attraction is currently closed for a short refurbishment. 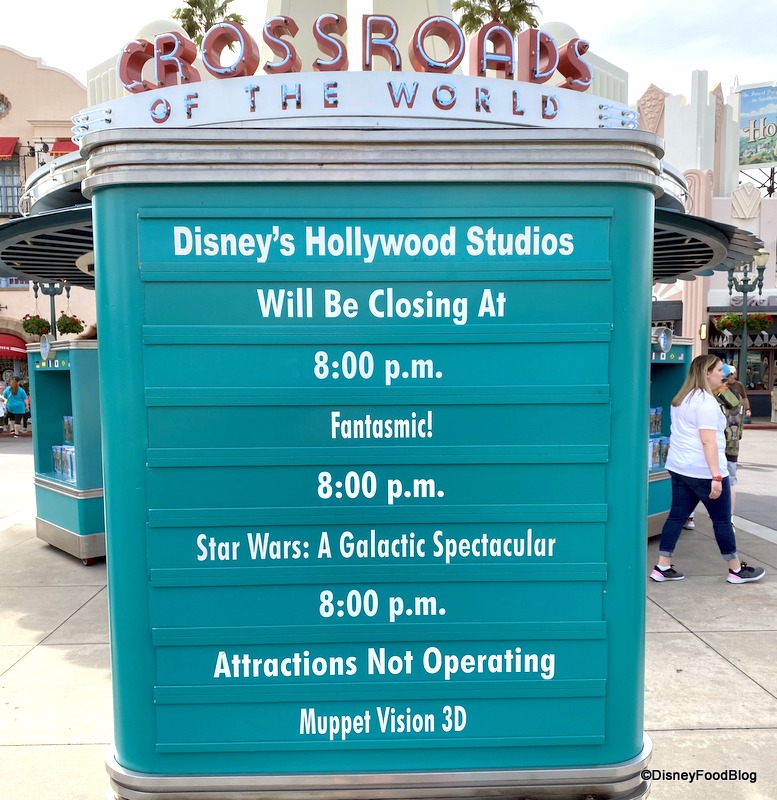 According to the Disney World website, the show should be playing again on February 9th. That’s not too much longer to wait!

Over at Legends of Hollywood, the top part of the facade is now behind scrims. Luckily, the theater’s sign is still mostly visible. 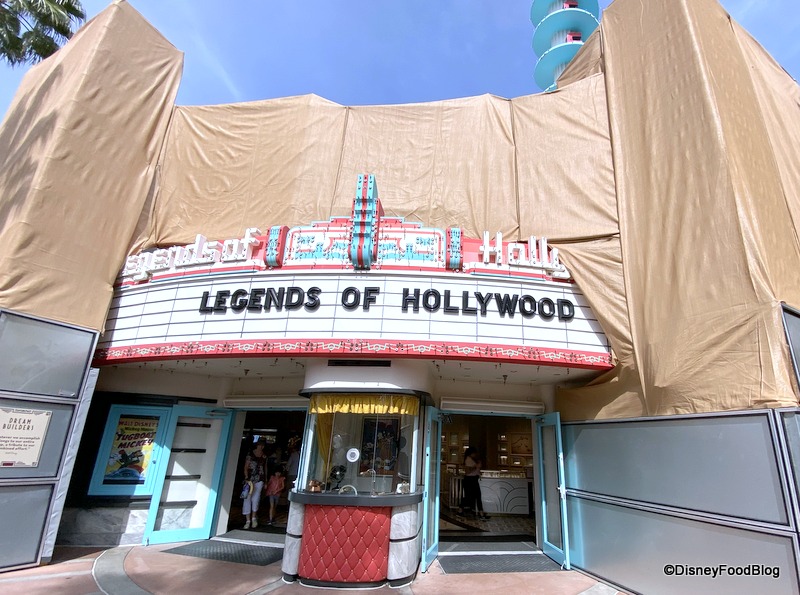 Walt Disney Presents will be playing a special sneak preview of the new Pixar animated film, Onward, starting this Friday. The movie releases in theaters March 6th and we cannot wait! 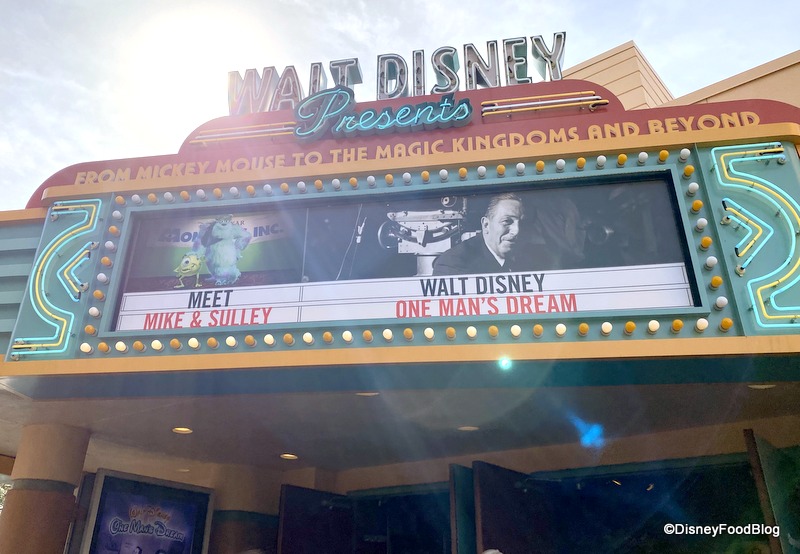 You can also find a poster for the movie hanging behind the Chinese Theater, along with a poster from the upcoming Call of the Wild starring Harrison Ford. 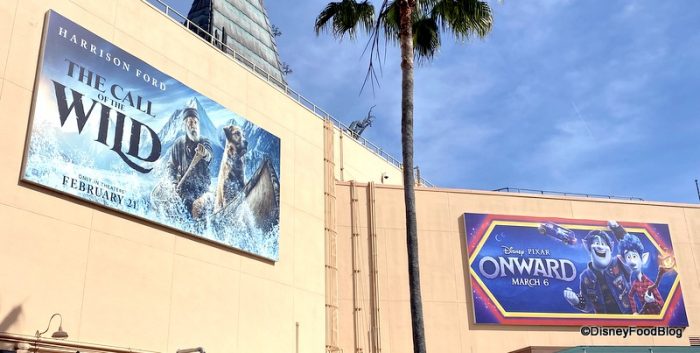 Call of the Wild and Onward posters

You know we had to check on the current construction of Roundup Rodeo BBQ. Between this and Regal Eagle Smokehouse at Epcot, we’re going to be swimming in barbecue sauce.

It looks like several trees have been removed as construction moves at a steady pace. This restaurant is supposed to open sometime this year and all we can say is hurry up!

Things have mostly quieted down at Galaxy’s Edge now that Rise of the Resistance has opened, although it’s still experiencing its fair share of glitches. 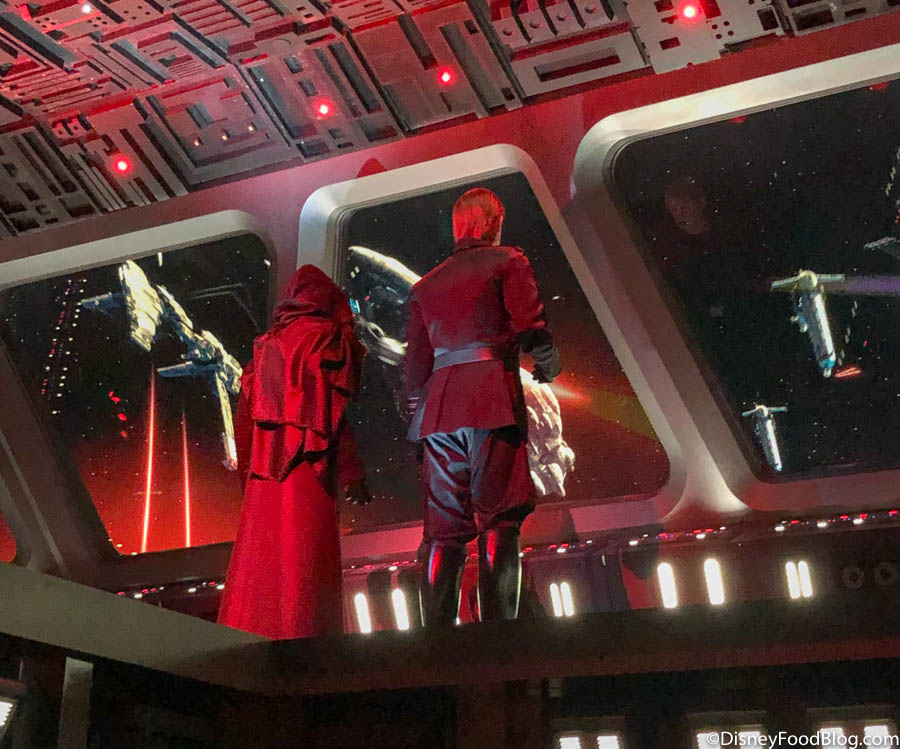 While making our way around the park, we saw a fun little activity for the kiddos play out. Vi Moradi and Chewbacca led the kids in a cute game of telephone, but Chewie wasn’t much help.  😉

This was the first time we’ve seen the characters play this game before, but it just goes to show the level of detail and fun the Cast Members put into this new land.

We’re always on the look-out when it comes to MagicBands, and we spotted some more solid colors in the new packaging. 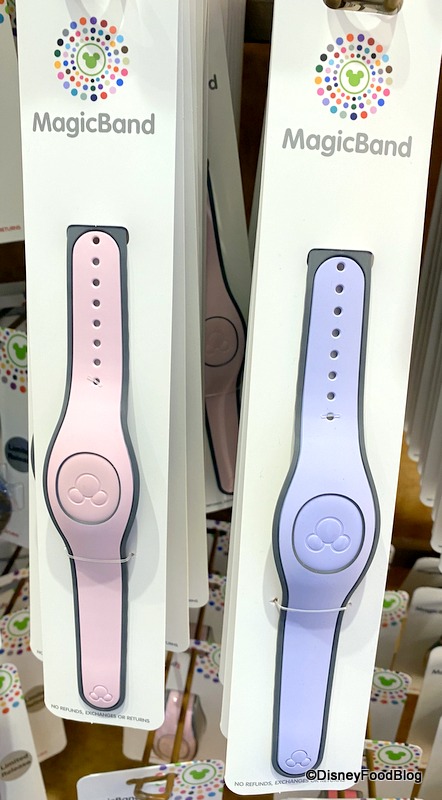 We’re pretty sure this is the first time we’ve seen the pink and white colors in the new packaging. Even though they’re just solid colors, it’s nice to be able to see the whole band. These MagicBands a $14.99.

There’s also two new phones cases here for you iPhone users. You can’t miss the Minnie one, because it spells her name right on the front in cute lettering. You can grab this one for $29.99. 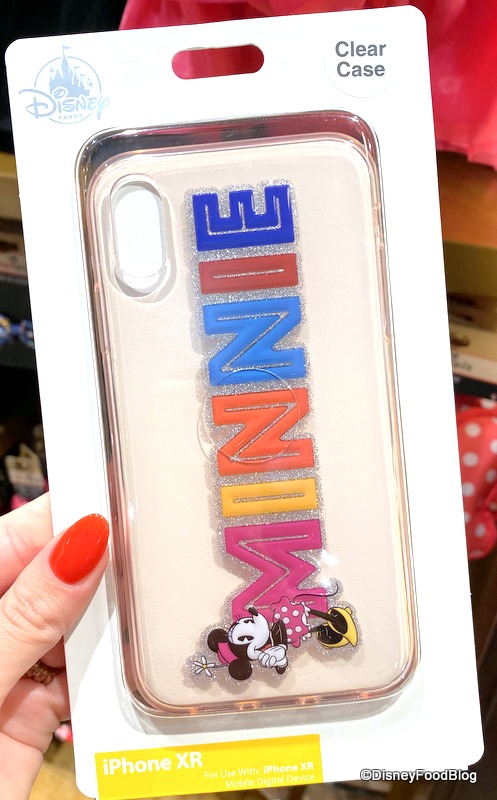 This Park Life phone case looks amazing! Every park is represented by some of its classic attractions. You could play a fun game and name them all! If you want this case, it’s going to cost you $59.99. 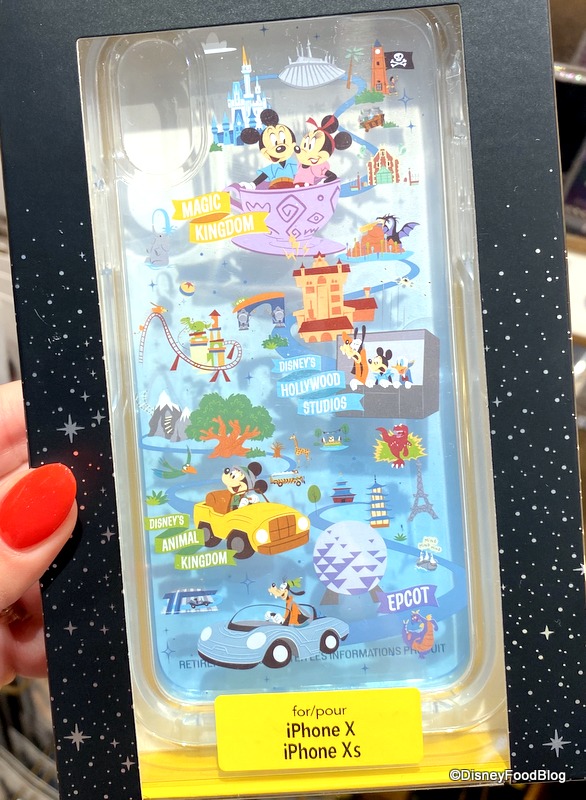 Check out MORE of the new Park Life Collection here!

Speaking of retro, check out these cool retro buttons for $9.99. We first saw this collection over at Disneyland and it’s nice to see it making it’s way over to Disney World, too. 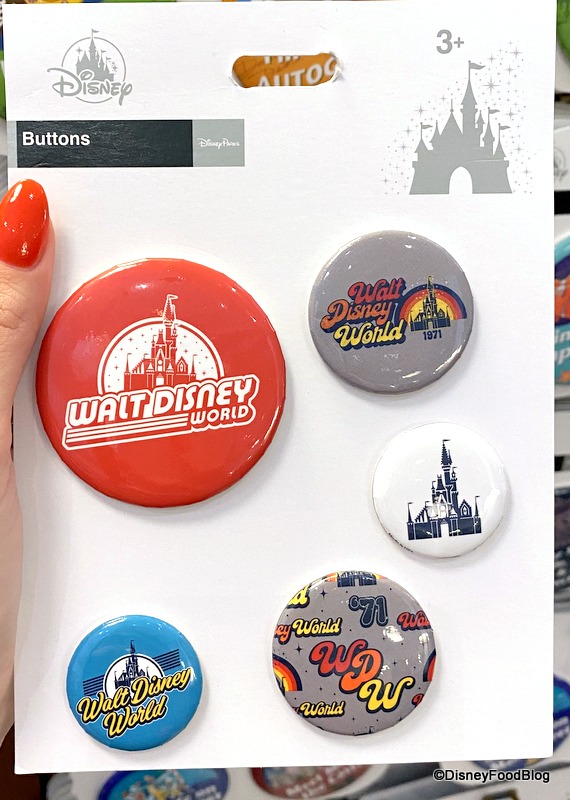 Take a look at the new Retro Collection here!!

Moving on to Sunset Boulevard, we previously found these cute new denim shorts and overalls with Mickey’s face all over them, but it seems that they’ve added longer jeans, a blouse, and a striped shirt to the collection. 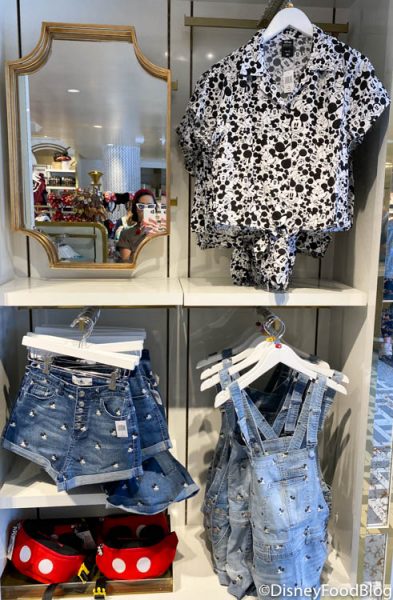 Those roomy pockets on the overalls could come in handy around the parks. You can grab the overalls for $44.99 and the shorts for $39.99.

Click here to see MORE of this new collection!

Across the way, the “Birds of a Feather” apparel has arrived at Hollywood Studios. We previously found the leggings at Pop Century Resort. You can create a matching set with this tee and leggings! 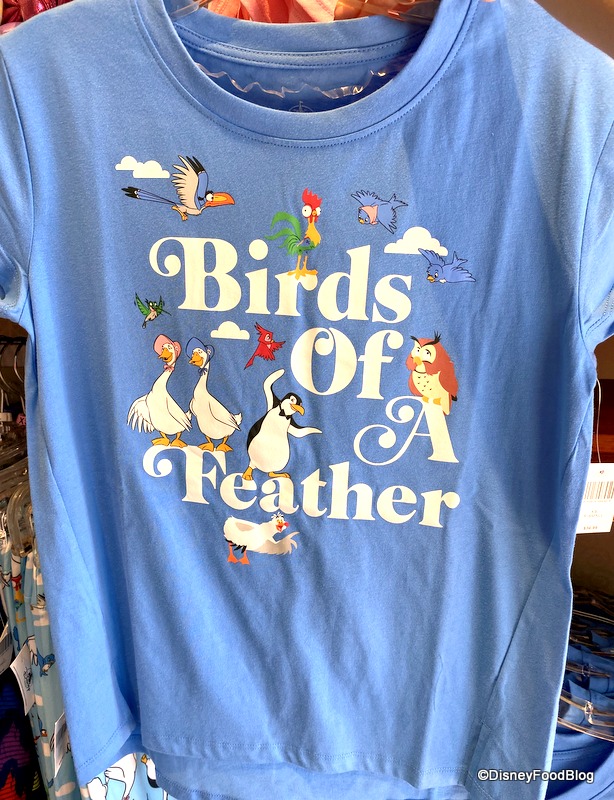 “Birds of a Feather’ shirt

Both items feature some of the more famous feathered friends in the Disney canon, like Zazu and Hei Hei. You can flock here to snag the shirt for $36.99 and the leggings for $39.99. 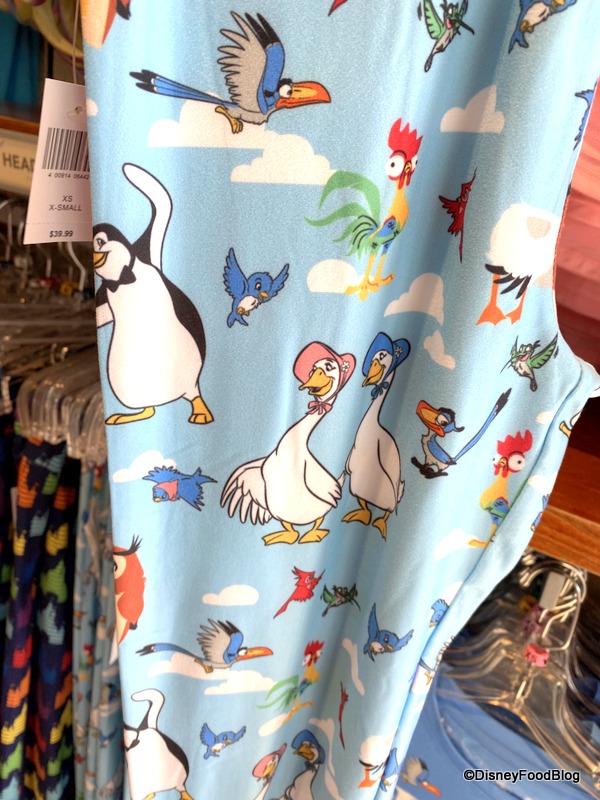 “Birds of a Feather” leggings

There’s a new line of Muppets merch to tide us over until Muppet*Vision 3D opens back up. Our boy, Kermit, gets his own shirt for $34.99. 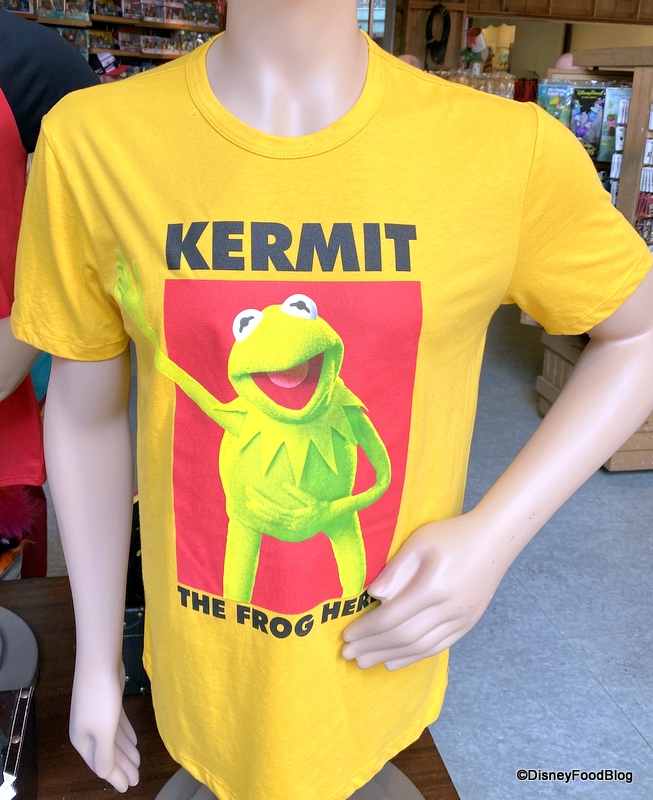 You can unleash the beast like Animal in this shirt for $36.99. 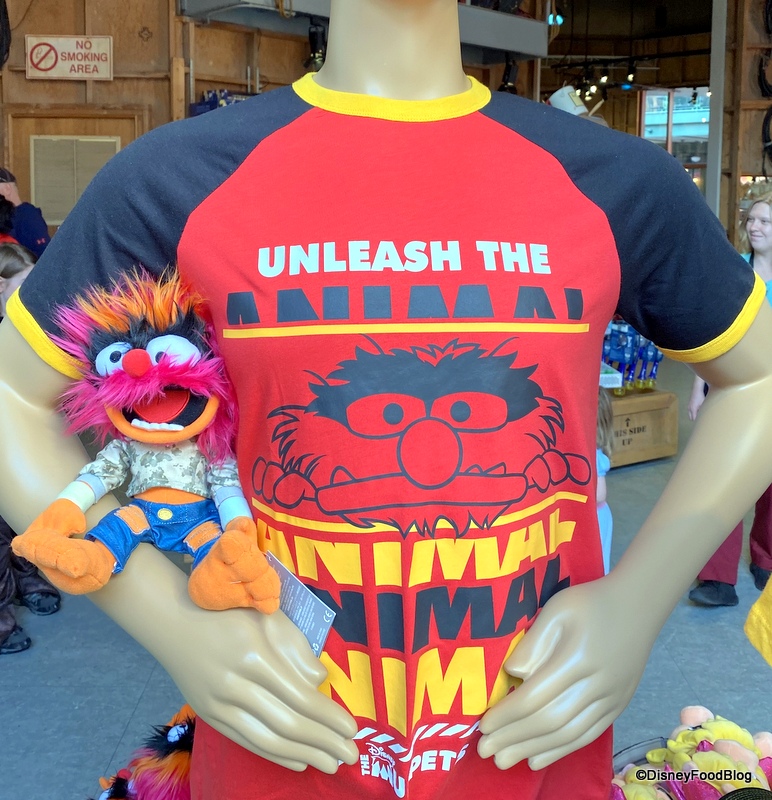 There’s also a long-sleeve shirt with Kermit, Animal, and other members of the gang, like Miss Piggy and Fozzie, for $39.99. 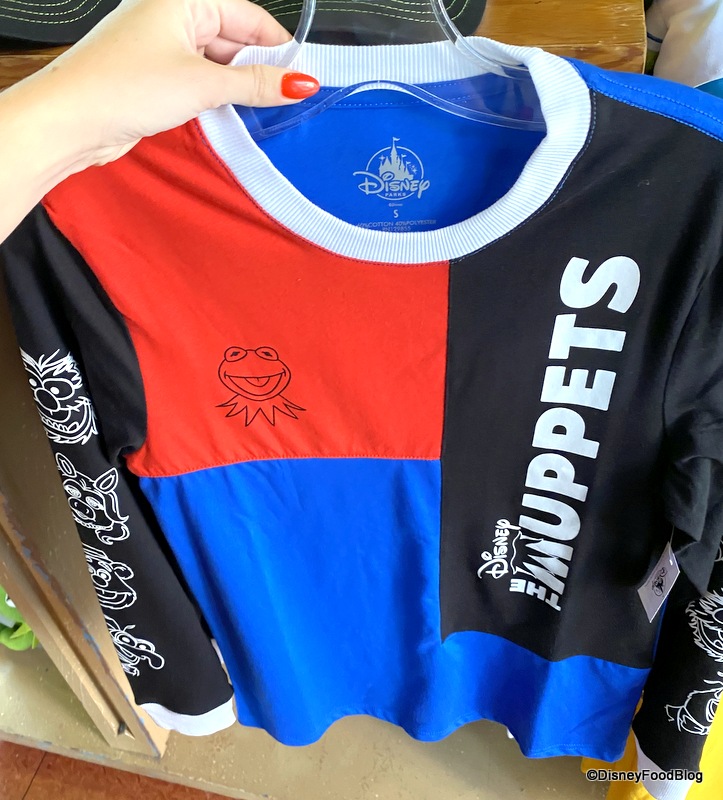 Read all about the new Muppets tees here!

That’s going to wrap up this look at what’s new at Hollywood Studios. Check-in with us regularly so you can stay up to date for your next visit!

What do you think of all the updates? Let us know down in the comments!

« Attention! There Are New Space Mountain Wishables and We NEED All of Them!
This NEW Epcot Tumbler Has a Grand and Miraculous Surprise! »