With Disney Springs set to open on May 20th, it seems another Orlando entertainment district is opening too.

Following the lengthy closure of the nearby theme parks, CityWalk at Universal Orlando will open on May 14th with limited hours, limited offerings, and new health and safety measures.

Universal announced today that select venues will be open daily from 4-10PM at CityWalk. Many of the larger venues will be closed such as Blue Man Group, nightclubs, and Universal Cinemark. Self-parking is complimentary as valet parking is unavailable at this time. Restaurants will be operating with limited seating and menus.

The confirmed open venues include the following:

CityWalk will implement new procedures in line with CDC guidelines. Universal asks that all guests use a face covering, have their temperatures checked upon arrival, wash their hands often, social distance, follow floor markings, and avoid people who are sick. 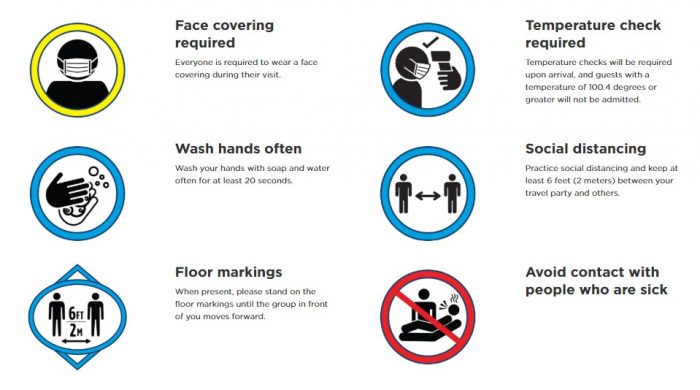 Beyond that, the area has other protocols as well. All team members will undergo temperature checks and wear face coverings. Those with a fever above 100.4 degrees will be sent home. Venues are operating under limited capacity, and there is the option for cashless payments at all venues. There are also thorough cleaning and disinfecting measures in place.

Click here to learn more about the closure of Universal Orlando.

We will continue to update you on this situation as it unfolds, thanks!

Are you planning to visit Universal’s CityWalk when it reopens? Let us know in the comments below.

« Confirmed: Joffrey’s Coffee and Tea Company Will Be Reopening in Disney Springs on May 20th
News! Disney Has Just Raised Another $11 Billion in Debt »