Disney World can get BUSY, you guys (two hours for Peter Pan’s Flight is sometimes a norm in the summer). And while each family has a method to the madness on what they’d like to do their vacation, a lot of people don’t realize exactly how important it is to visit the parks in the morning.

Even though being an early riser many not be your forté, we’re telling you that these things in Disney World are worth waking up for!

When you’re feeling adventurous (like the kind of bravery where you’re SET on conquering all of the rides in a park), you’re going to want to make sure you’re up and at ’em early! Since many of the crowds will start to pick up as the day goes on in Disney World, rope dropping a park is a helpful way to take advantage of fewer wait times in the morning.

Rope dropping means that you arrive ready to go right when the park opens, and it’s literally named after the practice of cast members dropping a rope that has been held up to keep guests from entering the land before it opens.

If you’re looking to get a lot done in one day, those first few hours in the morning are practically essential to get on multiple rides before people start flocking to them from mid-morning through the afternoon.

When you make sure you’re at the parks early for rope drop, it gives you the chance to be one of the first few people on attractions (Flight of Passage will have a shorter wait time first thing in the morning opposed to 2 PM). 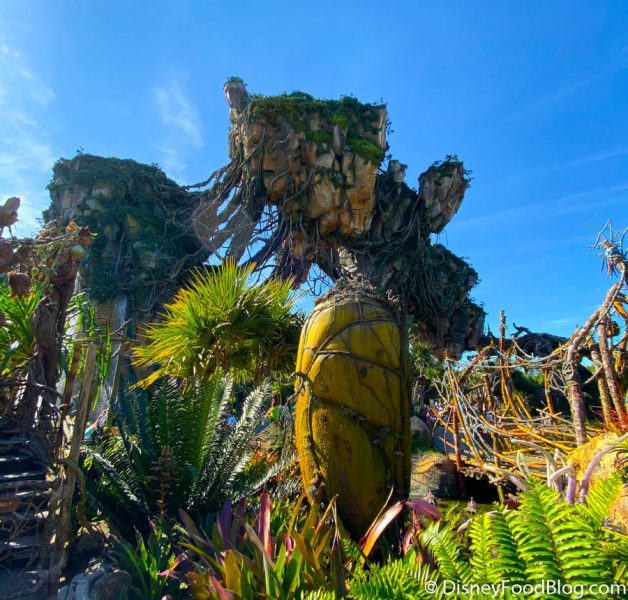 Rope dropping also gives guests have the opportunity to tackle significantly more rides than they would be able to after the parks have been open for a few hours.

You could even knock out all of Fantasyland and Tomorrowland by noon if you get through the rides you want to do quickly. Just make sure to grab some coffee before you head to the parks because that extra caffeine is pretty necessary to start your day off ride-hopping! ;D

Don’t know how to Rope Drop? Check out our full guide on how you can do it like a pro!

If you’re not going to Magic Kingdom first thing in the morning, you’re SLEEPING on the Main Street Trolley Show! Each morning at 8:20AM, 9:15AM, 10:10AM, and noon daily, the Citizens of Main Street band together to welcome guests into the parks. So, if you’re not in the parks before the afternoon, you’re definitely not going to catch the show. 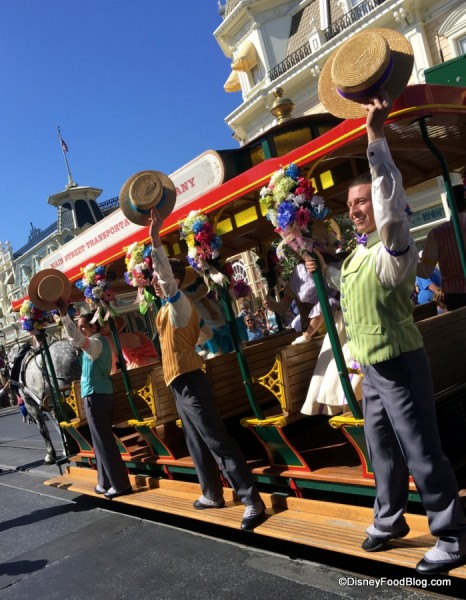 The performance is populated with colorful outfits and some of that ragtime pizazz that Walt’s hometown of Marceline, Missouri, so lovingly inspired! The Citizens of Main Street dance to a song about all of Magic Kingdom and how wonderful Main Street, U.S.A. is. Plus, you might recognize the mix of the classic Hello, Dolly! music that Disney uses throughout its parks and in WALL-E. 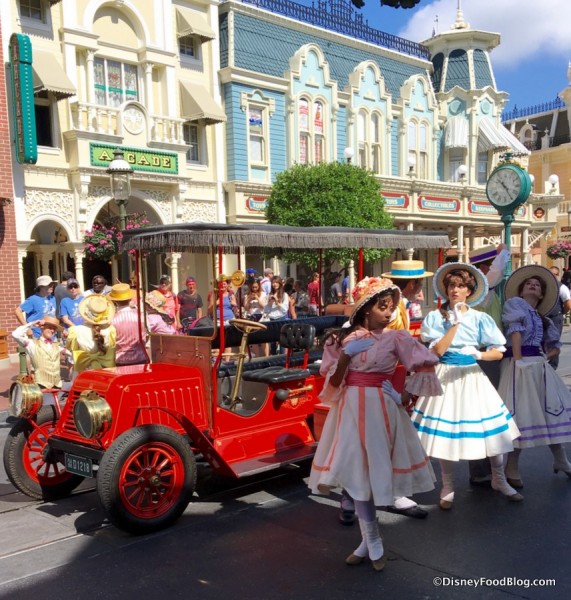 Since the Festival of Fantasy parade doesn’t start until the afternoon, the Trolley Show is a great way to kick off your morning. 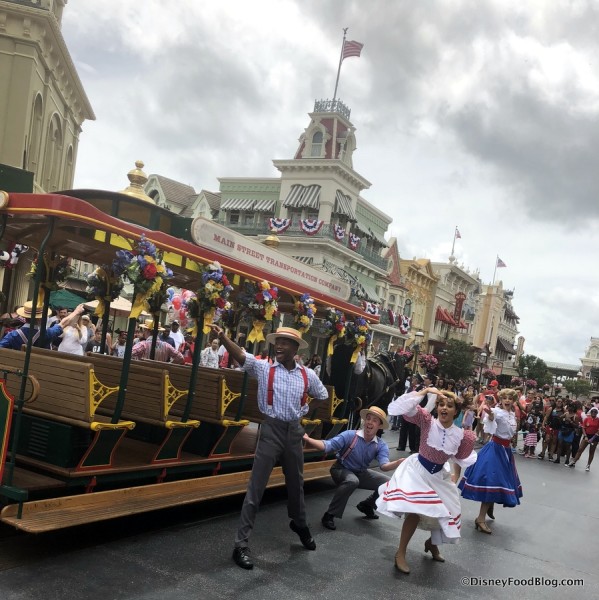 While you might need a break from riding all the attractions or your kiddos want to sit down to have some ice cream for a moment, the Citizens of Main Street can entertain guests of all ages with their high energy and cheer!

You’ve never done these four things in Disney World, but you need to!

We are sure that everyone has at least once been VERY excited to see the horses out in Magic Kingdom (they’re just so sweet). But, did you know that you can actually ride ALL the Main Street vehicles when you’re visiting? 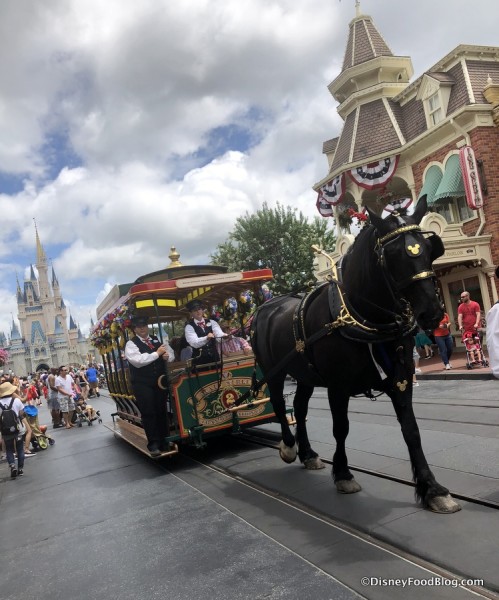 Magic Kingdom is home to a horse-drawn carriage, trolley, jitney, omnibus, and a fire engine that will take guests on a one-way ride down Main Street. While you’re riding, it kind of feels like you’re part of a Disney parade since you can wave at all the guests passing by (is this what being famous is like??). 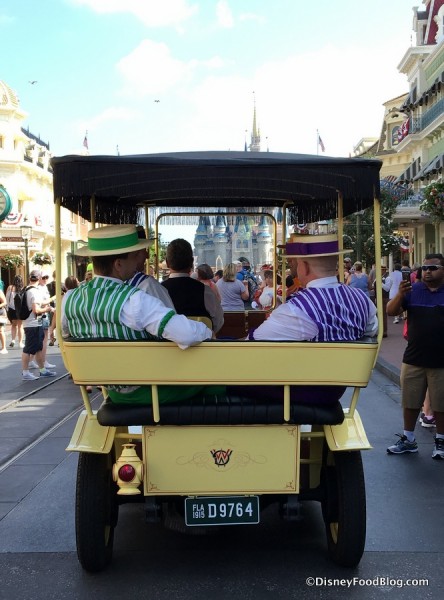 The Main Street vehicles stop during the Trolley Show and other entertainment throughout the day, and they usually end their runs sometime in the early afternoon. So, if you really want to say you had the magical experience of riding a horse-drawn carriage in Disney World, you’ll want to visit in the morning! 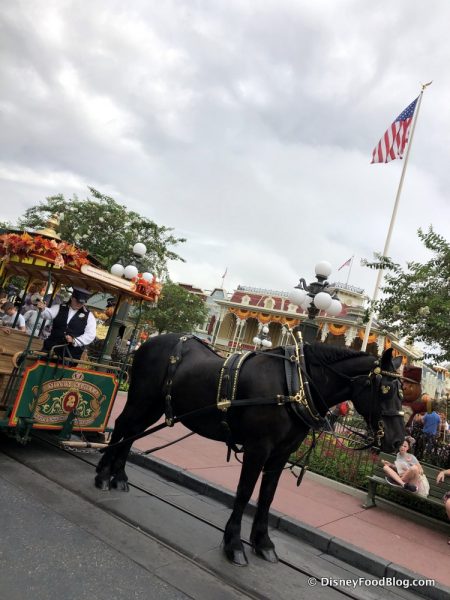 On top of the awesome photo-op you can take of your family and friends, you can also stop by to listen to the Dapper Dans who perform close to the trolley station. 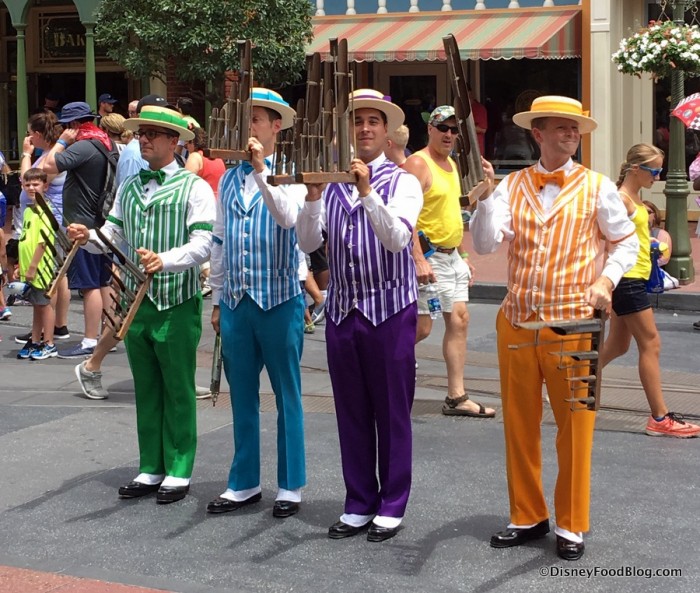 And, if those harmonies don’t make you feel like you’re in the Most Magical Place on Earth, we don’t know what else will!

Watch the Dapper Dans perform for you at home while you’re away from the Disney Parks!

Oh, Casey’s — how we miss your wonderful corn dog nuggets and plastic cheese. While Casey’s Corner is a Disney World staple already, the quick-service location also hosts a “First Pitch” many mornings to open up the restaurant.

Casey’s will let the first two children in line throw a first pitch to a Cast Member to ring in the day! 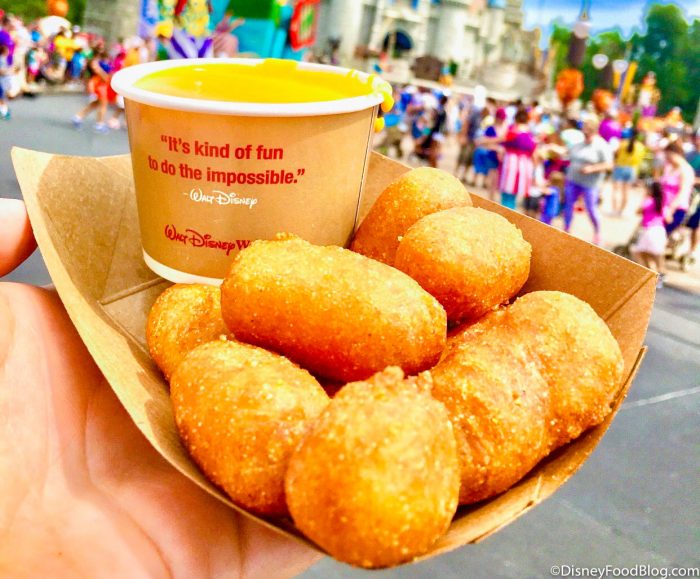 After they throw the baseballs, the kids will receive a free brownie (the equivalent of a Home Run, honestly) as Cast Members sing a rendition of “Take Me Out to the Ball Game.”

Although Disney is full of surprises for your family to enjoy, the First Pitch is a unique experience for your little one to have when they’re visiting. 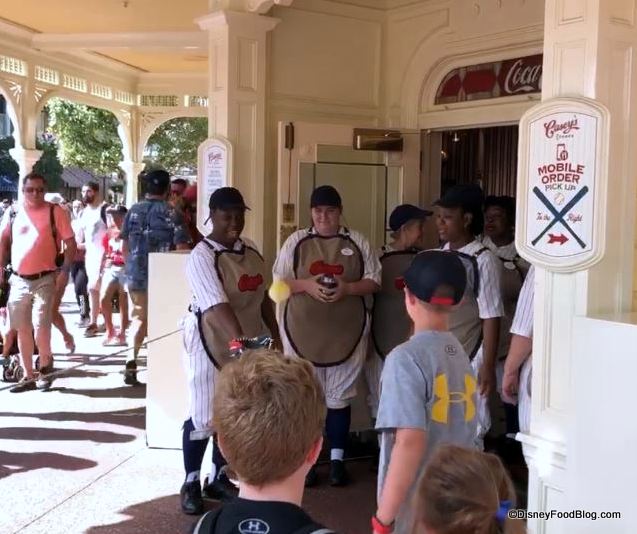 Besides, they’ll be super excited that they got a free brownie out of it (and that means you can have a little bit of it too ;D)!

We bet you didn’t know you could do these cool things in Disney World!

As Magic Kingdom welcomes guests to the world of yesterday, tomorrow, and fantasy, you can start your morning off in the most Disney way possible with the “Let the Magic Begin” show! Many of your favorite characters like Mickey, the Disney Princesses, and more will gather on stage to officially open all the lands for the guests to visit.

The Fairy Godmother even helps to bring some morning magic to the Kingdom by creating a small number of fireworks at the end of the show. Since fireworks are usually shown in the evening during Happily Ever After, it’s a special occasion to be able to see them during the daytime!

Although your kids will love being able to wave to all their favorite characters, it’s also a reminder to everyone of what Disney does best — entertainment.

Should you reschedule your Disney trip for 2021? Here’s what we think!

Do we really even need to go into this one anymore at this point?? 😜 Hollywood Studios Rope Drop is essential if you’re going to be one of the guests scrambling to get a Boarding Pass for the newest Disney blockbuster ride, Rise of the Resistance, in the morning.

Since the attraction assigns boarding groups on a first-come/ first-serve basis, being there early is the key to making sure you ride the gem of Star Wars: Galaxy’s Edge.

There are only a certain amount of boarding groups per day, so you may not receive a pass if you wait until later in the day to go. Instead of sleeping in (even though it sounds GREAT), you don’t want to miss the opportunity of getting a Boarding Pass for earlier in the day to get on the ride more quickly.

And, since the early bird gets the (space alien) worm, you can also ride other rides around the park and come back when your boarding group is called. If you play your cards right, you might even be able to ride Rise of the Resistance and Slinky Dog Dash back-to-back!

This is EVERYTHING you need to know about getting a Boarding Pass for Rise of the Resistance!

We get that feeling of wanting to chill out in bed after spending some seriously long days in the parks. But, make sure to plan accordingly if you want to do some of these activities in the parks (go back to your hotel early the day before, make sure you’re well-rested, etc.). You’ll thank us later after you’ve gotten up early to explore Disney World! 😉

Take a look at the 6 good things that might come out of the Disney World closures!

What are some of your favorite things to do in the mornings in Disney World? Let us know in the comments below!