We love Disney World’s spookier rides! Just like Haunted Mansion at Magic Kingdom, Hollywood Studios’ Twilight Zone Tower of Terror is always a must for us! 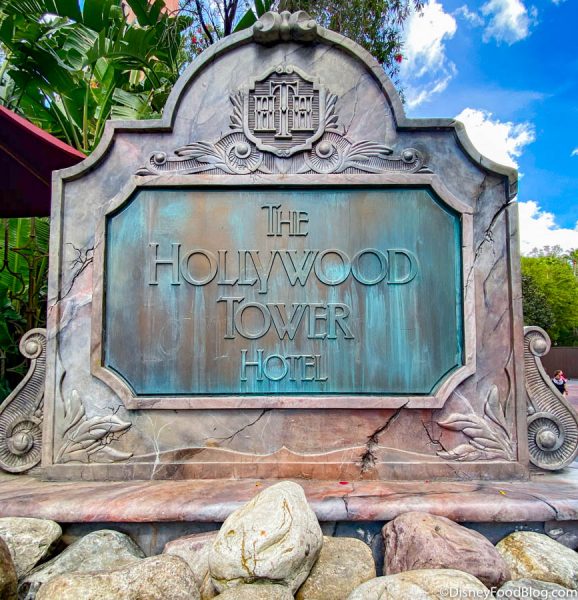 And if you’re a fan of falling down haunted elevator shafts repeatedly, we bet you’ll SHRIEK with excitement when you see what we’re about to show ya!

Just like the ride, there’s no way to properly brace yourself for this, so we’re just going to show them to you: NEW Tower of Terror MINNIE EARS!!! 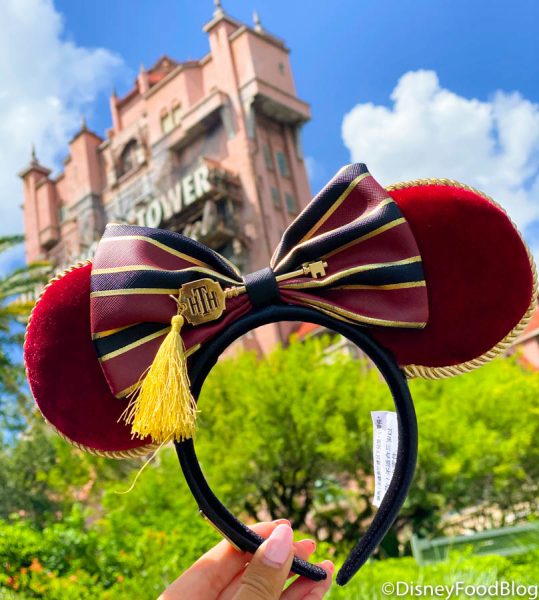 We’re pretty sure these are some of the most gorgeous Minnie Ears we’ve ever SEEN! What can we say — when we fall in love, we fall FAST and HARD! 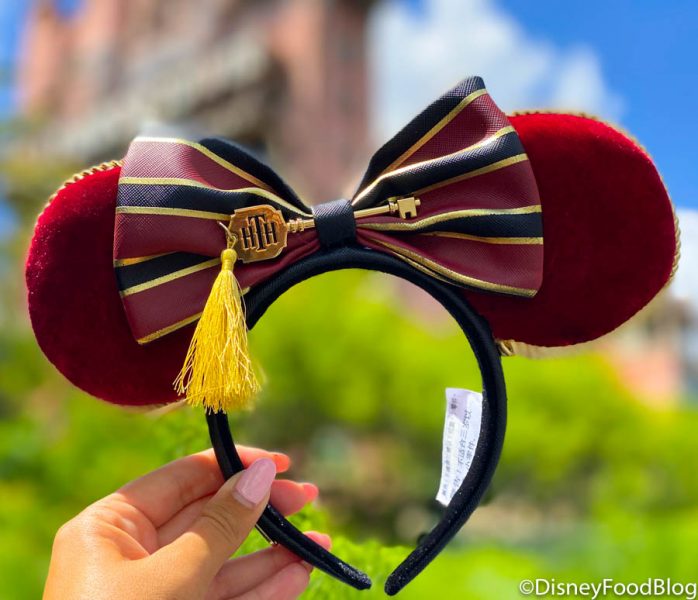 The Tower of Terror Minnie Ears are made of a soft red velvety material. Each ear is trimmed with a gold rope accent, and the set is finished off beautifully with a red, gold, and black bow! There’s even a Hollywood Tower Hotel Key with a golden tassel attached to these bad boys! 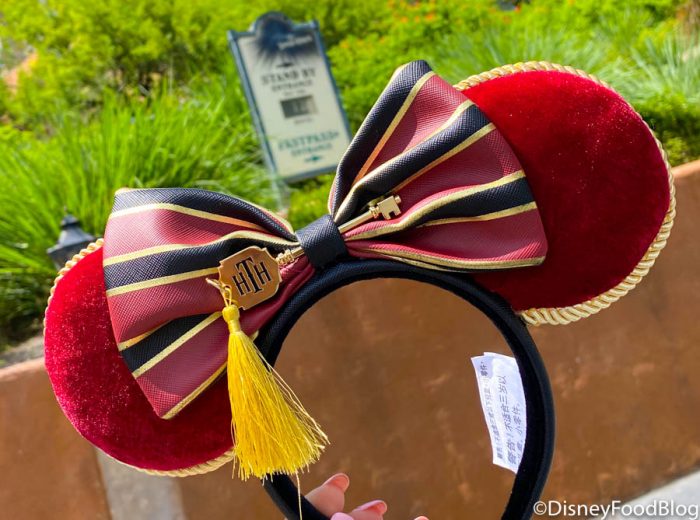 Also, these new Tower of Terror Minnie Ears are made by Loungefly! We should’ve known by looking at them because the quality of their construction is really top-notch — just like the other Loungefly Minnie Ears we’ve shown you recently! 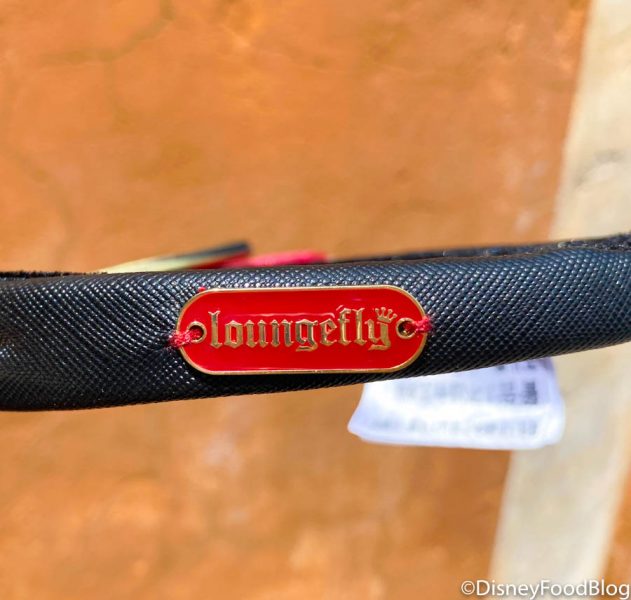 We found the new Tower of Terror Minnie Ears at Tower Merchandise for $34.99, so do drop by and pick up a pair! And to see our other latest Minnie Ear-obsession, click here!

Check out what else is new at Hollywood Studios this week here!

And if you’re looking to snag a pair of these ears, but you aren’t traveling to the parks soon, they’re also available online.

Grab a pair of Tower of Terror Ears here!

Let us know if you’ll be buying a pair of Tower of Terror Minnie Ears in the comments below!