If you’re headed to Star Wars: Galaxy’s Edge in Disney’s Hollywood Studios today, you should know the area recently experienced some intense weather which may affect your ability to ride one of its star attractions.

Despite Batuu being its own separate planet, it seems the weather from Orlando, Florida on Monday evening rolled into the land and created quite the light show. According to Fox 35 Orlando, Austin Coppock, a guest at Hollywood Studios, recorded a video showing a giant lightning bolt striking an area that appears to be in Galaxy’s Edge.

Wow! Darth Sidious has got nothing on this lighting bolt. As Fox 35 News pointed out, it looks like the lightning bolt struck a lightning rod on one of the mountains that forms Galaxy’s Edge’s beautiful mountain range. Aaron Coppock reportedly confirmed to Fox 35 Orlando that is what appeared to have occurred. 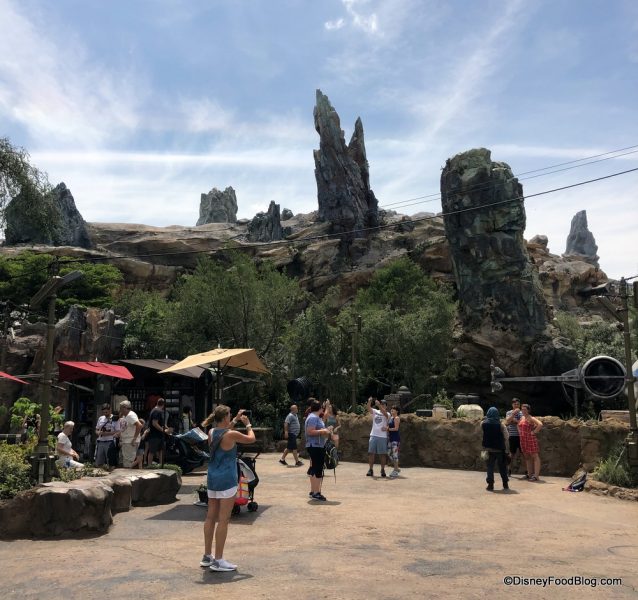 We’ve noticed that Star Wars: Rise of the Resistance has been temporarily unavailable throughout the day today. We checked around 2:40PM ET and it still appeared as “Temporarily Closed” in My Disney Experience. 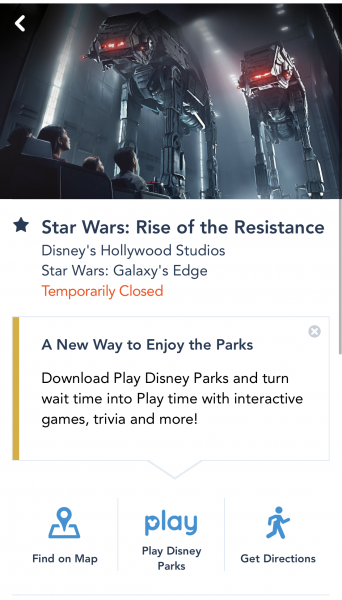 Screenshot from My Disney Experience, ©Disney

We can’t confirm if the lightning bolt is the cause of the temporary closure, or if the ride is simply experiencing separate technical issues, but we do find it interesting that the attraction has been temporarily unavailable all day following that intense weather moment. When we last checked, Muppet*Vision 3D also appeared as “Temporarily Closed” on My Disney Experience. It’s also unclear if this is similarly related to the weather issues or is entirely separate. 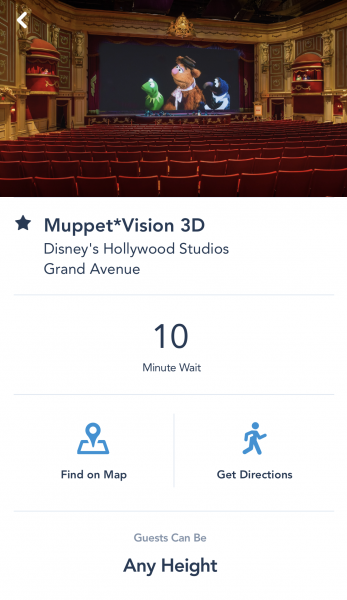 We have also received some information indicating that Star Wars: Rise of the Resistance will likely not be boarding any groups for the rest of the day. We’ll keep you posted as we learn more!

Have you ever been to Galaxy’s Edge? Let us know in the comments!