The more Minnie Ears that Disney World releases, the bigger our collection grows back home (hey, that just means we have more accessories to pair with our outfits)! 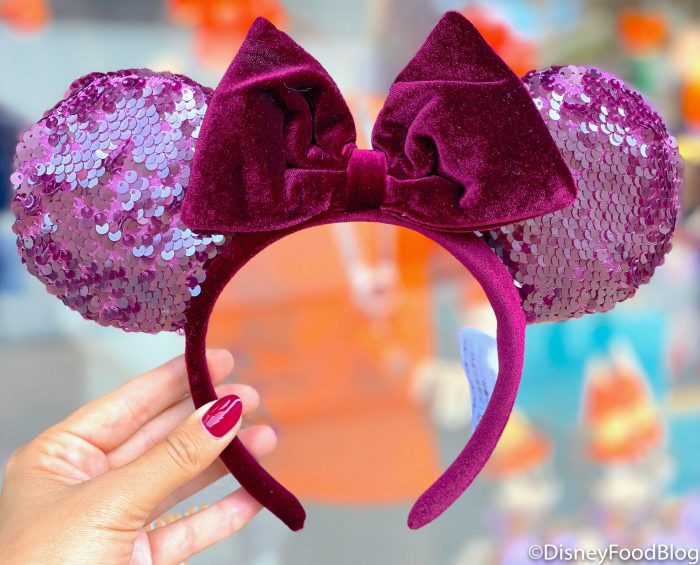 It seems like each time we’re in the parks, we can’t help but find new pairs of ears to fashion. Today, we even spotted the Frosted Berry Minnie Ears and new Grape Food and Wine Minnie Ears that are perfect options as fall continues to sweep across Disney World! But, if your stack of Minnie Ears has been piling up recently, you might need a new place to keep your prized possessions.

A few weeks ago, Disney teased the new Minnie Ears Case would be coming to shopDisney. Well, today we spotted it over at World of Disney! 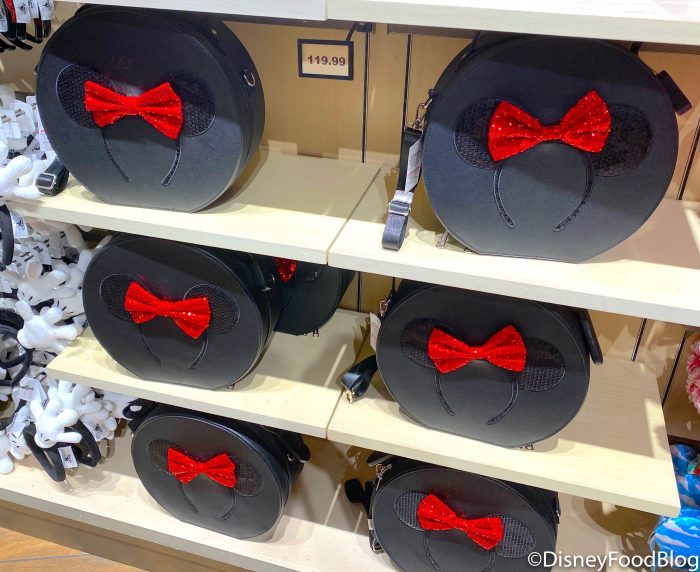 The Minnie Ears Case is adorable with a pair of classic ears etched on the front with a big, 3D red bow! 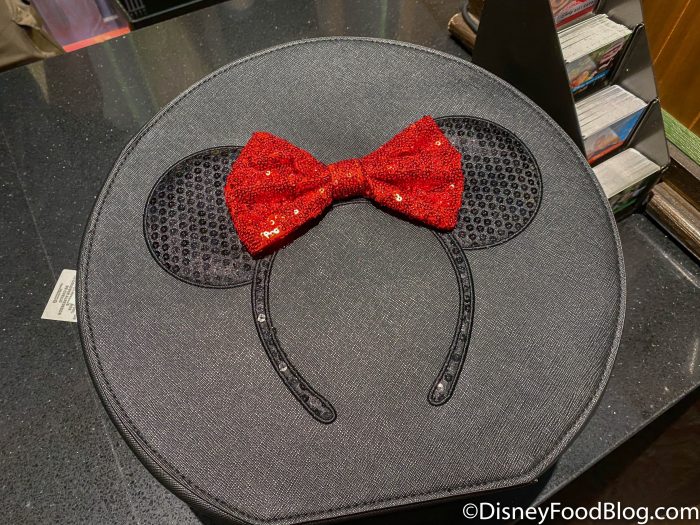 Buuut, the catch is that the container is a whopping $118 to carry around on your vacation. Still, the Minnie Ear Box is a REAL cutie with enough space to transport your ears and a carrying strap! 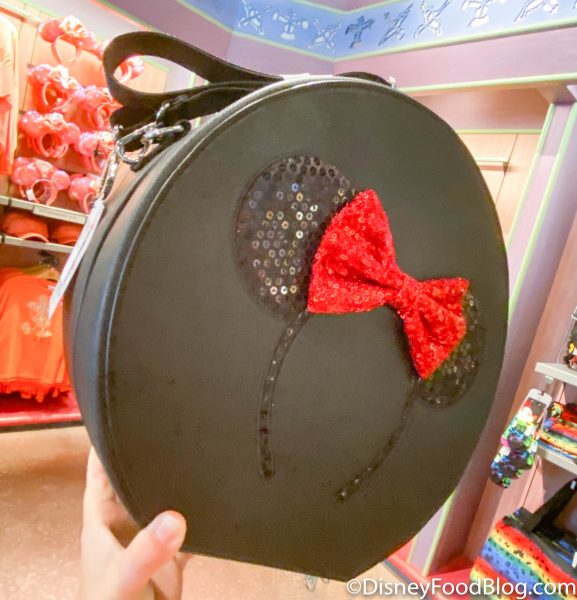 We also spotted the box in Discovery Trading Company in Disney’s Animal Kingdom and got a closer look at it there. 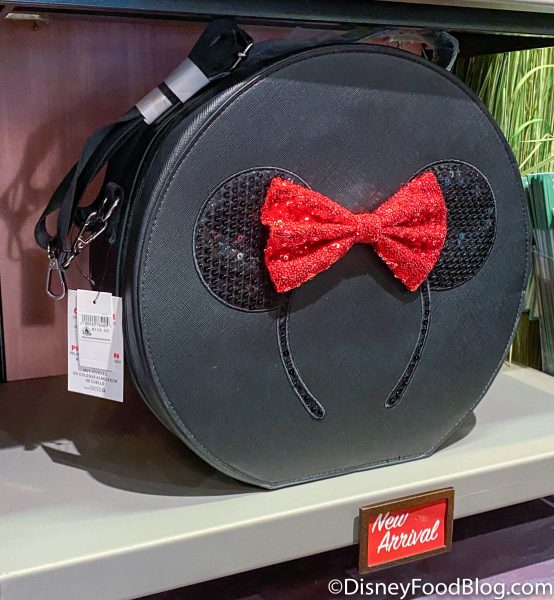 The inside features Minnie’s signature red and white polka dot pattern around the bottom and center area. 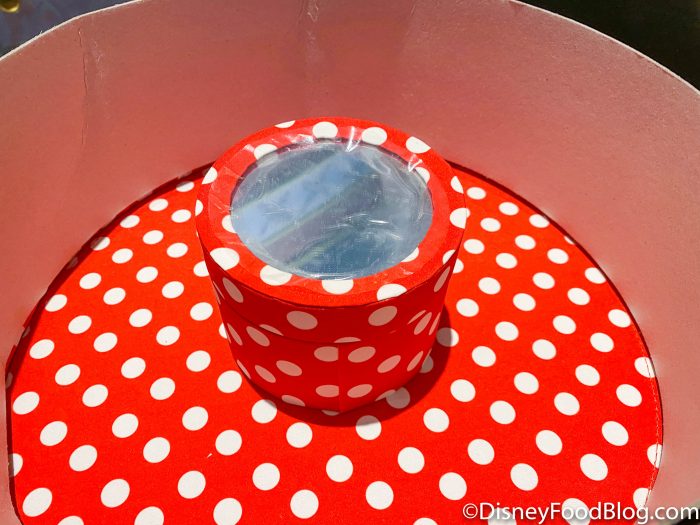 You can store your ears in the box by stacking them up around that center stand. 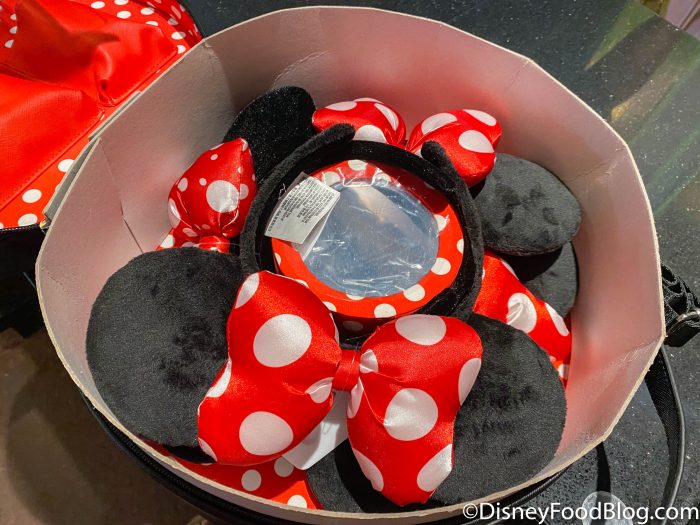 The back of the container has the Disney Parks and Loungefly logos. 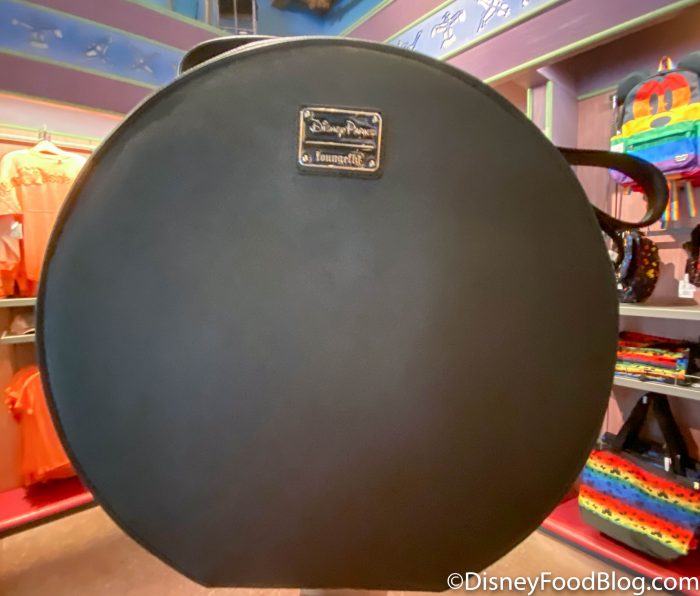 Since more new ears continue to be released around the parks, the Minnie Ear Box could easily be worth the investment as you pick up even more accessories. 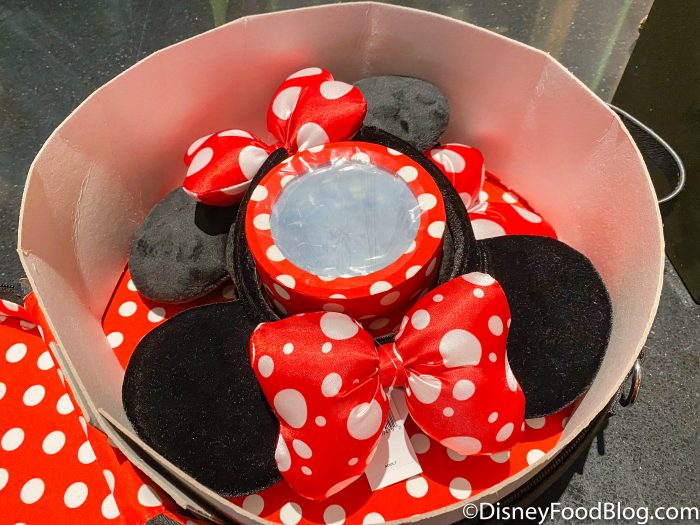 We do want to note that we have seen designs like this from a few small business owners, though this is the first time Disney has released their own. While we haven’t seen this new case over on shopDisney yet, we’ll let you know when we do!

Umm, these Baby Yoda Crocs might be the cutest trend we’ve seen in the parks so far!

What is your favorite pair of Minnie Ears? Let us know in the comments below!

« Disney and Danielle Nicole’s Upcoming Sleeping Beauty Collection Looks Like a Dream Come True!
These 2 Booths Are CONFIRMED for the 2020 EPCOT International Festival of the Holidays in Disney World! »