This month finally marked the release of the newest Disney live-action remake.

Mulan made history by skipping U.S. theaters and heading straight to Disney+ in a premium access model amidst the global health crisis. Now, the film has made its way to a theatrical release in China — and has done well despite a few obstacles.

According to the Wall Street Journal, this weekend, Disney’s Mulan reached the top of China’s box office, the world’s second-largest movie market. The film grossed $23.2 million, despite health concerns for theaters and some controversy surrounding the film.

The revenues this weekend are encouraging for the Walt Disney Company considering this is the first major movie from Walt Disney Studios to hit the market in the aftermath of the global health crisis. Plus, the film cost over $200 million, and the goal was to help the company win over Chinese markets.

The first week of Mulan‘s U.S. release came with some controversy, which made the Chinese box office all the more important. There were calls to boycott the film due to political comments made by Mulan actress Liu Yifei and the involvement of Chinese authorities in the controversial Xinjiang region, where part of the film was shot. 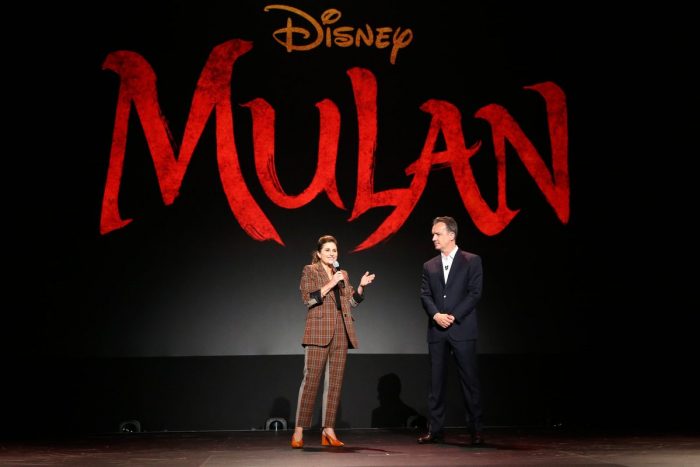 The coming weeks at the box office in China will prove telling for whether Disney achieved its goal of pleasing Chinese moviegoers and whether the company’s studios successfully weathered the global health crisis in China. Stay tuned to DFB for the latest updates!

Click here to learn how YOU can watch Mulan on Disney+ RIGHT NOW!

Have you seen Mulan? What did you think? Tell us in the comments!

« Review! Is Rainforest Cafe in Disney World’s Animal Kingdom a ROAR or a SNORE?
NEWS: The U.S. Is Beginning to Lift Restrictions on International Travel »