Disney has released a TON of gorgeous new Minnie Ears for the fall season! 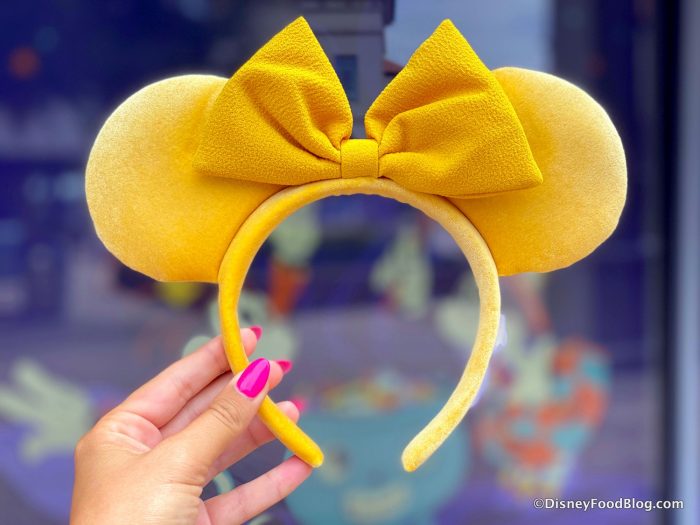 We’ve recently seen several of these new designs make their way to Disneyland, including the Yellow Velvet Minnie Ears, which are a quintessential autumn hue! And now, another pair of Minnie Ears that give us serious fall vibes have popped up in Disneyland!

A few days ago, we spotted the Frosted Berry Minnie Ears in Disney World and we were instantly drawn to them! And now, these beauties have made their way to World of Disney in Downtown Disney! 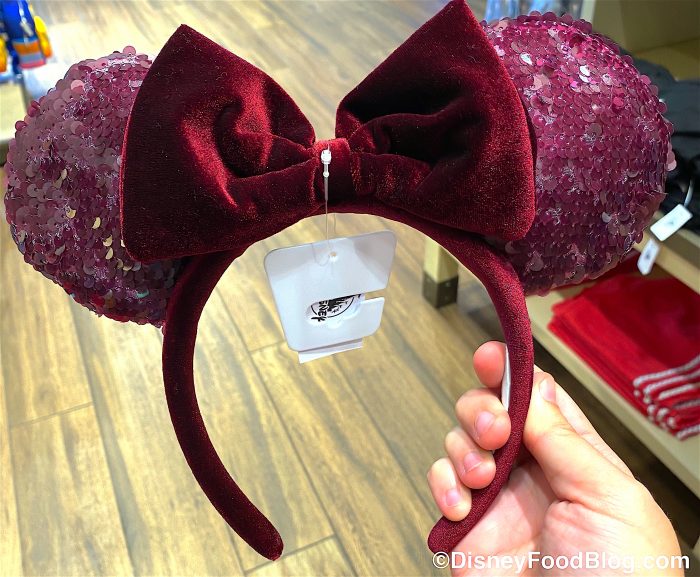 We love how rich the merlot shade looks on the gorgeous velvet band and bow! And the way it contrasts with the softer shade of the sequins gets a chef’s kiss from us! 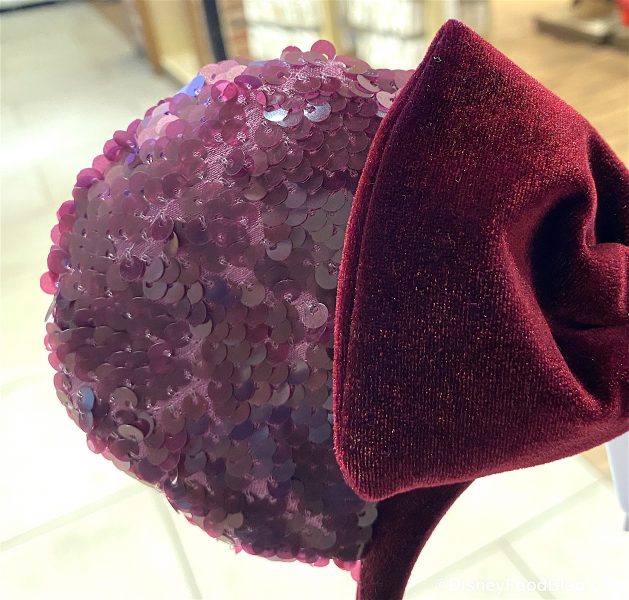 These Colors are Perfect for Fall!

That combo of sparkly sequins and soft velvet is the best of both worlds! 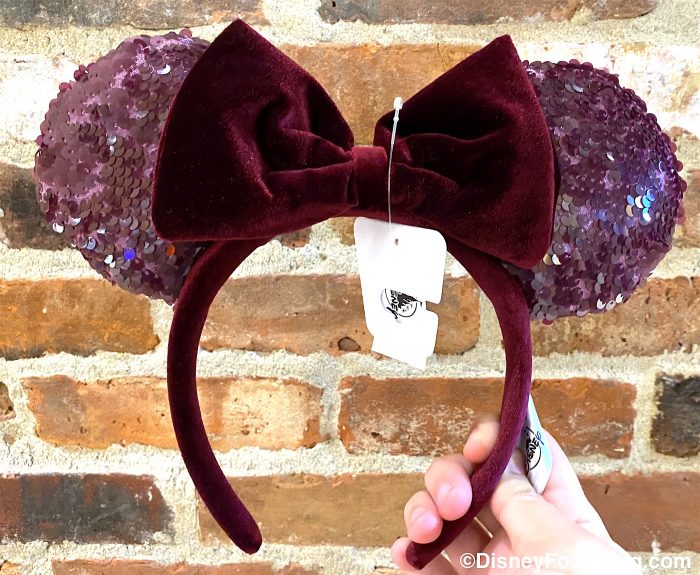 We found the Frosted Berry Minnie Ears at World of Disney for $29.99. Between these and the new Jack ‘O Lantern Minnie Ears, you’ll definitely be accessorized for the season! Now, who’s ready for a fall fashion show??

Which new pair of Minnie Ears is your favorite? Let us know in the comments!

« Tokyo Disneyland’s Beauty and the Beast Attraction To Open THIS MONTH!
DFB Video: Bizarre Things You Didn’t Consider Before Going To Disney World! »