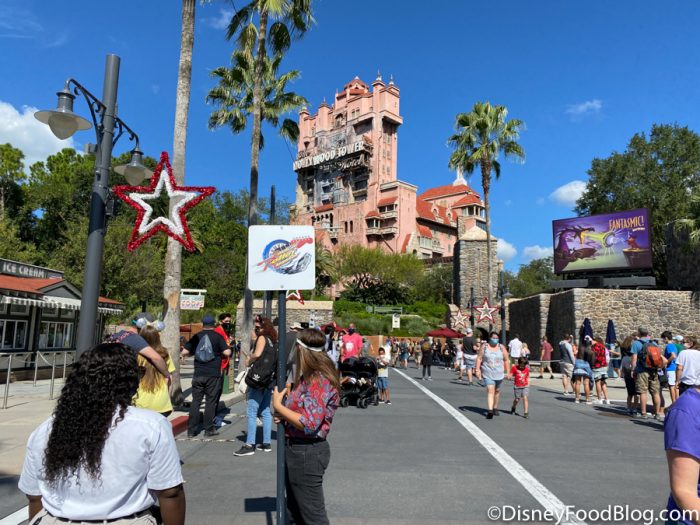 The new physical distancing guidelines have been implemented everywhere from the seating in restaurants to every attraction queue in Disney World. Groups are spaced out 6 feet apart from others, which usually makes the ride lines look twice as long. The lines for popular attractions end up extending all over the theme parks. Disney has been adjusting to the extended lines with new queues for certain rides.

The lines for Twilight Zone Tower of Terror have been extending outside the attraction queue, into Sunset Boulevard, and into the queue that is meant for the Hollywood Hills Amphitheater. The extended lines leave Sunset Boulevard feeling extremely congested.

The line now wraps around the backside of the Tower of Terror near the gift shop. There was a bit of confusion around Joffrey’s Coffee and Tea Company since the line cuts in front of the kiosk. Other than that, it seems to have cleared up the crowding on Sunset Boulevard! 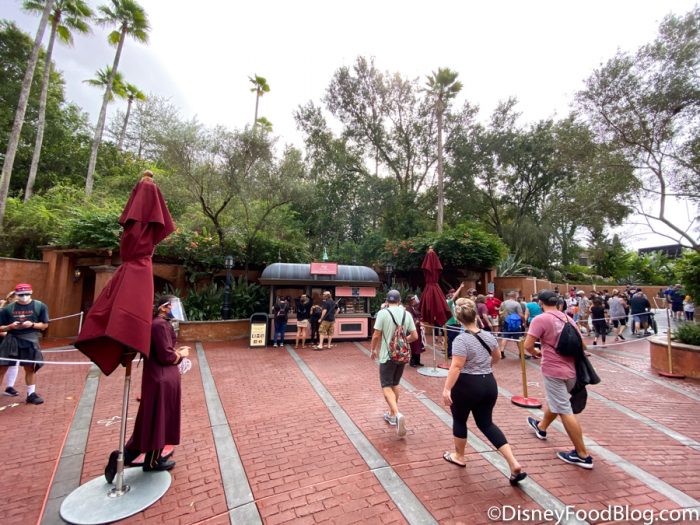 A modified version of Sunset Seasons Greetings has started in Hollywood Studios this week. The light show is projected on the Tower of Terror and is best seen from Sunset Boulevard. The new line will hopefully allow for less crowding in the street so guests can spread out and watch the show. 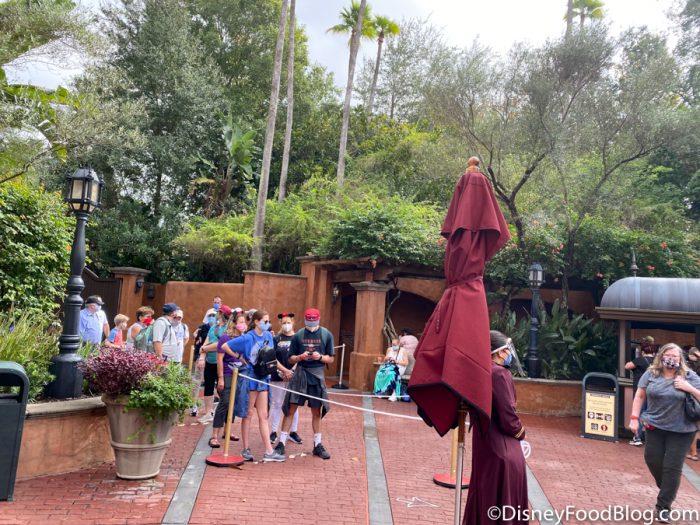 Disney will most likely continue to change the way we experience the parks while they adjust to the new protocols. We’ll monitor Disney World’s attractions and queues while park crowds slowly increase!

Have you visited Disney World lately? Tell us about your experience in the comments below!

« Disney Has Released FOUR Pairs of Crocs for Kids Online!
PHOTOS! Virtually Explore the Nighttime Holiday Decor at Disney’s Animal Kingdom With Us! »