Walt Disney World will schedule planned refurbishments for attractions throughout the year. It’s best to be aware of the schedule ahead of time so you can plan your vacation around the closures!

December draws in holiday crowds who flock to the theme parks for a chance to see the Christmas decorations and new entertainment. Disney World has planned a few scheduled refurbishments during the first week of December and beyond. To help you plan, let’s do a quick recap of all the attractions that will be closed due to refurbs next week!

The beloved PeopleMover was originally slated to reopen with the rest of Magic Kingdom in July. Despite this, the attraction remained closed for some time. The closure lasted so long that it eventually ended up on the refurbishment schedule on the Disney World website. Then the refurbishment was extended…twice!

The closure has been extended yet again and is currently scheduled to be closed through January 9th, 2021. All refurbishment schedules are subject to change, however!

The Disney World train is not currently running due to the construction around the new attraction TRON Lightcycle Run. TRON is projected to open during Disney World’s 50th Anniversary in October 2021. The opening date for TRON is subject to change and there is no projected opening date for the railroad at this time. 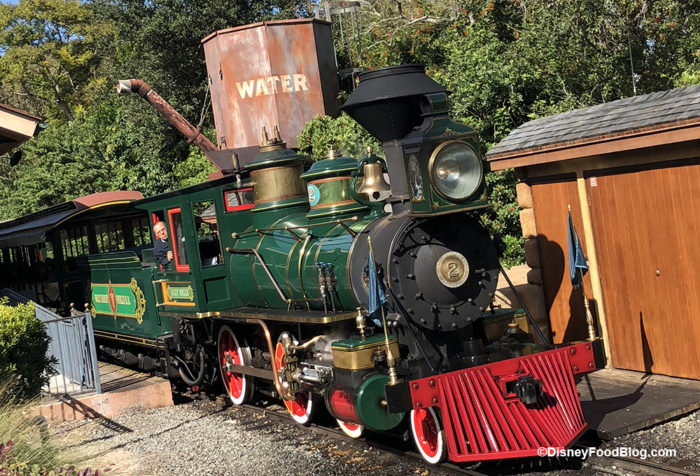 In the meantime, you can still take photos in front of the train which is parked outside the Fantasyland Train Station!

Take a look at our latest construction photos for TRON!

We’ve been watching the Rivers of America drain slowly over the last month. It’s now currently completely drained in order to proceed with a scheduled refurbishment. Naturally, you need water to sail aboard the Liberty Square Riverboat or raft over to Tom Sawyer Island! Both of these attractions are closed while this section of the park gets a little TLC. 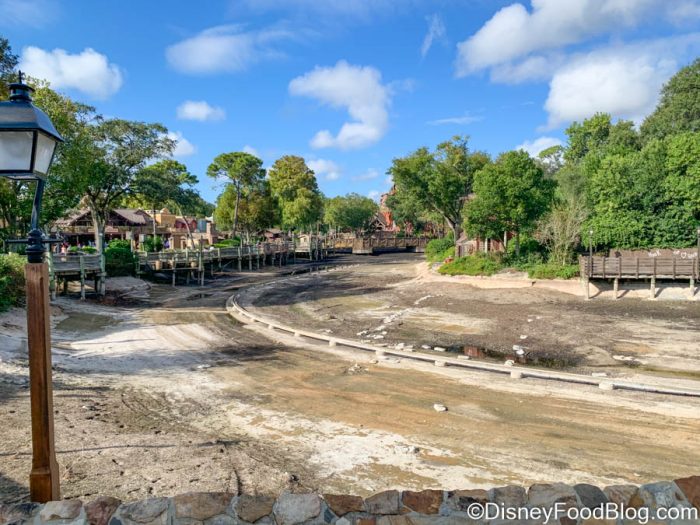 The construction was originally intended to last until January 2nd, 2021, and was extended through February 28th, 2021.

See more photos of the newly drained Rivers of America!

Outside of the scheduled refurbishments, other attractions, portions of parks, a few hotels, and both water parks are currently closed. EPCOT, in particular, is currently a maze of construction walls as Disney prepares for the park’s transformation. We’ll continue to update you on all refurbishments in the future!

Learn about all the attractions and hotels currently closed this month!

Are you heading to Disney World in December? Let us know in the comments!

« Disney World Weekly Weather Update: Rain and Cold Temps Are On The Way!
You Could Get Paid $2,500 to Watch Christmas Movies! Find Out How HERE! »