Over the past few months, Disney Cruise Line has gradually canceled cruises further into 2021. So far, cruises through April and part of May have been canceled, as have select cruises over 7 nights.

Last week, we also shared that Canada has extended its cruise ship ban through to 2022. This ban prohibits many cruise ships from Canadian waters. When that first occurred, future Disney cruises that depart from Canada (which include some Alaska cruises) still appeared on the Disney Cruise Line website for booking. But, now things have changed.

Today, when we searched for cruises that depart from Vancouver, British Columbia, Canada, the website showed that there were 0 available cruises. 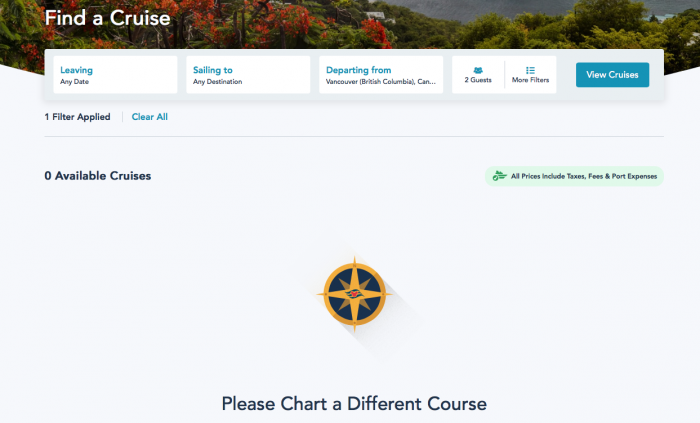 Also, when we searched for all Alaska Cruises departing from any port, the website showed 0 cruises available. 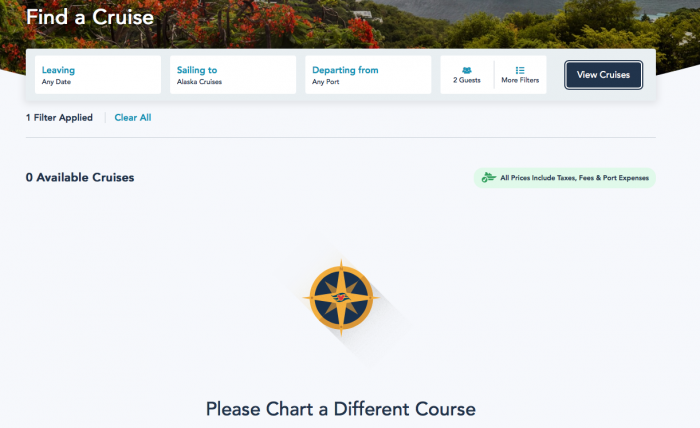 So, it seems guests are presently unable to book these cruises online. But, the Disney Cruise Line website doesn’t yet state that any of these Alaska cruises or cruises departing from Canada have been formally canceled.

At the moment, the future cruises to Alaska and cruises departing from Vancouver have just been removed from the website for booking purposes.

We’ll keep an eye out for more updates and we’ll let you know what we see.

If you plan on going on a Disney Cruise in the future, read this!

Have you ever been on a cruise to Alaska? Let us know in the comments.