The theme park opened as an extension of Disneyland in 2001. (Can you believe it’s really been 20 years??) Of course, Disneyland is celebrating the theme park’s birthday with loads of goodies. We stopped at Disneyland Resort to check out all the limited-edition merchandise!

Disneyland is mostly closed due to the global health crisis. In the meantime, visitors can shop and dine at Downtown Disney and Buena Vista Street inside California Adventure. Let’s take a look at all the anniversary merch we got our hands on today!

First up is the Disney California Adventure 20th Anniversary T-Shirt. The front of the shirt features Mickey himself popping up out of the front pocket that has the anniversary logo. 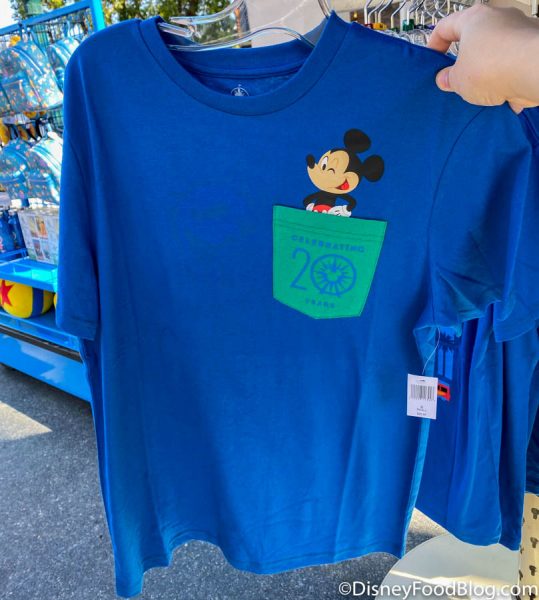 The back of the t-shirt features a color block design of the logo. You can travel through all your memories in the parks with park icons like the Red Car Trolley and Cars Land. The t-shirt is available for $29.99. 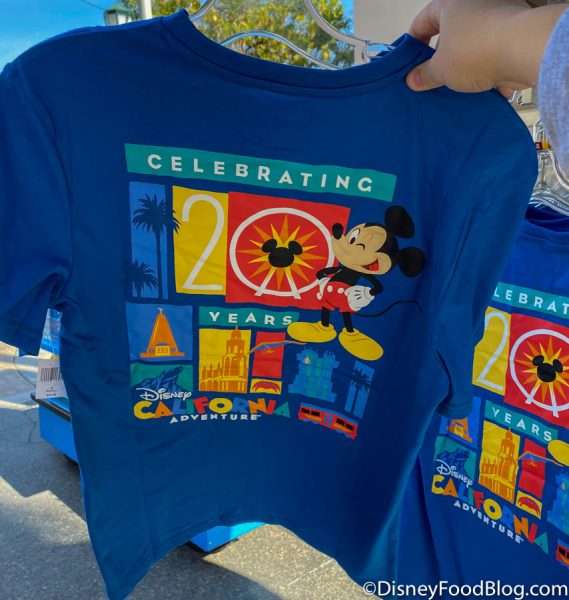 There is also a 20th Anniversary Hoodie that was released with the collection for $36.99. The hoodie features the full anniversary logo that we got a preview of when the collection was announced! You can find all the same park icons in the background and Mickey and Minnie are front and center in the Red Car Trolley. 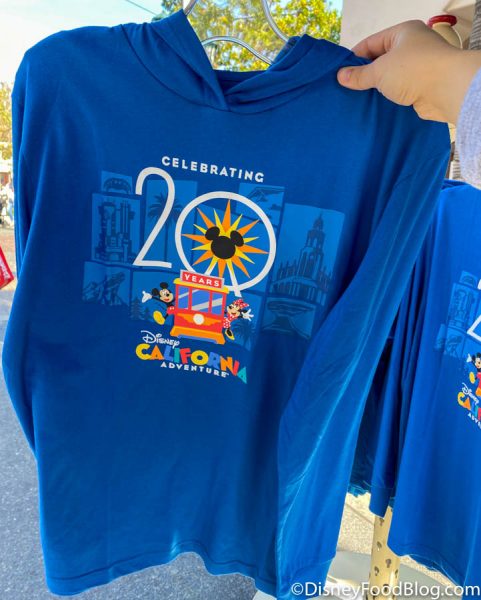 The merchandise collection also features some trinkets including a water bottle for $34.99. The blue insulated water bottle has the anniversary logo on the front and should keep your drinks hot or cold much longer than an average cup! 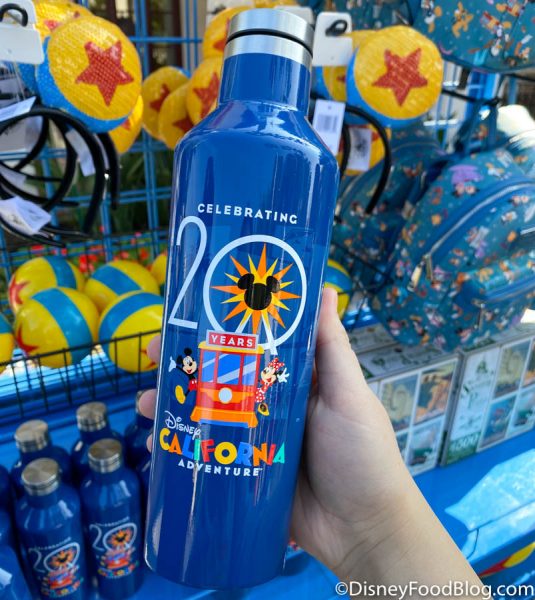 And, you can take the celebrations with you everywhere on the Disney California Adventure 20th Anniversary Charm for $9.99. The four-strand charm has Mickey, Minnie, the Pixar Pal-A-Round wheel, and a charm marking 20 years! 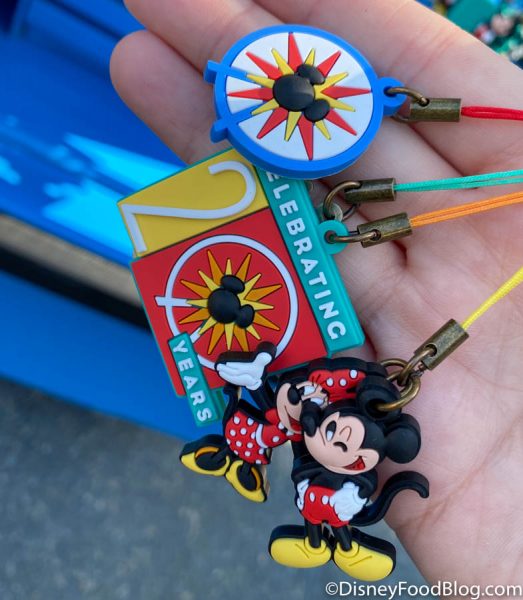 We spotted all the new souvenirs at an outdoor cart located next to Carthay Circle Restaurant on Buena Vista Street, but you can also find the collection at Elias and Co. and at World of Disney in Downtown Disney. We’ll be making our way back to Disneyland Resort to check out what’s new very soon!

Check out the NEW Beauty and the Beast collection from Disneyland here!

Are you heading to Disneyland for shopping and dining? Let us know in the comments below!

« Alaska Cruises Removed from Disney Website for Booking
Bride-to-Be? These New Disney Ears Are for YOU »