Disney California Adventure Park officially opened at Disneyland Resort on February 8th 2001, and it has definitely changed quite a bit over the years. This year, we’re celebrating 20 years of getting to enjoy this unique Disney theme park!

At the moment, Disney California Adventure Park is closed, but guests can still visit parts of it and even eat at some of the park’s restaurants since Downtown Disney has expanded onto part of Buena Vista Street. And soon fans of Disneyland Resort’s second park will be able to celebrate this special 20th anniversary with limited edition merchandise!

Starting February 8th, 2021, fans can visit World of Disney in Downtown Disney and Elias & Co. on Buena Vista Street to snag a limited assortment of merchandise celebrating Disney California Adventure’s 20th anniversary. The merchandise will include t-shirts with the anniversary logo, and other items. The 20th anniversary logo, featured below, highlights some of the park’s many signature features including the Pixar Pal-A-Round wheel, Mickey and Minnie riding the Red Car Trolley, and more.

So, if you’re looking to celebrate this park’s special anniversary, be sure to head to those stores and check out this merchandise while it’s available. 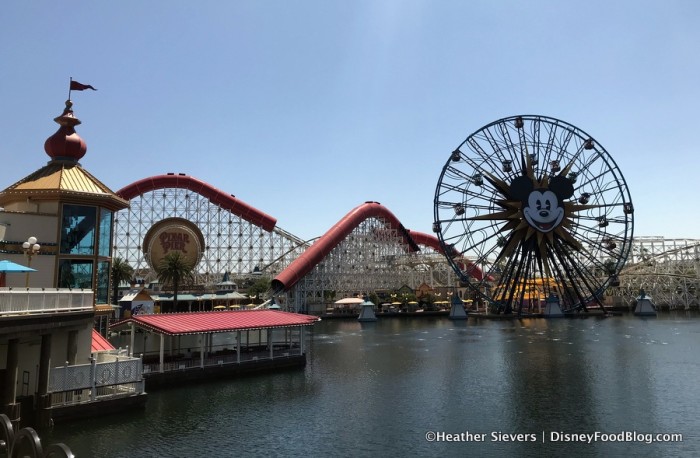 Looking for some other special experiences at Disneyland? Later this week, Disney fans will be able to visit Disneyland to take some fun photos at a special WandaVision photo op. We’ll keep looking for more updates related to Disneyland and let you know what we find!

Click here to see some of the restaurants that will be reopening soon at Disneyland Resort!

What do you think of this special 20th Anniversary merchandise? Let us know in the comments!