For many folks, Disney World is the perfect happy place. 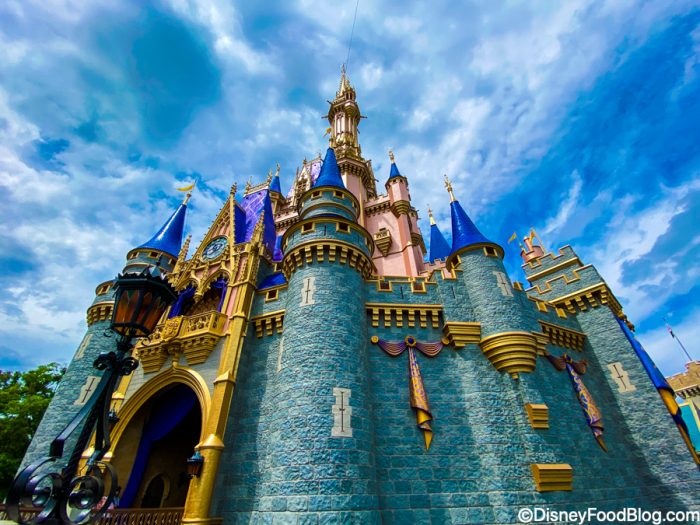 Sure, it’s a joy to walk down Main Street, U.S.A., but we can’t always jet off to the parks every time we need a pick-me-up. Well, good news! You don’t necessarily need to drop big bucks to get to your happy place. What if you could go to Disney World WHENEVER you want without leaving your house…or putting on pants. How you ask? Our kids showed us.

Woah, woah, woah. We’ll slow down. What in the world is Roblox? Buckle in. We’re talkin’ video games!

Well, YOU might not know about it but one of your kids sure might! Roblox is an online game platform and game creation system that lets users create their own games for other users to play. And it’s super big with the younger set right now. Like, our kids are actively glued to it as we type. We’re not kidding. They basically live in this game. 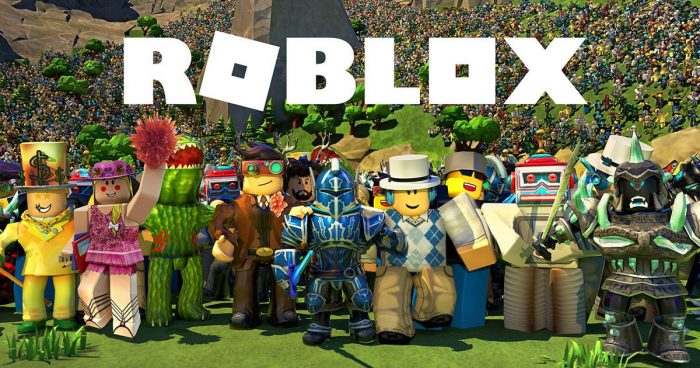 Right now, you could be hopping on Space Mountain or entering the turnstiles at Magic Kingdom. For free. 24/7. From home. It’s actually super fun.

Click here to see MORE ways to play with Disney!

How to Get to Disney World in Roblox

So, how does Roblox work and (more importantly) how do you get to Disney World? To start, you’ll head to the Roblox website and make sure you have the Roblox player downloaded on your computer. You can create an account if you want one too! Then, you’ll want to search Walt Disney World Resort and look for the pictured entry. Having trouble finding it? Click here to head straight to Roblox Disney World! 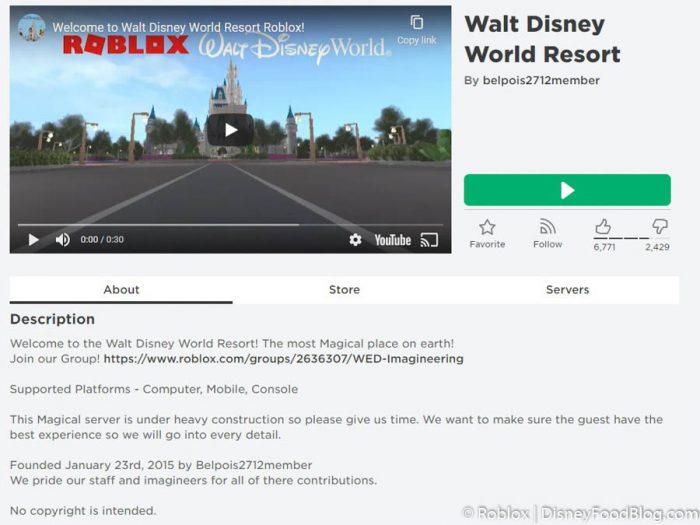 Before we jump in, let’s take a sneak peek at this virtual Disney World!

Once you’ve got your player downloaded, you can hit the green button on the Walt Disney World Roblox page which should launch your Roblox server. Next thing you know, you’ll spot this message from “WED Imagineering” welcoming you to the Disney World server. 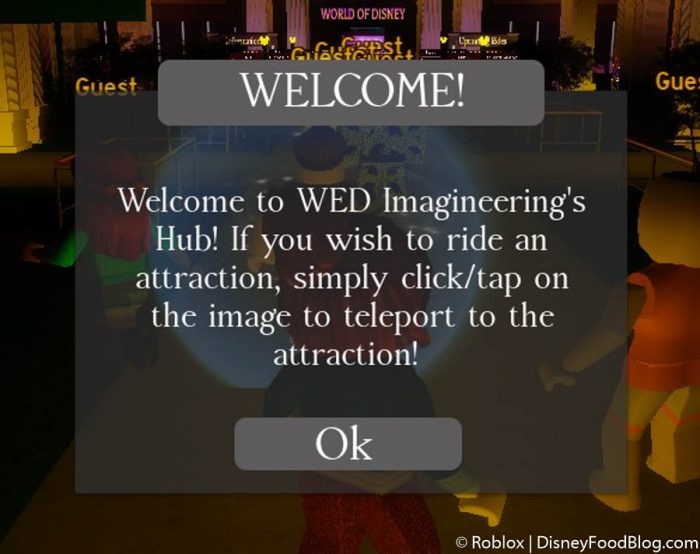 So, let’s get exploring!

At first, you might find yourself a little confused. This dark space with lots of signposts doesn’t LOOK that much like Disney World. But, you’ll notice some familiar park names on the signage. 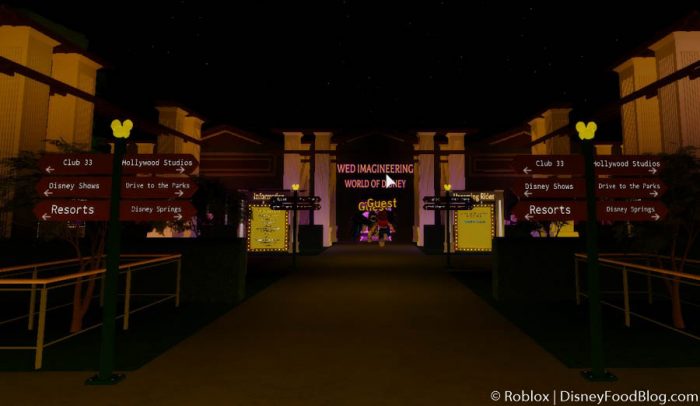 Before you dive into exploring Disney World, you might want to turn around. Behind where your character enters the server, you’ll spot the Disneyland train station with a note that Disneyland is coming soon. Oooooh! In fact, the server is a work in progress so you’ll notice that it’s just beginning to have fully fleshed out areas of Disney World. There’s no strolling through Disney’s Animal Kingdom or EPCOT just yet! 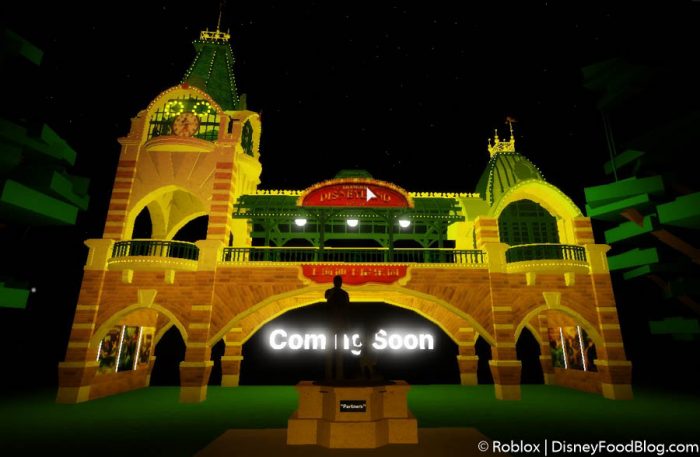 Magic Kingdom and Disney’s Hollywood Studios are both available, plus a few other areas. To access them, you head down the noted paths and check out the marquees. Click on any marquee and head into the world! Unfortunately, Main Street, U.S.A. is under construction at this time so we were super bummed to find we wouldn’t be spotting Cinderella Castle today.

But we can at least check out this video of what the Main Street, U.S.A. server looks like when it is open!

Instead, we started our tour in Tomorrowland. Look, it’s even got the new Tomorrowland sign! We have to say, we were pretty shocked by the detail when we first dropped in.

You can walk all through Tomorrowland and even ride some of the attractions! We spotted that you could hop on the PeopleMover (well, at least there’s SOMEWHERE we can ride it), the Tomorrowland Speedway, and Space Mountain!

And yes, you really do ride the attractions. Your character walks through the queue, then you watch the pre-shows, load onto the ride vehicle just like you would in Disney World, and then RIDE THE RIDE. 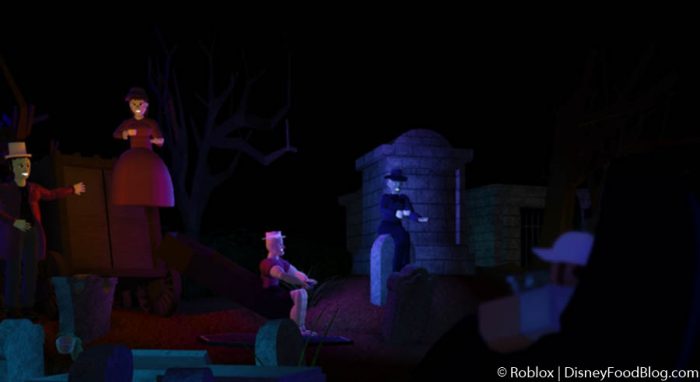 Here’s what it’s like to ride along on Big Thunder Mountain Railroad!

The server even features shows! These happen in real-time every day. To catch Happily Ever After, you’ll need to head to the server at 4PM or 8PM EST. Fantasmic also runs, but the schedule is not set, so you need to keep checking back to hear when the next show is scheduled. 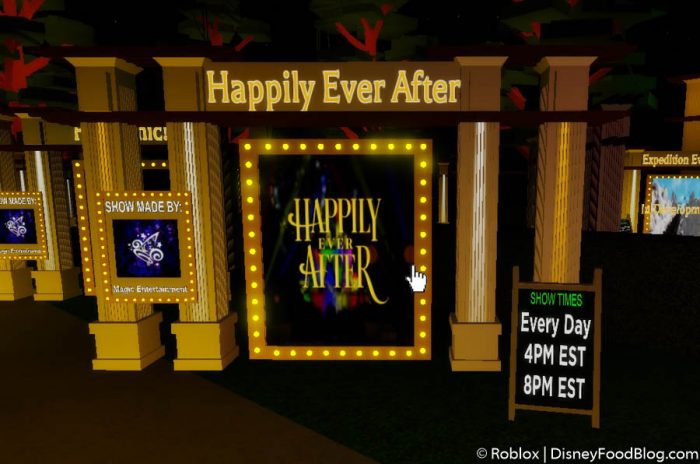 You can also stroll around Disney’s Hollywood Studios and again, the detail is astounding.

Seriously, they’ve even got the Mickey touchpoints at the park entrance! 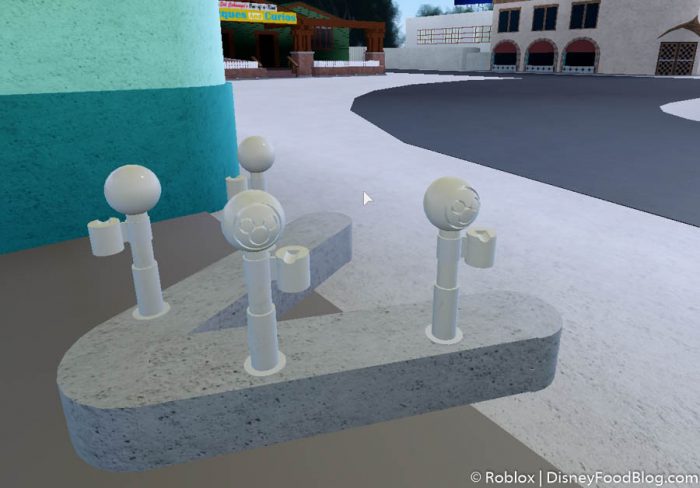 Stroll allllll the way up Hollywood Boulevard and you’ll be able to gaze in wonder at the Chinese Theater, just like you do in the real Hollywood Studios. You can also head into the Animation Courtyard and down Sunset Boulevard. 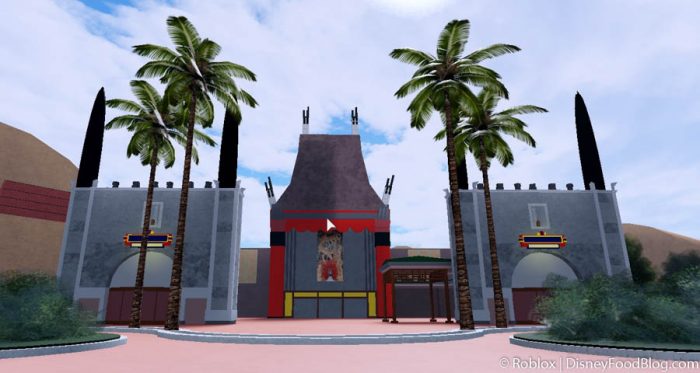 As you can see, the server is kept updated. It has posters for Soul, Black Widow, and WandaVision, and the Hollywood Studios sign has the new logo. 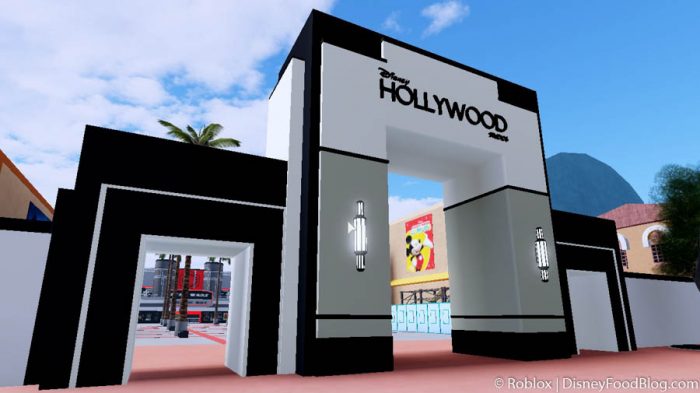 You KNOW that Hollywood Studios has some attractions too. We strolled down to Rock ‘n’ Roller Coaster and hopped in the queue. Unfortunately, this one DOESN’T have a pre-show.

Once we got to the front of the perfectly detailed line, we were able to lock into our seats. And yes, it looks JUST like the real Rock ‘n’ Roller Coaster. Then, the ride launched with a perfect replica of the real roller coaster. How fun! 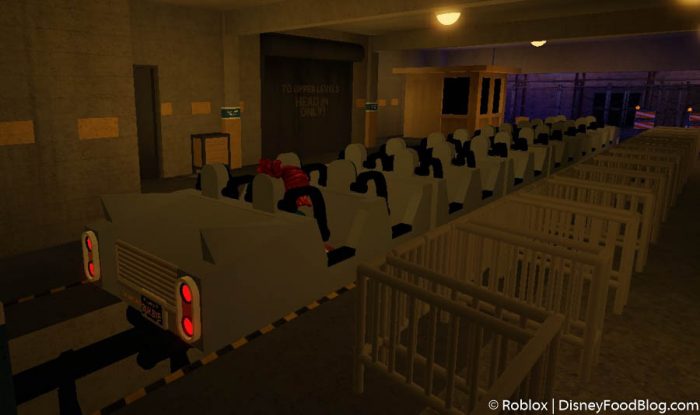 There are even walkthrough attractions available including a very detailed One Man’s Dream and Star Wars Launch Bay. 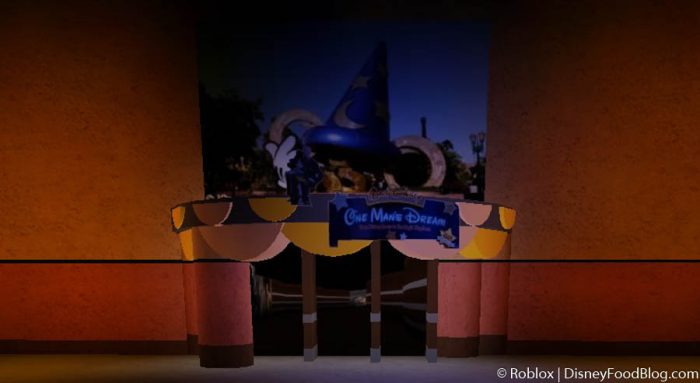 We’re pretty excited to see what the future has in store for the parks on this server — especially if that means we’ll get to explore EPCOT and Animal Kingdom! Right now, Expedition Everest is in progress! You can also visit non-park Disney World locations like Disney Springs. This spot featured a full World of Disney where you can purchase clothes for your Roblox character.

AND you can head over to Disney’s Polynesian Village Resort to check out the guest rooms. There are four different views you can choose from. It’s like your whole Disney vacation online! 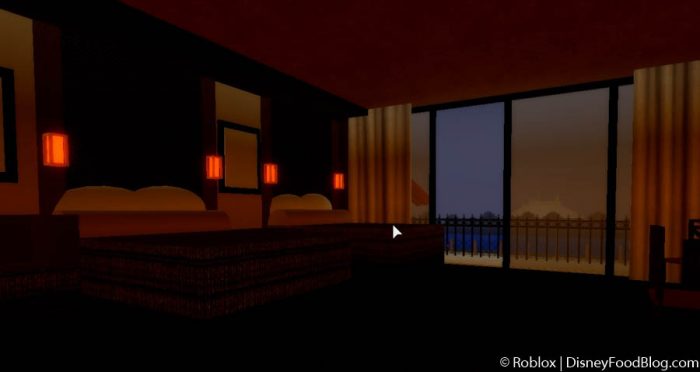 There’s a LOT more to see in the Roblox Disney World, so you should get exploring for yourself! Kiddos might especially love hanging out in the virtual space, just make sure there’s parent supervision since other real folks are walking around the server too. You never know when one of the coolest Disney World things you learn could come from your kids! As always, stay tuned to DFB for alllll the interesting Disney tidbits!

Click here to learn MORE about how to add some Disney to your favorite video games!

Will you be heading to Disney World virtually? Tell us in the comments!

« We’ve Got the Code You Need to Save BIG on Disney Souvenirs!
Disney World to Host a Famous Spelling Bee »