Disney World is absolutely chockful of hidden details and secrets.

There are things about the parks that absolutely BLOW our minds (and they’d probably shock you too!). Many a Disney fan has spent time looking for hidden details and secrets, but you’re probably not looking HERE to find those Disney World gems… You wouldn’t believe some of the hidden secrets you can find in Disney gift shops! 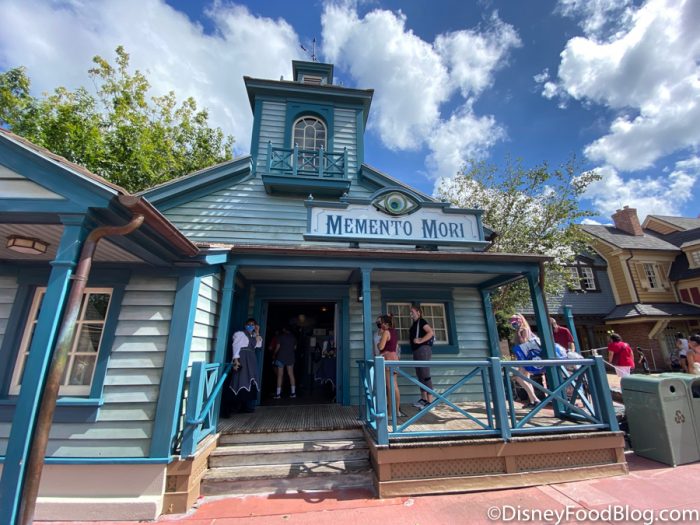 Just like the Haunted Mansion ride, Memento Mori is FULL of amazing treasures and hidden details. We recently spotted a bottled spirit sitting high on the shelves and boy, did it give us a fright!

Make sure to look out for bottled spirits in Memento Mori! 👻 pic.twitter.com/KOG7FlS4eK

How appropriate for the Haunted Mansion gift shop! Seriously though, look around and spot some of the amazing details in this shop. Did you know this shop is themed as Madame Leota’s home from when she was alive? That’s why you can spot that portrait of her! 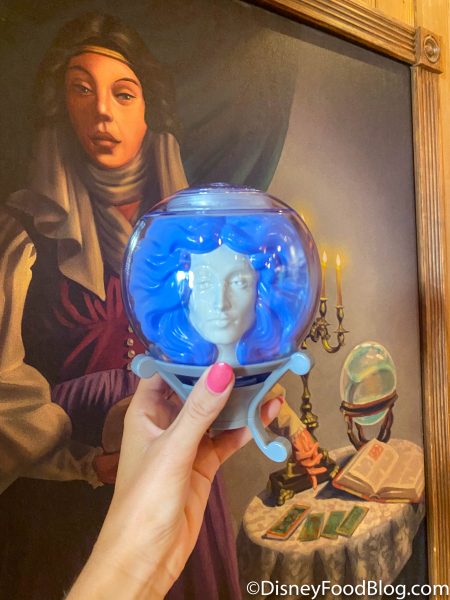 And that’s not the only visage of Madame Leota either, you might spot her spectral form gazing back at you in the mirror. (But only if you time it right! Seriously…keep watching. It’ll happen. 🙂) 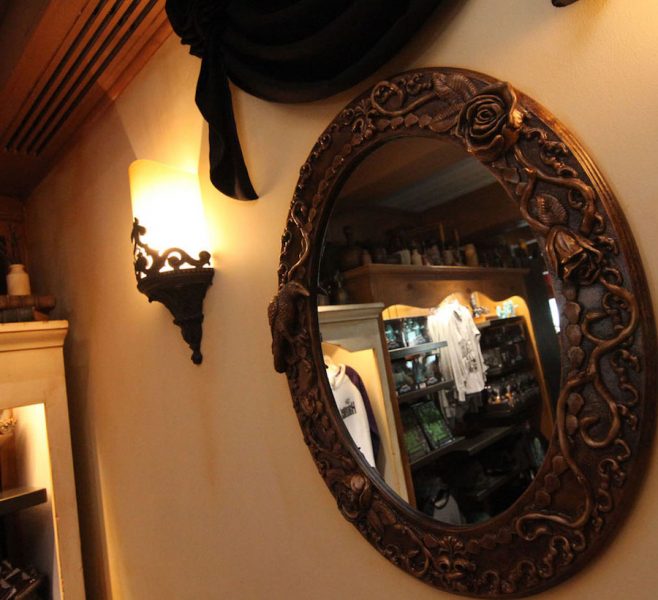 See what we mean? Memento Mori has some of the neatest details around!

Click here to learn more about the bottled spirit!

One of our favorite details in all of Disney World is located in Sir Mickey’s of Magic Kingdom’s Fantasyland. This spot is uniquely themed after the “Mickey and the Beanstalk” short from 1947. 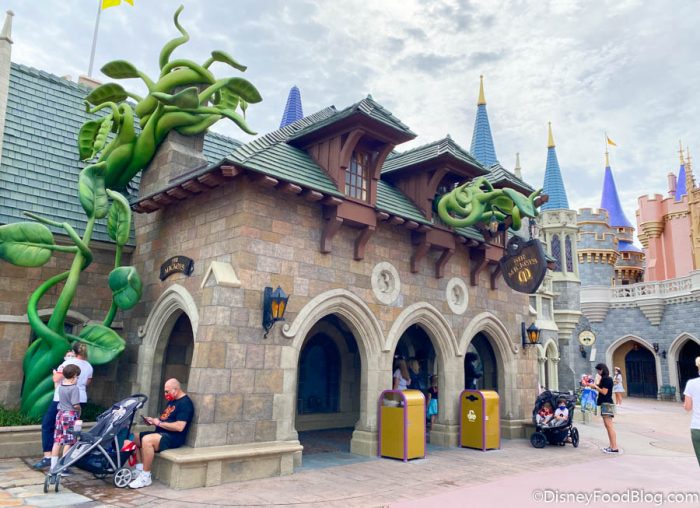 You’ll spot the beanstalk growing all through this store (quite fittingly, we might add), but you’ll want to look up across from the main entrance for an (ahem) GIANT surprise. Willie the Giant from the short is peeking through the roof and into the store! 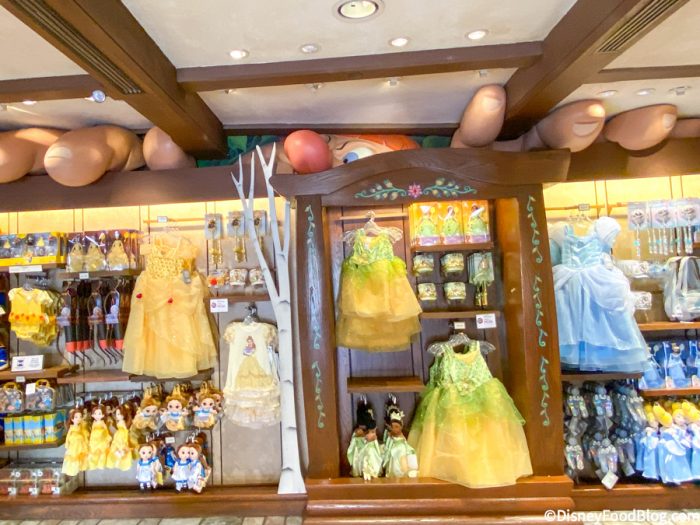 Once you spot this you’ll be shocked you never noticed him spying on the customers before!

The collector’s store in Star Wars: Galaxy’s Edge in Disney’s Hollywood Studios is a veritable treasure trove of hidden details and Star Wars references. Seriously, there are a LOT of easter eggs in this shop; you just have to pry your eyes away from Dok-Ondar himself to see them! 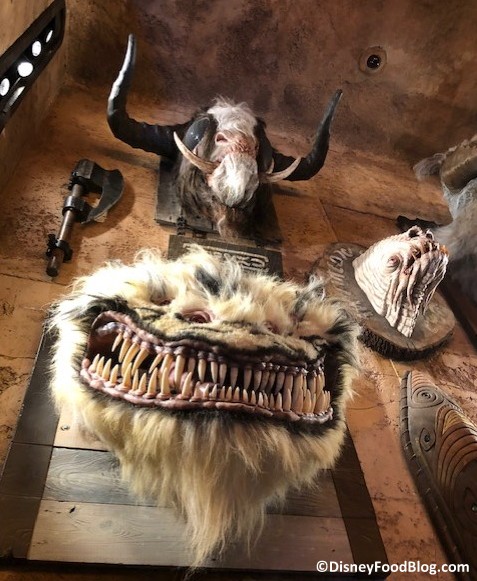 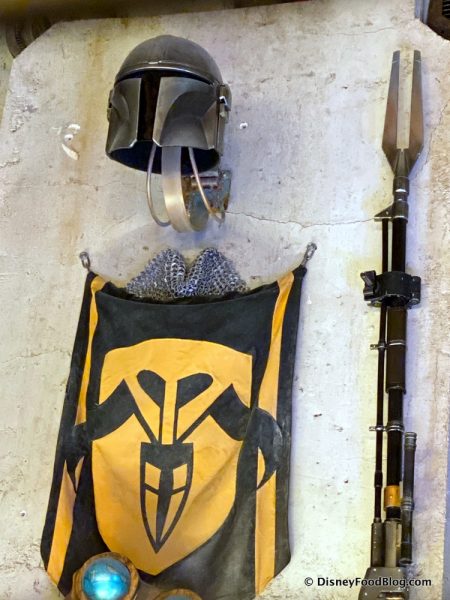 Our favorite detail though is that you can actually spot the Mandalorian’s helmet on the wall from the Disney+ series that hadn’t even debuted when Dok-Ondar’s opened!

Bonjour! Village Gifts recently reopened in the New Fantasyland section of Magic Kingdom. This spot is a great place to snag Disney-themed arts and collectibles and, of course, Beauty and the Beast merchandise. 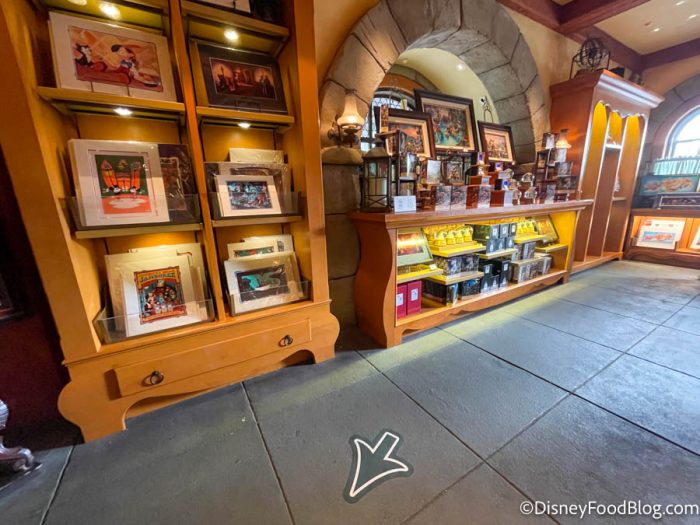 There is one face inside Bonjour Village Gifts that has some hidden meaning though. You may notice a portrait of a smiling fellow in a feathered hat on the wall. 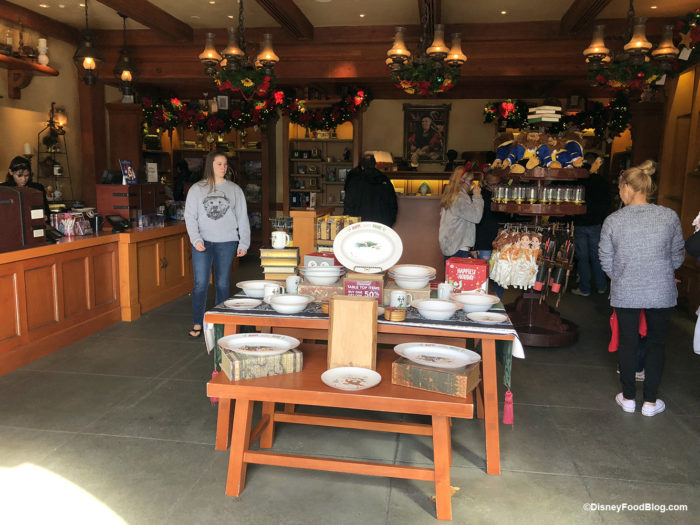 See it all the way in the back??

That’s actually the likeness of Phil Holmes, the then-Vice President of Magic Kingdom.

This next detail is less one that has to do with the theming of a shop and is actually a pretty unique merchandise item you can snag at spots like Tomorrowland Light and Power Co. in Magic Kingdom and Mission Space Cargo Bay in EPCOT. Notice something in common? 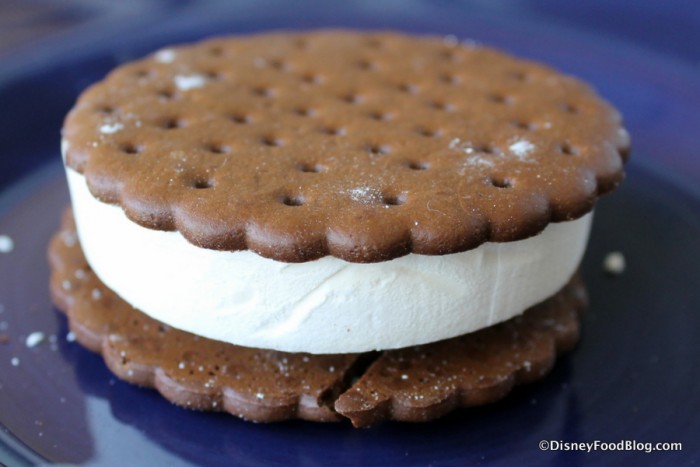 You can pretend you’re on a grade school field trip to the museum and pick up ASTRONAUT ICE CREAM at these spots. This is freeze-dried ice cream and yep, it’s a little on the unique side. But hey, it might be worth a try once. (Some of us actually kinda really love it!)

Let’s take a spin over to Disney’s Animal Kingdom to stop by Dinoland, U.S.A.’s resident merchandise stop, Chester and Hester’s! This is one of the more fun stores in all of Disney World due to its kitschy, dino-fueled design. 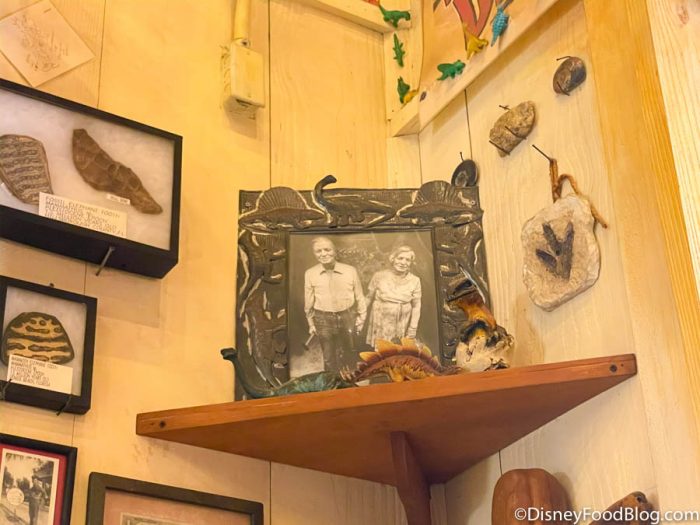 Take a look around and in a certain corner, you may even notice some photos of Chester and Hester themselves when they opened the “service station” you’re in AND you can spot them in their golden years!

Anyone who’s a fan of a certain scary Disney World ride knows that there’s one GREAT place to look for hidden easter eggs in Disney’s Hollywood Studios — The Twilight Zone Tower of Terror! There is a LOT to see in this haunted hotel — even a notorious ventriloquist dummy hiding near the exit. 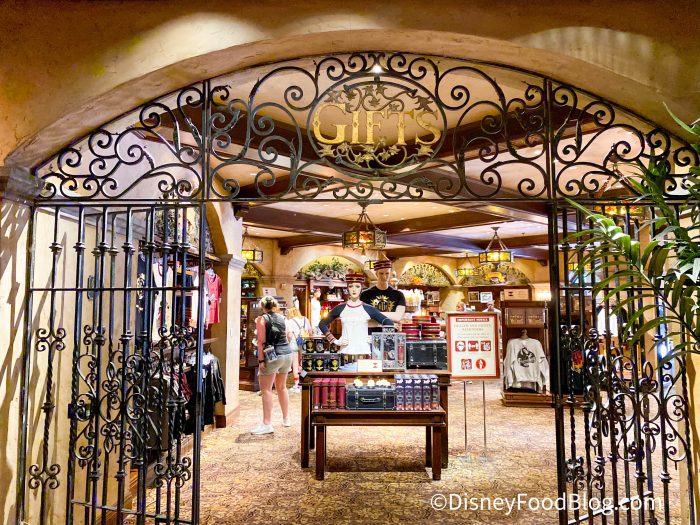 Tower Hotel Gifts (the resident merch spot) has some details of its own. For one, you can spot the closed not-in-service elevator with a posted dinner menu nearby. 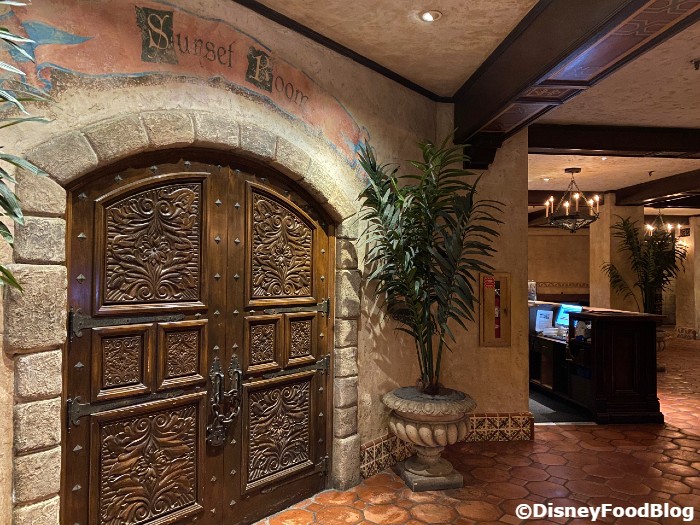 And the pumpkins in the window displays show that the hotel was celebrating Halloween during the fateful lightning storm!

To learn more about Tower of Terror, click here!

And there you have it! Next time you’re exploring the shops of Disney World, don’t forget to look at those details you CAN’T buy. As always, stay tuned to DFB for the latest Disney updates!

Did you know about all of these secrets? Tell us in the comments!