Recently, Disney has been making an effort to show more inclusivity.

As part of their effort to be more inclusive, a new map in Disney World represents people with disabilities, there have been adjustments to Cast Member uniforms, and Disney has released costumes that are perfect for kids in wheelchairs.

Now, Disney recently launched a new program called “Reimagine Tomorrow.” This program highlights current storytelling and transparent acknowledgement of the past as ways they can work to create a new, “reimagined” future.

Disney has a new website for their “Reimagine Tomorrow” project. On the website, we found several projects in the works as part of Disney’s inclusivity effort.

One of the biggest focuses is on people telling their personal story and the story of their culture. Disney highlights people on this site as a place for their voice to be heard.

Disney is also going to include advisories on their streaming service, Disney+, that warn viewers if any content includes “negative depictions and/or mistreatment of people or cultures.” 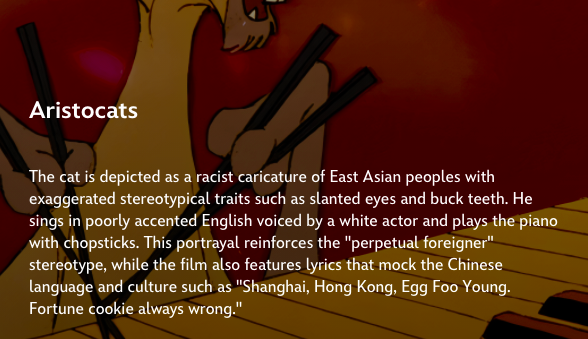 Example of an advisory on Disney+ ©Disney

Other projects include Disney musicals in schools to support arts programs, an alliance between ESPN and My Brother’s Keeper, and the Disney Dreamer’s Academy, which is an immersive program that’s designed to help African-American youth.

In addition, Disney introduced a new film that explains the goals of this program.

There are a lot more projects represented there, and you can see them all now on the newly launched website now.

Which of Disney’s new inclusivity projects are you most excited about? Let us know in the comments!

« Disney’s Latest Halloween Item is a MUST For Haunted Mansion Fans
3 More Disneyland Snack Spots are Now on Mobile Order! »