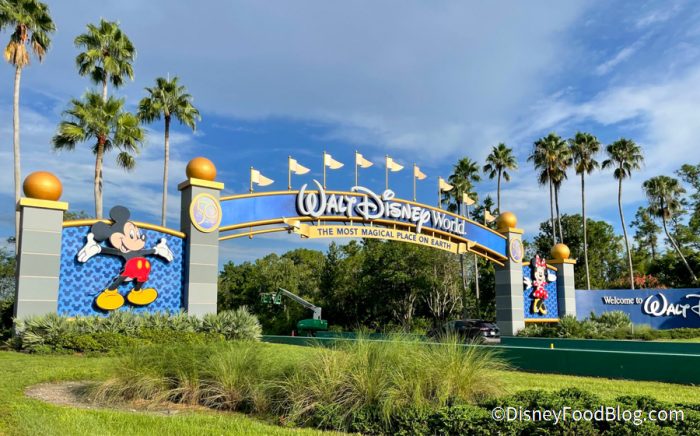 We tried a LOT of snacks, treats, and drinks on that day, but we’re still finding new ones for the occasion all around Disney World. You don’t even have to go into the parks to celebrate, though, because the latest treat we found was actually in Disney Springs!

Frontera Cocina has all kinds of authentic Mexican food like tacos, tortas, guacamole, and carnitas. 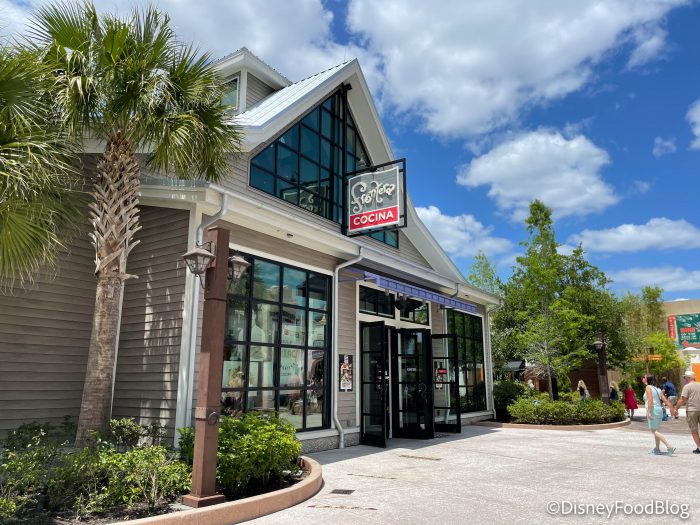 But none of that is what we’re here for today! This restaurant (headed by celebrity Chef Rick Bayless) also has a new 50th Anniversary treat called the Pigñata. 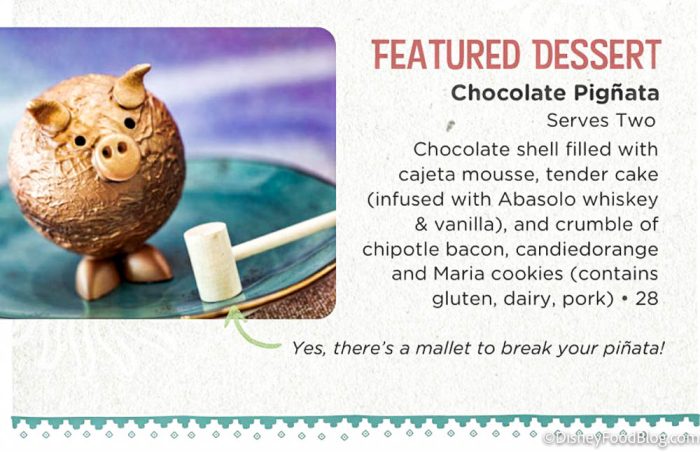 No, that’s not a typo — it’s a dessert piñata shaped like a pig! For $28, you can get a shareable pigñata, which is a chocolate shell filled with cajeta mousse, tender cake infused with Abasolo whiskey and vanilla, and a crumble made with chipotle bacon, candied orange, and Maria cookies.

The features on this big piggy are made with hard marshmallows coated in chocolate. 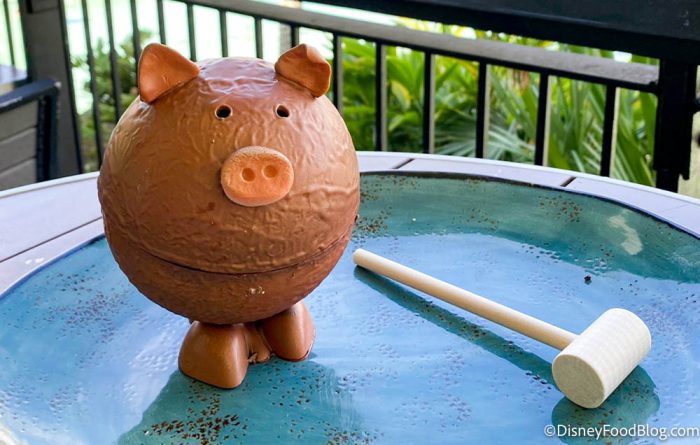 And the dessert even comes with a mallet that you can use to break open the pig! 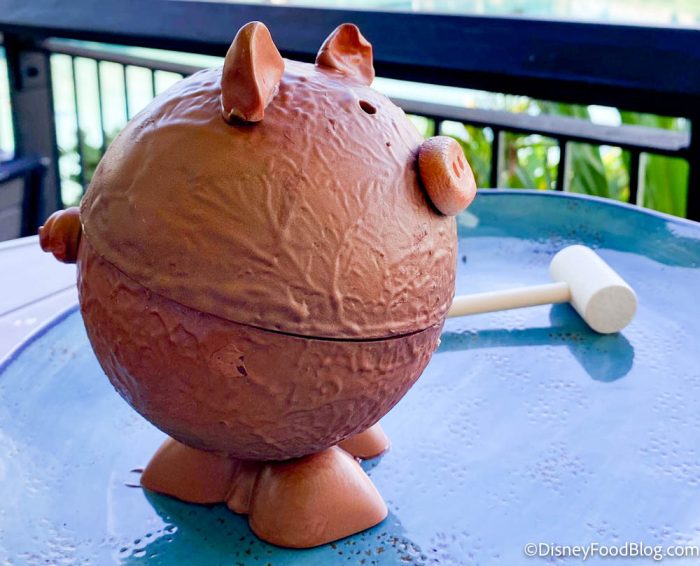 But it’s so darn cute that we almost don’t even want to break it open! Side note: It’s also VERY big. This dessert is definitely shareable, and we think it’d satisfy at least two people, probably more (especially if you’re not super hungry). 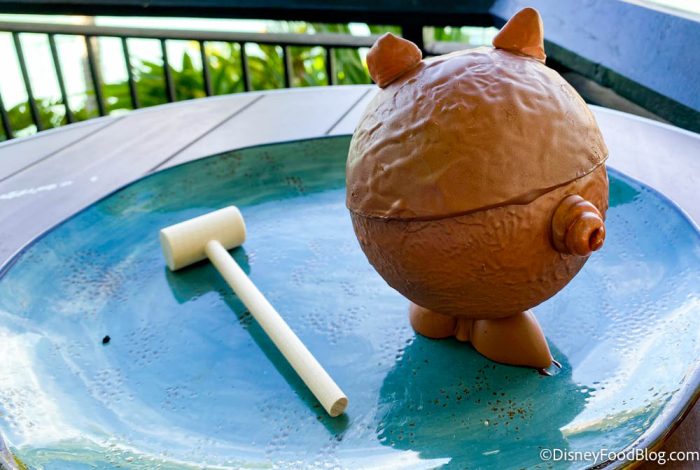 It’s even got a little tail

The filling is a moist yellow cake that has a slight (but not overpowering) whiskey flavor. The cake sits on top of the cajeta mousse, which tastes a little sour, kind of like sour cream and caramel together. 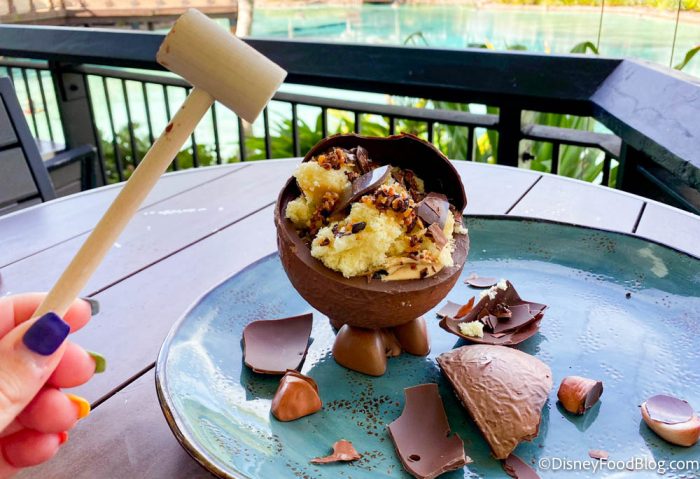 We broke it open!

The chipotle bacon crumble wasn’t the spicy flavor that we were expecting, but you could still taste that it was there. But we could hardly taste the candied orange, so we wish there was more of that to add more sweetness to this dessert. Between the whiskey flavor and the savory taste of the bacon, it was surprisingly not very sweet in general. 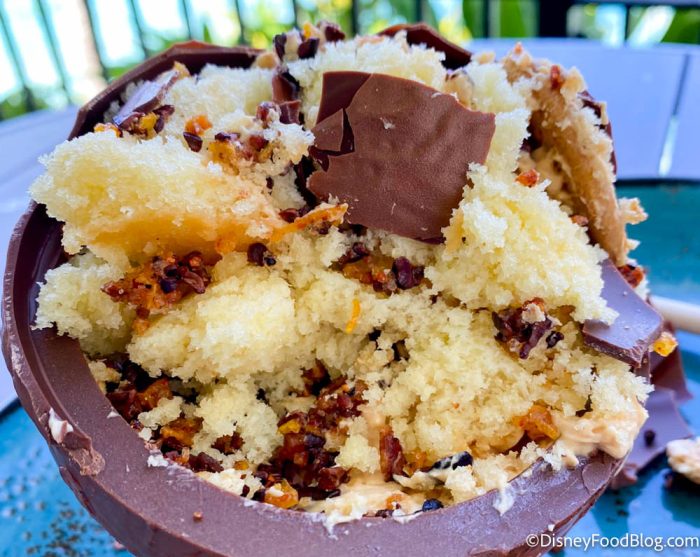 Have a look inside

We liked the crunch that came from the crumble, though. And the Maria cookies are like soft graham crackers with a bit of cinnamon flavor. They were a little mushy in ours, but they might be fresher if you don’t spend time taking tons of pictures and videos like we do before we eat. 🤣 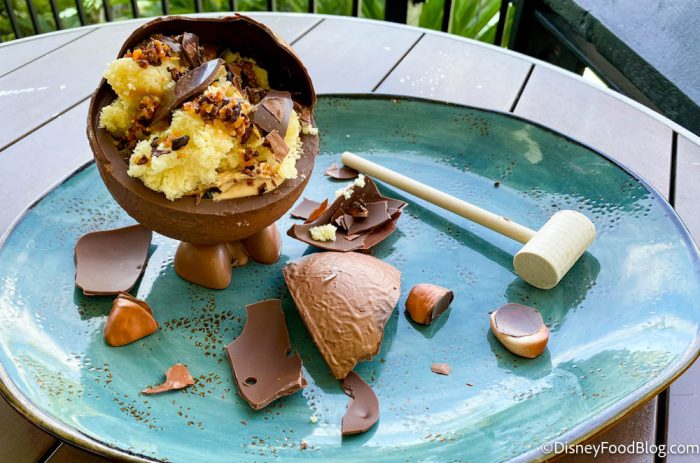 All of the flavors together were honestly not our favorite. The combinations were interesting, and we liked that the flavors were a little different, but the sourness from the mousse and bacon felt a little too strong for us. And the price seemed a little high as well — it is shareable, but $28 still seems pretty steep. 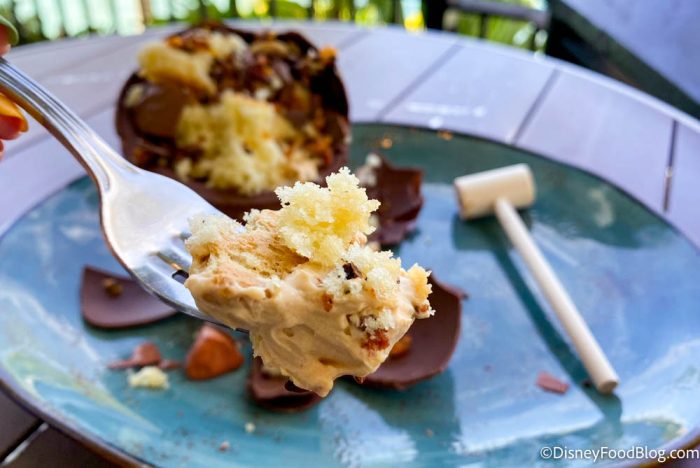 But we do think it’s a really fun dessert, and kids would love the interactivity of it! It kind of reminds us of the 50th Anniversary dessert over at another Mexican restaurant in Disney World. Remember the pyramid dessert at San Angel Inn at EPCOT? 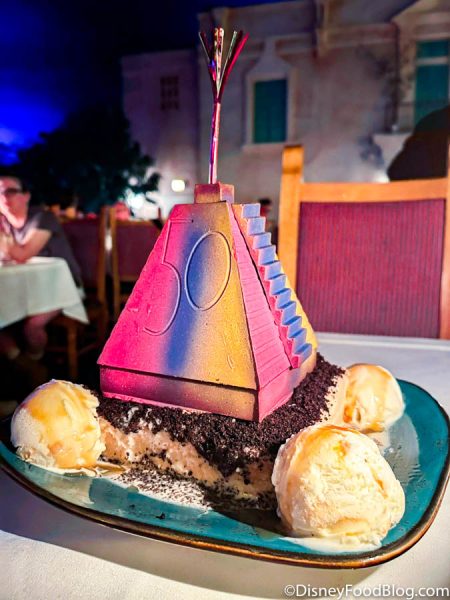 This is another dessert with a chocolate shell that you have to break open to find the mousse and other fillings inside! The pyramid was a lot harder to break open, though. It was a bit more expensive as well, at $34, but it could easily be shared between at least four people. 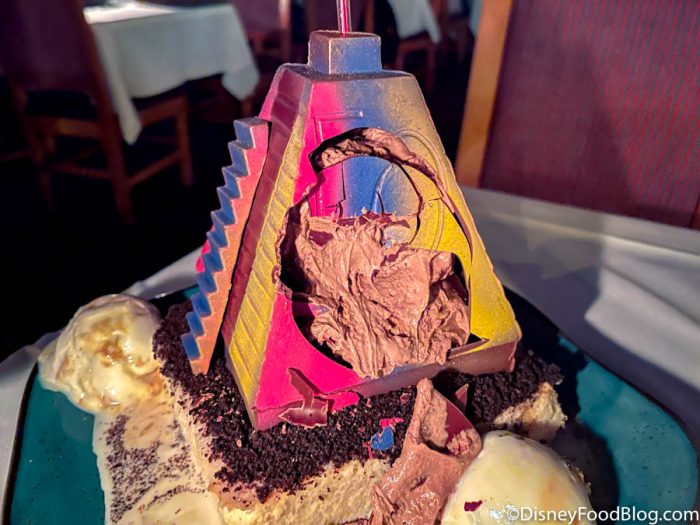 And we can also say that we preferred the filling (and cake…and ice cream…) in the pyramid dessert over the Pigñata. So if you have a park ticket to EPCOT, we recommend heading to the San Angel Inn instead. But the nice thing about the Pigñata is that you don’t need any tickets at all to get it — just head to Frontera Cocina in Disney Springs. 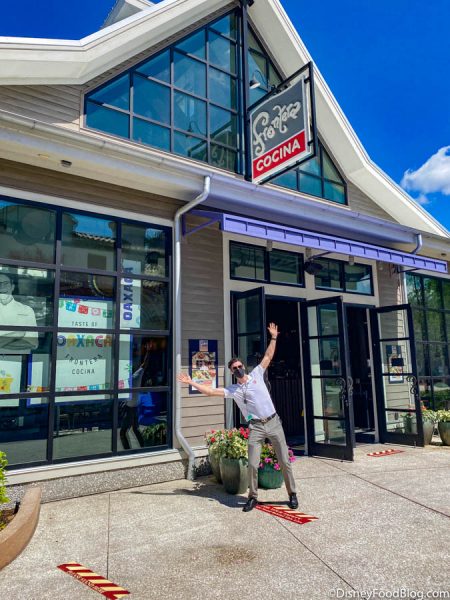 We’re not really sure why Disney World wants us to break open all our desserts now, but we have to admit that it’s more fun this way! Keep following DFB for more updates on the newest treats in Disney World.

What do you think: are you team Pigñata or team Pyramid? Let us know in the comments!

« PHOTOS: Get An INSIDE Look at the Overnight Holiday Transformation in Magic Kingdom
REVIEW: The ONE Fall Cupcake You NEED to Try in Disney’s Animal Kingdom »