Over the last year and a half, many people may have found themselves staying home more than usual. 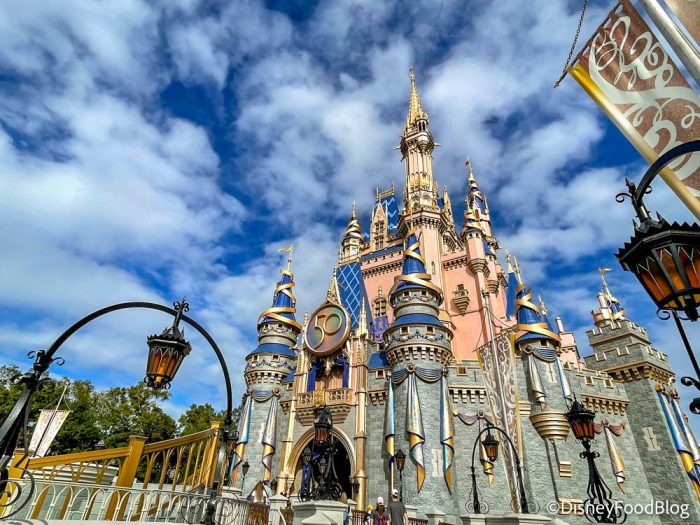 When Did You Last Visit Disney World?

From baking fresh bread to making some epic Disney arts and crafts pieces, there are lots of Disney-inspired ways to fill your time at home. Recently, lots of guests have returned to Disney World. But, if you won’t be heading to the Most Magical Place on Earth just yet, there’s still a way for you to visit Disney from home. Now you can visit the Magic Kingdom, ride attractions, and even go shopping without leaving the couch!

Disney has teamed up with Minecraft to build an entire virtual Magic Kingdom park that your Minecraft character can visit!

In celebration of Disney World’s 50th Anniversary, the Walt Disney World Magic Kingdom Adventure downloadable content pack is now available for purchase from the Minecraft Marketplace. Note, you’ll need to have the Minecraft game itself in order to play this. We found the Minecraft app itself on the Apple App Store for $6.99. You can also purchase Minecraft for your computer or other devices. 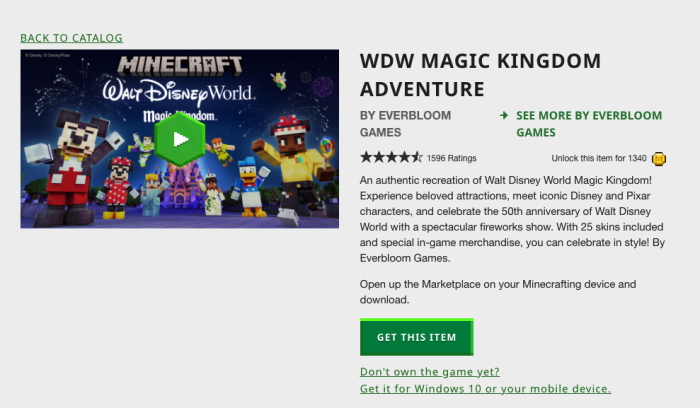 Once you’ve downloaded Minecraft and then downloaded the Magic Kingdom Adventure pack, you can have an entire theme park at your fingertips. 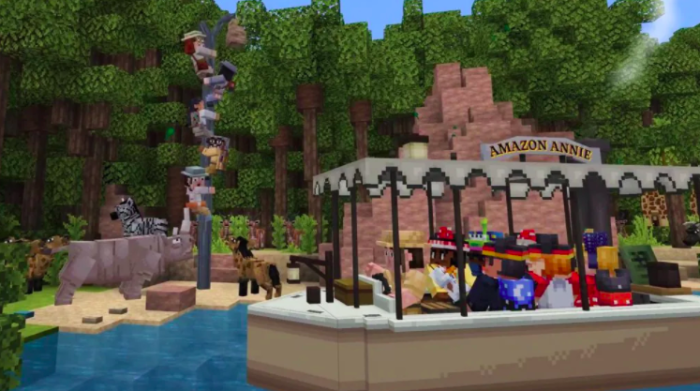 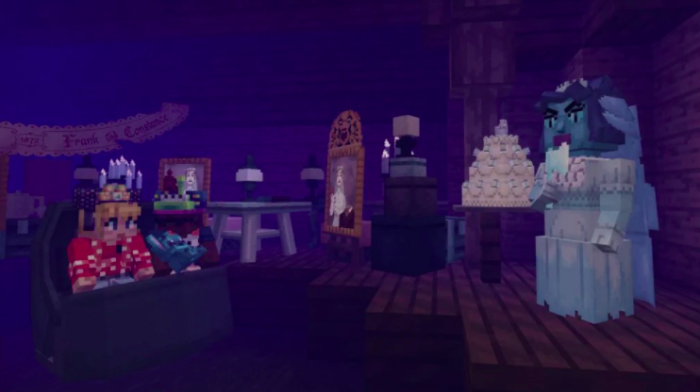 You can compete with other characters on Buzz Lightyear Space Ranger Spin, just like you do in real life! 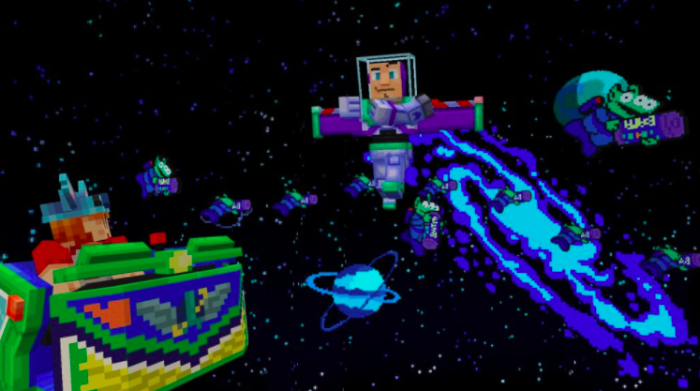 The six themed lands are all available to visit, including Adventureland, Frontierland, Fantasyland, Tomorrowland, Liberty Square, and Main Street, U.S.A. 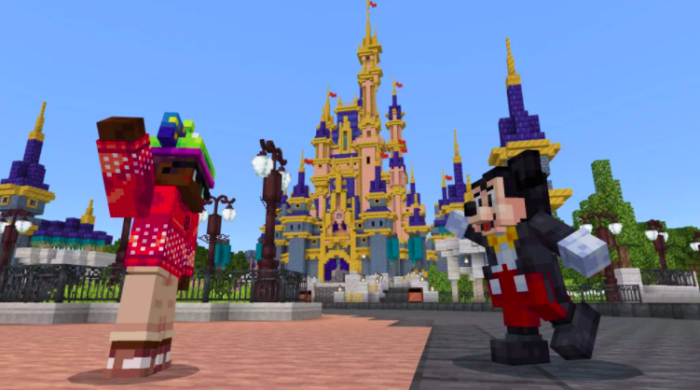 Your character can meet 25 different Disney and Pixar characters, and you can collect their autographs in a virtual book. You can even buy souvenirs in the game, like spirit jerseys and Mickey ears, plus you can get iconic snacks like DOLE Whips! 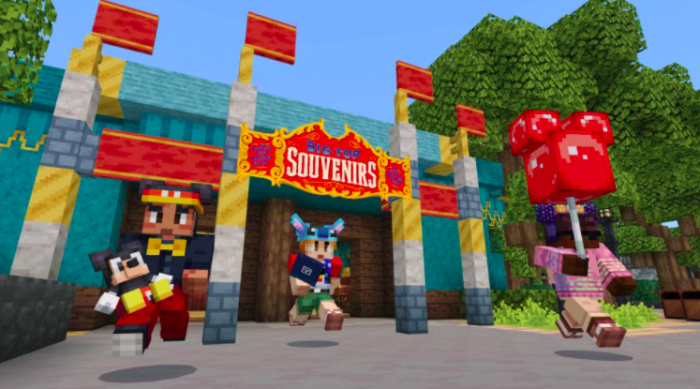 And don’t forget to stop by Cinderella Castle to catch the fireworks show at night! Head to the Minecraft Marketplace to get this downloadable content pack and bring the Most Magical Place on Earth into your house. 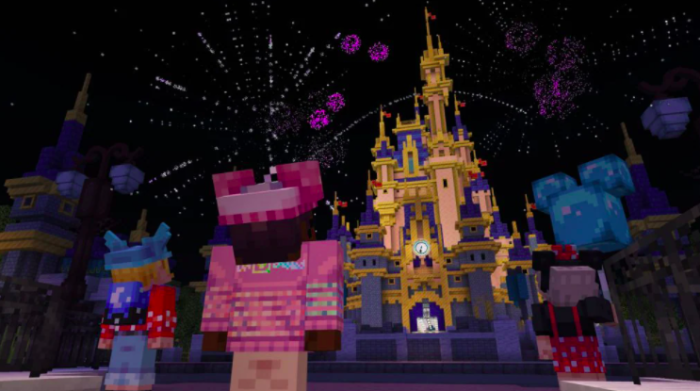 Where would you head first in the Minecraft Magic Kingdom? Let us know in the comments.

« 9 of the BEST Disney Deals on Amazon Right Now!
Showtimes ANNOUNCED for the Return of the Indiana Jones Epic Stunt Spectacular in Disney World »