Welcome to the 2022 EPCOT International Festival of the Arts! We’re exploring the delicious eats, cool art, and amazing performances of this year’s fest and bringing it all to our readers (that’s you!). 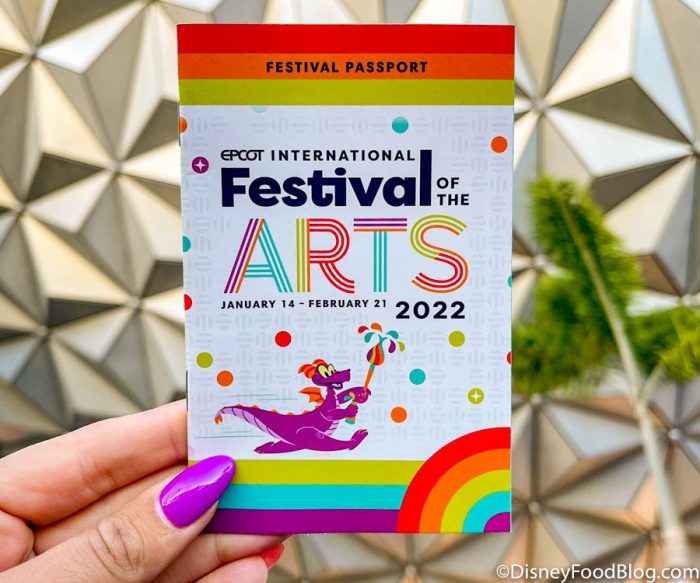 Today, we’re heading over to a BRAND NEW booth to see what it has to offer!

The Craftsman’s Courtyard is a new booth at Festival of the Arts featuring cast iron seafood (who doesn’t love a good cast iron skillet?). 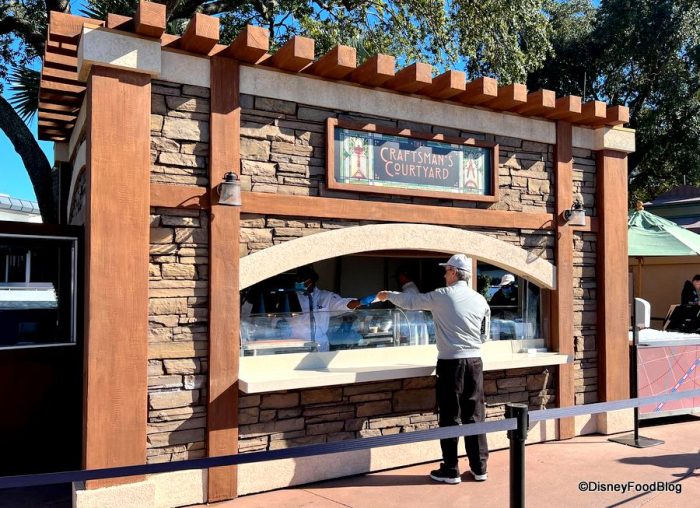 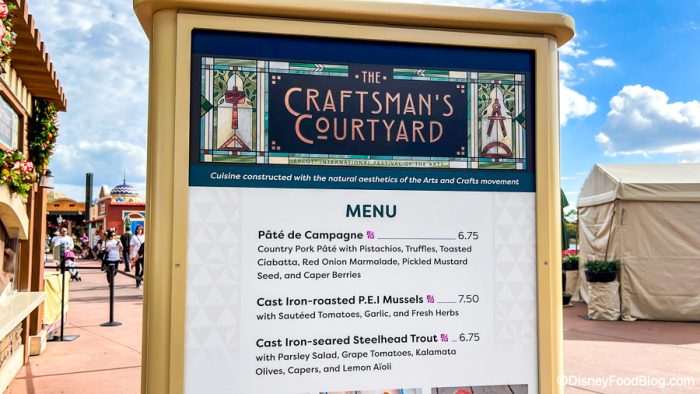 2022 Food Menu for The Craftsman’s Courtyard

…as well as quite a few drink offerings, including a new Wine Flight! 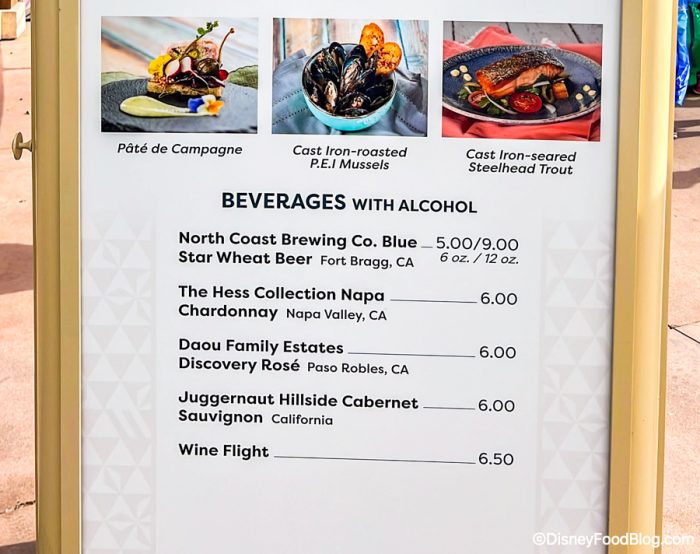 2022 Drink Menu for The Craftsman’s Courtyard

Now, ALL of the food here is new, because it’s a brand new booth, so we’re pumped to try everything! 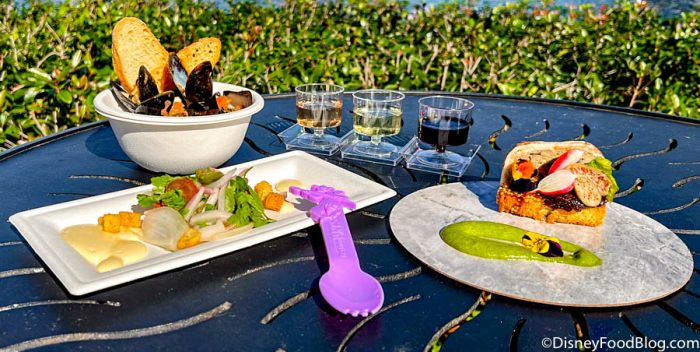 Let’s just take a moment for this beautiful spread (including a Figment spork you can grab here as well!). 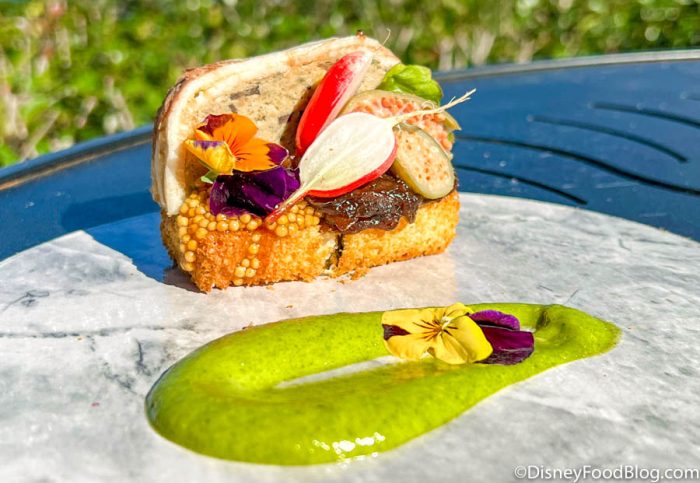 There’s so much going on!

The presentation of this one is *chef’s kiss*.

We really enjoyed this! The flavor was great and there were a lot of pickled mustard seeds served with the pâté, so we recommend spreading them around to get the flavor in every bite. 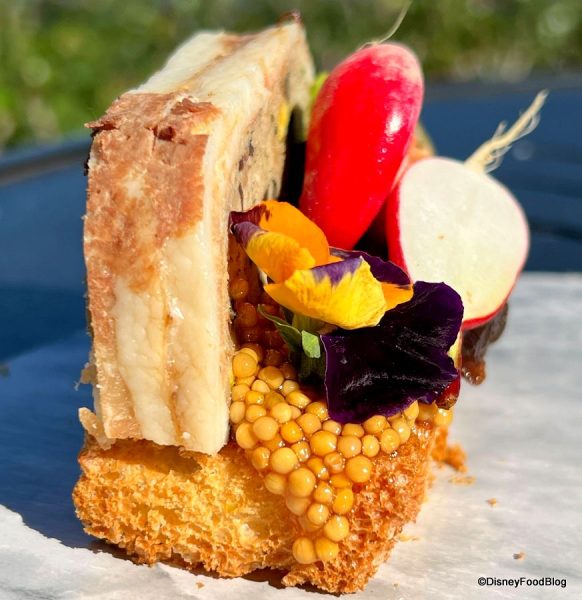 Closer look at those mustard seeds!

The onion marmalade was delightful and the caperberries added a great saltiness. You only taste the pistachio if you get a chunk of it in the pâté, so the flavor isn’t overwhelming. 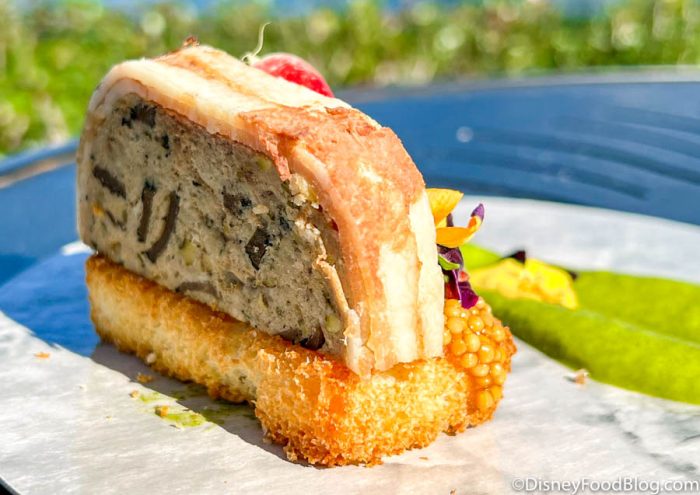 See the pistachios in there?

The fat on the outside of the pâté was a bit much for every bite, but eating it with every other bite was good! 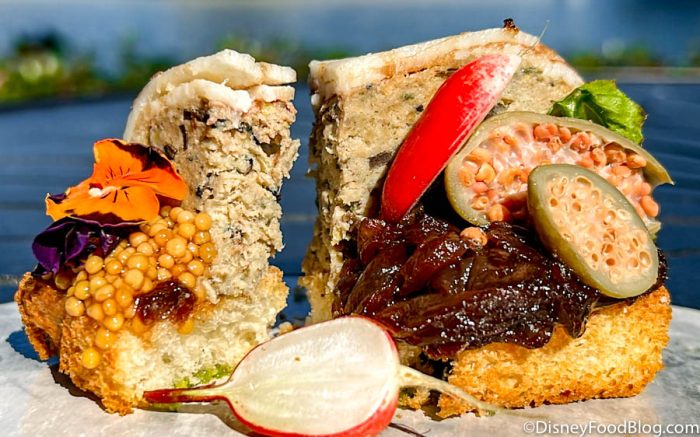 There’s a lot going on, but it works!

Next, we tried the the Cast Iron-roasted P.E.I. Mussels with Sautéed Tomatoes, Garlic, and Fresh Herbs for $7.50.

Mussels? At an EPCOT food festival? We love to see it!

These mussels were super tasty! They had a great garlic taste and you get a good amount of them for the price. The smoked flavor is also noticeable and we really enjoyed it!

The tomatoes and herbs also worked well with the mussels and had a delicious flavor. 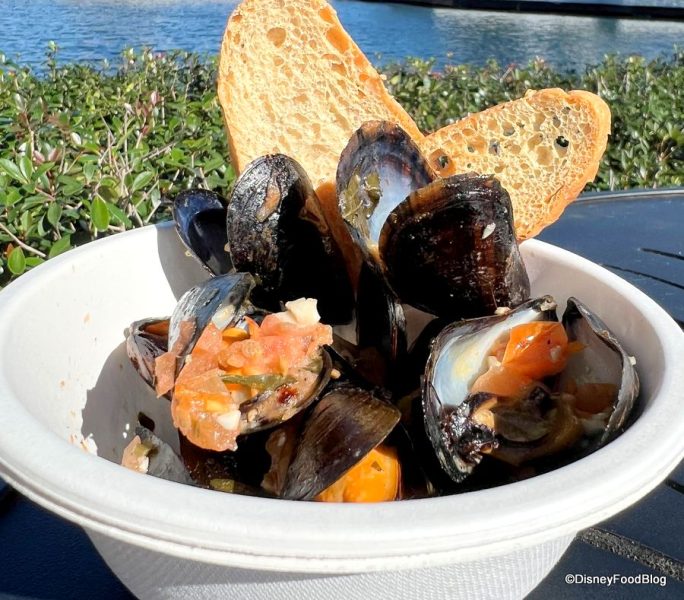 The toast points are exactly what they sound like, but they were very buttery and good. However, we don’t think you need them — the mussels hold their own!

Bread is nice, but not needed!

The other seafood offering at this booth is the Cast Iron-seared Steelhead Trout with Parsley Salad, Grape Tomatoes, Kalamata Olives, Capers, and Lemon Aïoli, which costs $6.75.

There was also a scattering of some croutons on the plate!

This fish was also a great item, it was very fresh and tasted similar to salmon!

The fish goes well with the creamy dressing, which has a tartness to it. The olives also go great with the trout, it gave it a little extra saltiness!

The onions had a surprisingly powerful flavor, but it complimented the fish nicely. 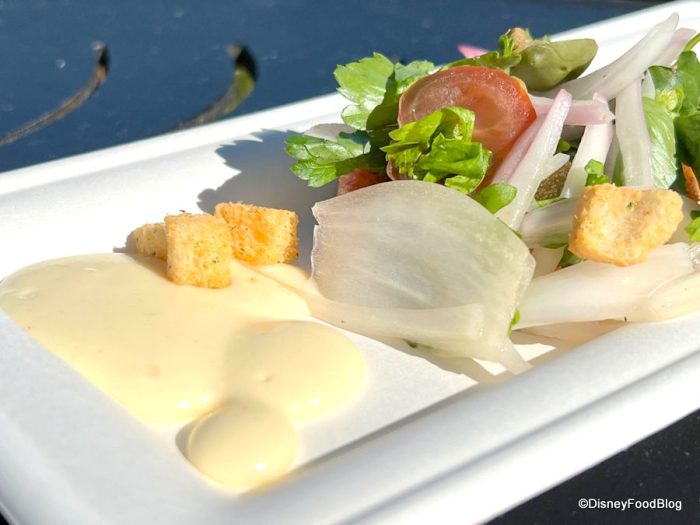 Now, let’s move on to drinks!

We had to get the wine flight over here! It includes the Hess Collection Napa Chardonnay, the Daou Family Estates Discovery Rosé, and the Juggernaut Hillside Cabernet Sauvignon. The entire flight is $6.50. 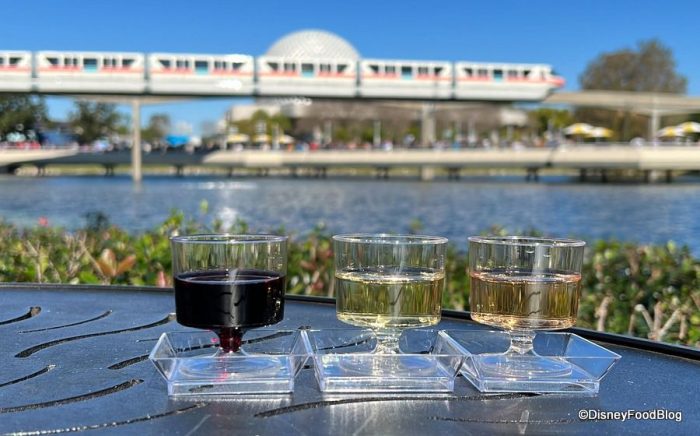 The red wine is not too tart and easy to sip on, while the white is slightly fruit, but not too dry. The rosé, was more fruity than the white, and was decently sweet. Out of the three, we liked the red the most! 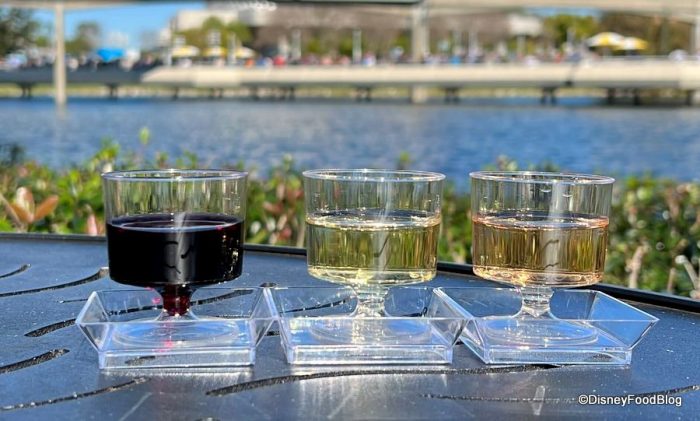 The red was the winner!

There is also a beer available at this booth — the Blue Star Wheat Beer from North Coast Brewing Co. You can get a 6 oz. pour for $5 or a 12 oz. pour for $9.

Overall, we enjoyed every single food item here, which is so cool for it being a brand new booth! Even if you’re not a huge seafood fan, we think you would enjoy these flavors because they’re very well done. And, for the prices, it’s a great value because these are pretty fancy foods! We’re excited that this booth has brought some more unique dishes to the festival, and, we love having another wine flight to sip on (duh)! Stay tuned to DFB as we bring you reviews from ALL of the booths at Festival of the Arts today.

What food do you want to try from this booth? Let us know in the comments!