Is it just us, or does food shaped like Mickey just taste better? 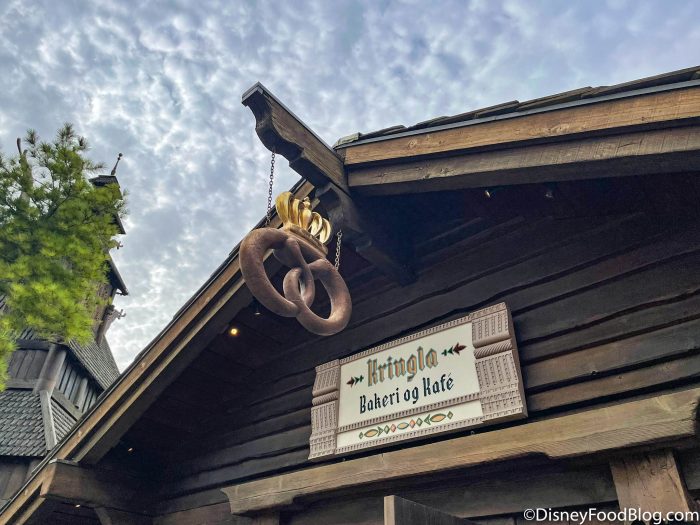 Like we can’t turn down Mickey pretzels, Mickey ice cream bars (even though we have to pay a little more for them now), Mickey waffles, or Mickey…well… ANYTHING. That includes Mickey Cinnamon Rolls! Speaking of which, we got our hands on one at EPCOT today!

We popped into Kringla Bakeri og Kafe in the Norway pavilion to see if there was anything new in the case and discovered that the Mickey Cinnamon Roll had returned there. When we checked on it earlier in the week, the cinnamon roll had been added to the menu, but it wasn’t available yet. However, it was available to try today! 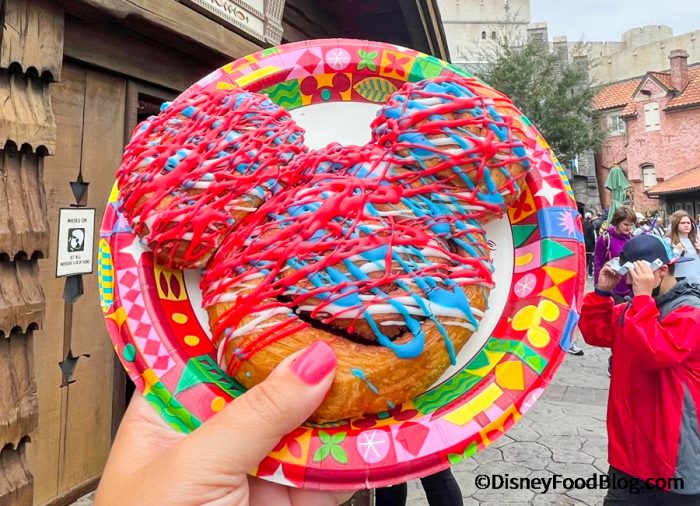 As you can see, this version of the Mickey Cinnamon Roll has loads of red, white, and blue icing! It wasn’t a soft icing, but was drier and harder than the frosting you might get on a cinnamon roll at Gaston’s Tavern. 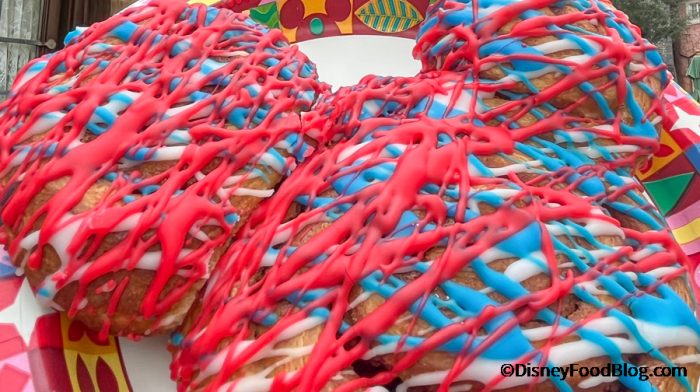 The texture was also a little different and it reminded us a lot of a croissant — it even had a buttery croissant flavor. But this texture did make it a little dry and crumbly — one of the ears fell off while we were getting photos of it (sorry, Mickey!). And although it had plenty of cinnamon in it, the cinnamon flavor wasn’t overwhelming. 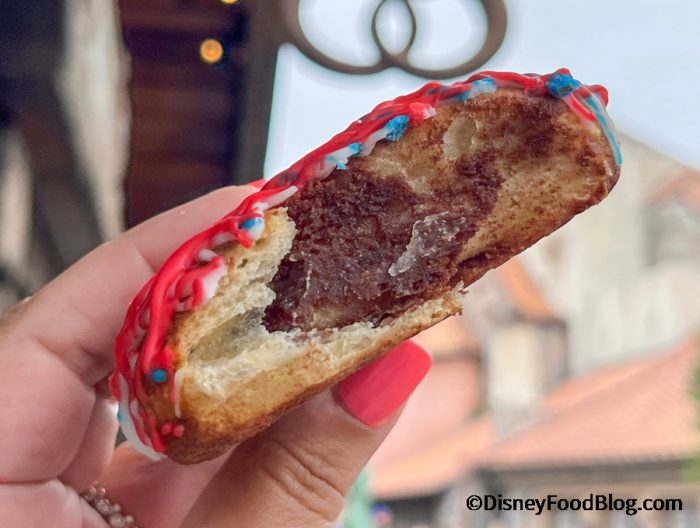 Kringla Bakeri used to have this epic Cinnamon Loaf that was super moist, served warm, and topped with pecans! We hope to see this at Kringla again in the future, but for now we’ll accept a solid Mickey cinnamon roll. 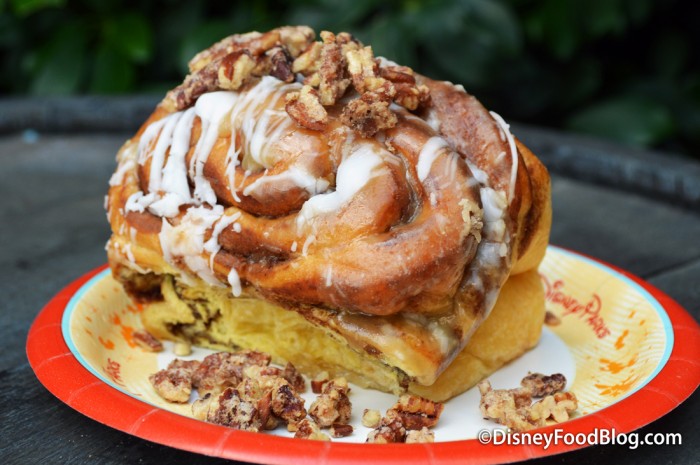 UPDATE! We went back to Kringla Bakeri Og and discovered that the Cinnamon Roll got a makeover less than a week after we first reviewed it. And well, it looks a LOT different now — gone is the weird red and blue icing, replaced with just standard white icing. And this time, the icing is a lot softer, so we’ll say this is an improvement. 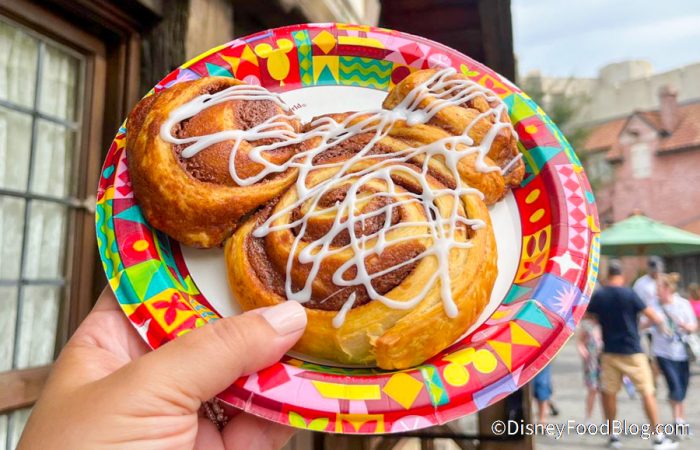 But that’s not the only difference — the texture is even different. Instead of a croissant like texture, it’s now more dense, making it more like other cinnamon rolls we’ve had at Disney World. 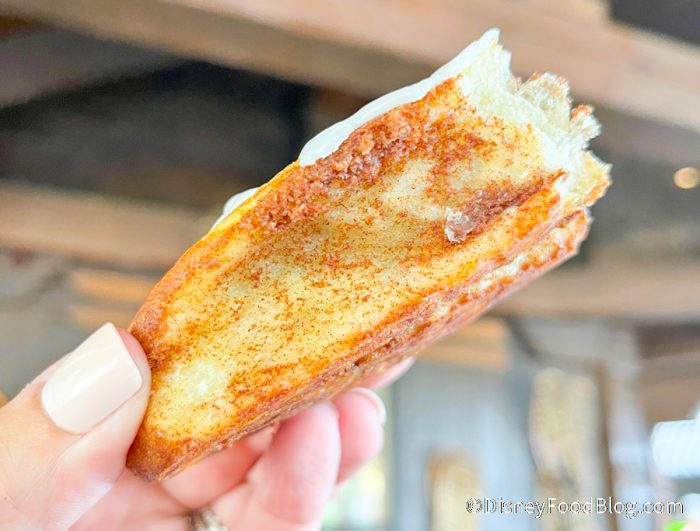 See? More like a dense cinnamon roll this time.

If you’d like to try one for yourself, you can grab it for $6.29. And hey, it’s nice to have another cinnamon roll option at Disney World, right?

We’ll continue to eat all the food at Disney World, so stay tuned for more reviews!

Have you had a chance to try this cinnamon roll yet? Let us know in the comments!