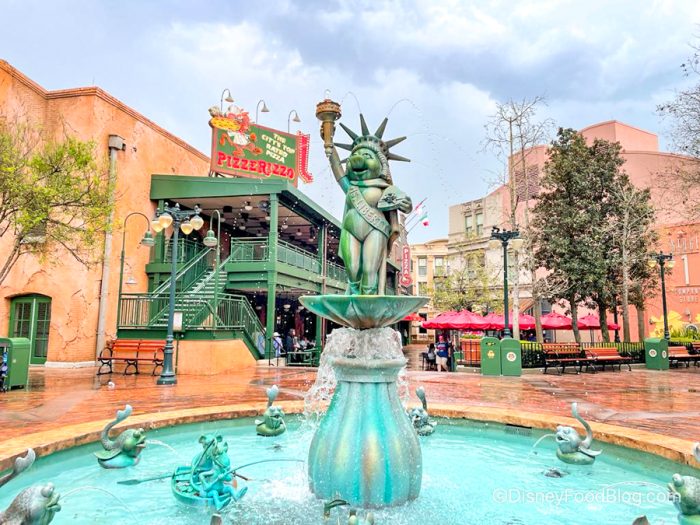 After a not-so-slow season, we’re right in the middle of the Spring Break crowds, and things can be pretty hectic at the parks. Disney is no stranger to shifting their park hours around, and the reservation system can be pretty overwhelming, so if you’re going to Disney World this week, this post is for you! We’re gonna break down when all of the parks are going to be open this week, and which parks still have open reservations!

Let’s get started with park hours!

Magic Kingdom is open from 9AM until 11PM every day this week, with Extended Evening Hours for select resort guests on the 29th from 11PM until 1AM!

The hours are the same for the 1st and 2nd of April! 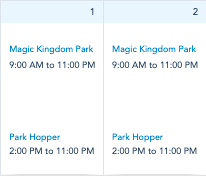 Let’s move on to EPCOT!

From March 27th through the 31st, EPCOT will be open from 8:30AM until 9AM with Extended Evening Hours until 11PM on the 28th. 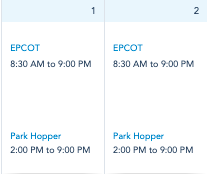 Disney’s Animal Kingdom will be open from 7:30AM until 8:30PM every day this week except for the 31st, when it will only be open until 7:30PM. 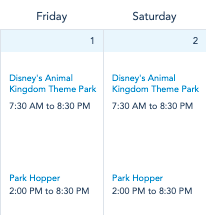 Last one, let’s check out the hours at Disney’s Hollywood Studios!

Hollywood Studios will be open from 8:30AM until 9PM from March 27th through the 31st.

The hours are the same on April 1st and 2nd! 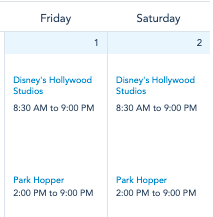 Those are all of the hours, so let’s move on to the reservations that are available!

Incredi Pass holders can make a reservation at any of the parks every day this week except for March 27th. All parks except for Animal Kingdom have reservations still available on the 27th. 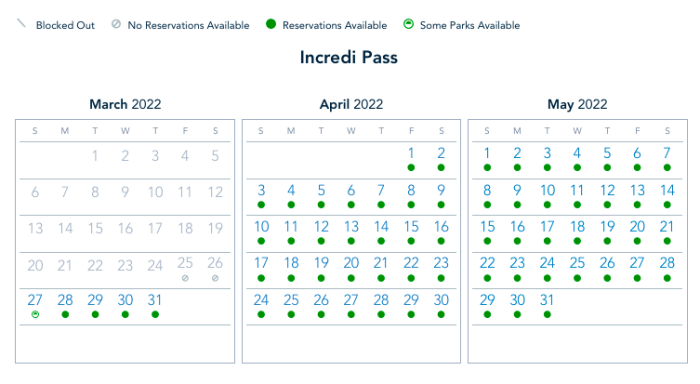 On to the Sorcerer Pass!

Just like Incredipass, the only day this week where all of the parks aren’t available is on March 27th. Animal Kingdom is s0ld out for Sorcerer Pass Holders on the 27th. 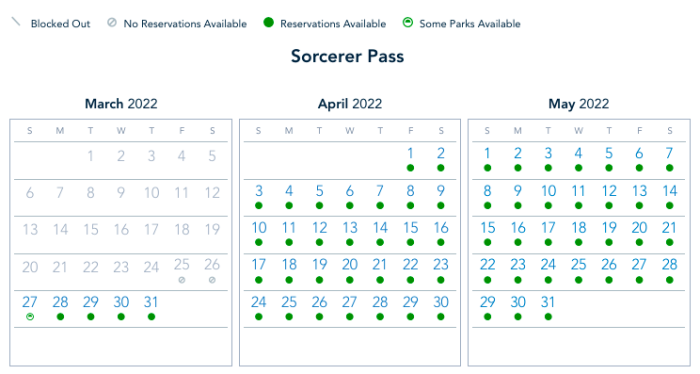 Next is Pirate Pass!

Just like Incredi Pass and Sorcerer Pass, there are no Animal Kingdom reservations available on March 27th. All parks are available every other day this week. 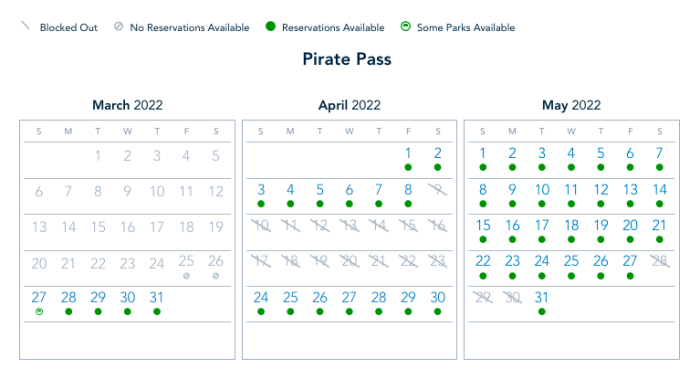 Pixie Dust Pass Holders are blocked out on March 27th and April 2nd, but can make reservations at any of the other parks on March 28th through April 1st. 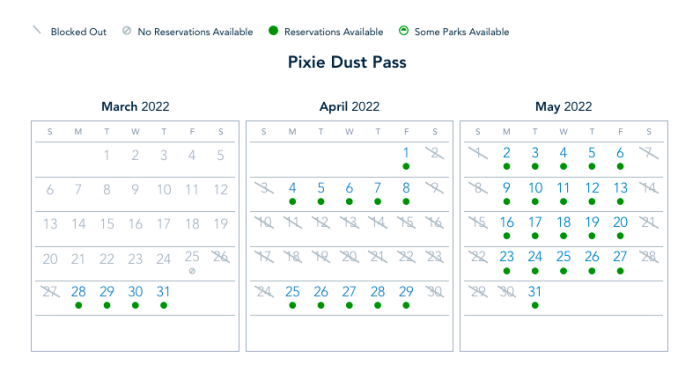 Now on to Theme Park Tickets!

The only park Theme Park Ticket Holders can make a reservation at on March 27th through 31st is EPCOT. 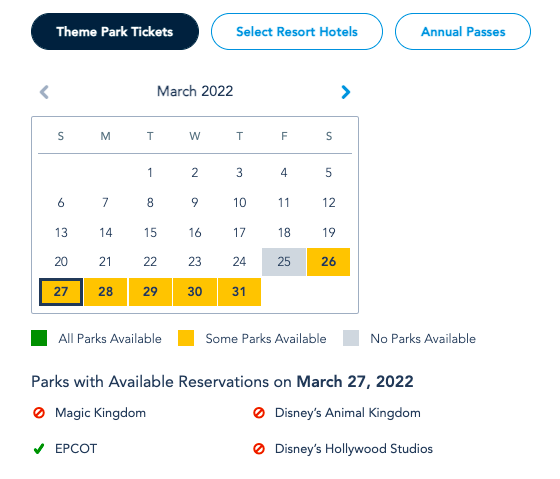 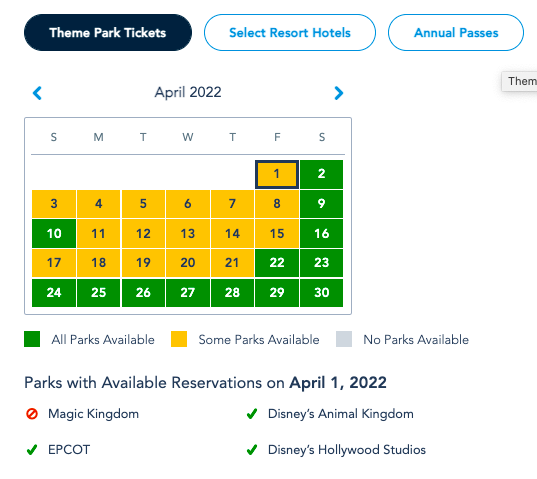 Select Resort Hotel Guests can only make reservations at EPCOT on March 27th through the 31st. 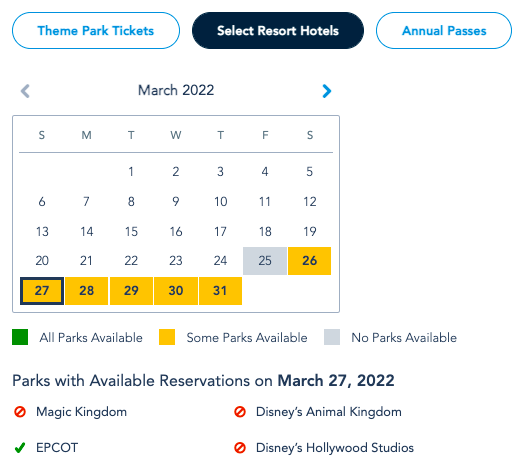 Those are all of your park pass and hour updates for this week! Stay tuned to DFB for all updates on all things Disney!

Click here to see 5 Changes to Prepare for on your next Disney World Trip!

Are you going to Disney World this week? Let us know in the comments!