There are so many series on Disney+ already, but a NEW one is on its way.

We previously heard about Iwájú — a first-of-its-kind science fiction series coming to Disney+, and now we’ve got more info!

For the first time EVER, Disney Animation Studios teamed up with a Pan-African entertainment company called Kugali to create Iwájú. The series is meant to focus on  African stories created by African artists.

The folks behind the series shared that it is a love letter to a city in Nigeria, and meant to show off what makes the city one of the most unique places on the planet.

The series is a coming-of-age story that follows a girl who is a young heiress from the wealthy island, and a poor boy from the mainland. Together, they struggle against a terrible threat to their lives. 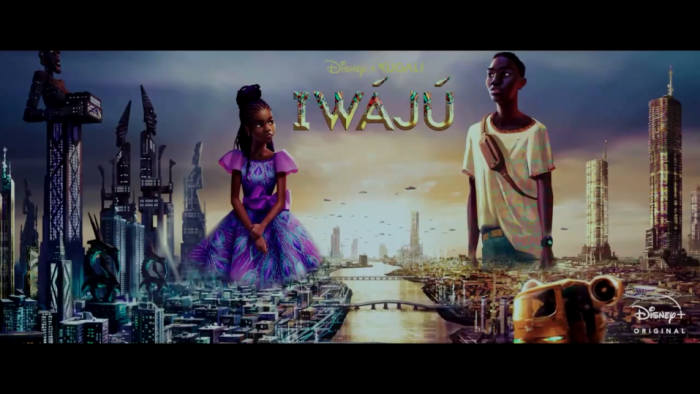 The team behind the series described the main female character as a persistent, stubborn, charismatic 10-year-old who is eager to explore the world around her. Her best friend is described as a self-taught tech expert who works hard to care for his mom. Another character we’ll spot in the series is a robotic pet lizard with protective scales and defensive weapons!

Our story gets complicated by the leader of an underground criminal empire. The main characters will find themselves caught between two opposing forces, and will have to see if they can show everyone what their world could be.

Check out a first look at the series below! It will be available on Disney+ in 2023. 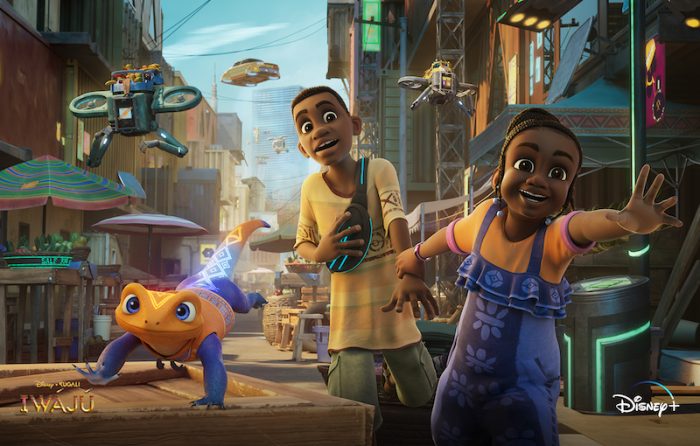 We can’t wait to learn more about the series. Stay tuned for more updates.

Click here for our full coverage of the D23 Expo!

Are you excited for this series? Tell us in the comments!

Disclosure: In nearly all circumstances, Disney Food Blog writers and photographers pay full price for their own travel, hotel, food, beverage, and event tickets. We do this because it’s important to us as journalists to ensure not only that we give you unbiased opinions, but also that you can trust us to do so since we’re paying our own way. On rare occasions, when we are invited by a company to attend a preview as media, and when we choose to accept that invitation, we will always make you, our readers, aware of that situation. We were invited by Disney to attend D23 Expo as media. Note that when we attend events as media we are 1) Not required to review that event/food on any of our channels, and 2) Not required to review that event/food favorably. You can always count on DFB to give you a 100% unbiased and honest review of any event that we attend, food that we eat, or beverage that we drink. You can see more in our Disclosure Policy. Thank you for reading. — AJ