You may have cruised on Disney Cruise Line’s newest ship — the Disney Wish — and maybe even tried another cruise or two, but a brand new ship might get you out on the water again! 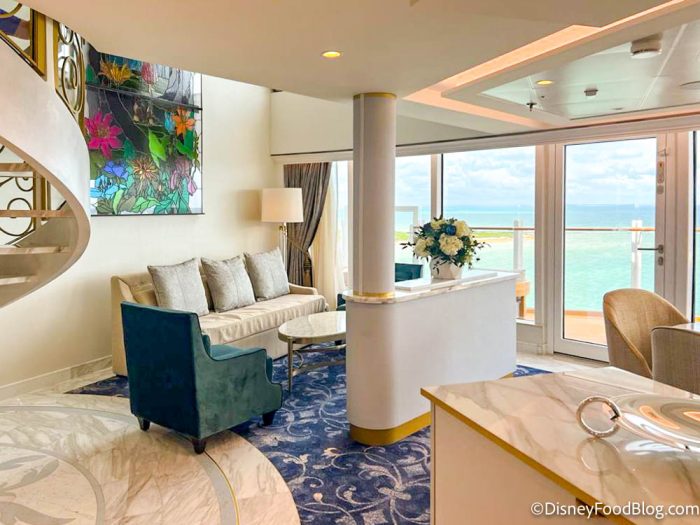 Royal Suite on the Disney Wish

A NEW cruise ship will soon take the title of being the LARGEST cruise ship in the world, and it’s got a LOT of stuff on board. Want a sneak peek? Wondering what new and exciting things this ship will feature? Let’s dive in!

Royal Caribbean International has shared a first look at its brand new upcoming ship — the Icon of the Seas! The ship will arrive in late 2023 but won’t debut until January of 2024. According to Royal, it will be the “travel industry’s first-of-its-kind combination of the best of every vacation.”

There will be a beach retreat and even theme park elements onboard! If you want to get booking, you can start to reserve your adventure on the Icon of the Seas on October 25th, on Royal Caribbean’s website (but Crown & Anchor loyalty members get access one day early).

According to the CEO of Royal Caribbean Group, “With Icon of the Seas, we’ve taken this to a new level and made the ultimate family vacation.”

The president and CEO of Royal Caribbean International shared, “We set out to create a vacation that makes all that possible in one place for the thrill-seekers, the chill enthusiasts and everyone in between, without compromise.”

So just what will this new ship have? Well, it’ll have the LARGEST waterpark at sea, as well as 40 NEW and returning options for dining, bars, and nightlife.

There will be 8 different little neighborhoods on the ship including 5 new ones:

There will also be some returning favorites and new takes on Royal Caribbean classics like mini golf, rock climbing, an ice arena, and SO much more.

And if it’s a special room you’re after, they’ll have that too! There will be new layouts for families of 3, 4, 5, or more. For example, there will be a Family Infinite Balcony and Surfside Family Suites. Plus, a three-story Ultimate Family Townhouse that comes with its own fence and mailbox!

And to top it all off, Icon of the Seas will be Royal Caribbean’s FIRST ship with “fuel cell technology and powered by liquefied natural gas (LNG), the cleanest-burning marine fuel.”

It’ll have 18 guest decks, over 2,000 staterooms, and over 2,000 crew! Plus there will be new staterooms for crew created by crew!

The Icon of the Seas will sail “year-round, 7-night Eastern and Western Caribbean vacations from Miami.” More details are set to be revealed in the next few months, so keep an eye out for more updates there.

For more cruise news, click here to see what to expect on a Halloween-themed Disney Cruise, and click here to learn about one way to permanently LIVE on a cruise ship!

Would you go on this new cruise ship? Tell us in the comments!