bluezoo, Todd English’s signature restaurant at the Dolphin Resort in Disney World, is well known and highly acclaimed for its seafood and innovative menu items. 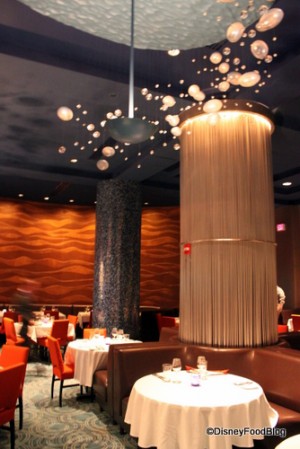 The restaurant has won several awards, including the AAA Four Diamond award.

While this isn’t a spot for cheap eats, it’s a good choice for special events or celebrations, especially if they’re for grown-ups.

Renowned for his unique style and ability to entertain, Celebrity Chef Todd English combines the freshest seafood with coastal cuisines from around the world.