Please Note: Fulton’s Crab House closed in April 2016 to make way for a new dining experience. The location reopened as Paddlefish in February 2017. 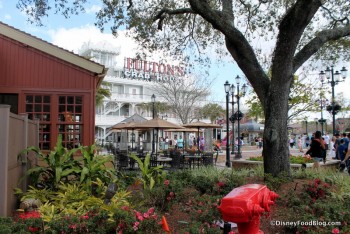 The jewel of Village Lake in Disney Springs — and likely the place everyone will want to eat once they see it — is Fulton’s Crab House. Located on a huge replica of a riverboat purchased by Walt Disney for his wife Lilly, Fulton’s Crab House serves seafood and also has several lovely lounge areas to enjoy a classic or creative cocktail.

Location: The Landing at Disney Springs

The menus here have a seafood focus, but there will always be something for everyone.