50th Anniversary decorations are all over the place in Disney World right now. 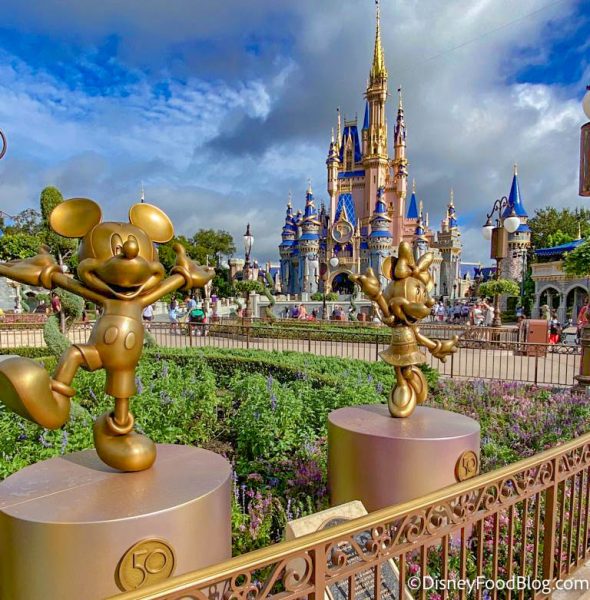 We’ve seen lots of golden character statues, banners in all of the parks, signs at the entrance to Disney World, and even new Cinderella Coach pumpkins taking over Main Street, U.S.A. It’s practically impossible to ignore the big celebrations that are starting October 1st. But Disney’s newest 50th Anniversary decorations aren’t in the parks at all! In fact, they’re not even on Disney World property.