The start of Disney World’s 50th Anniversary celebrations is just a few weeks away! 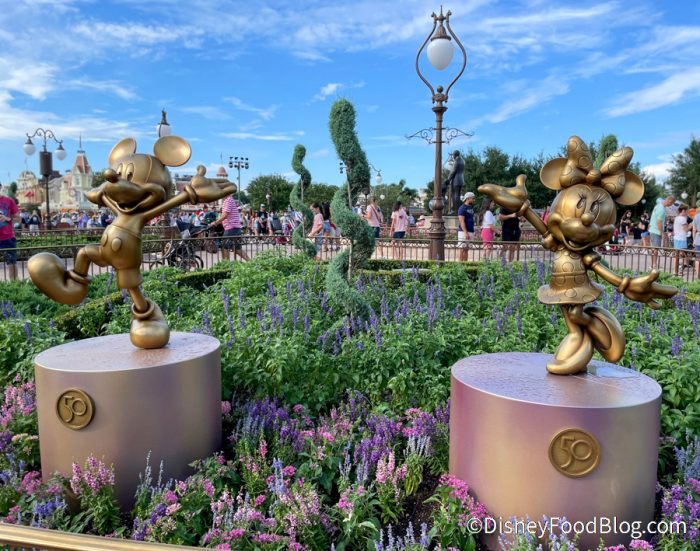 We’ve already seen some of the 50th anniversary character statues in the park, gotten a glimpse at the special lighting coming to Spaceship Earth, and even heard some of the music for EPCOT’s new fireworks show. Today, we spotted more 50th anniversary decor on one of Disney World’s signature forms of transportation!