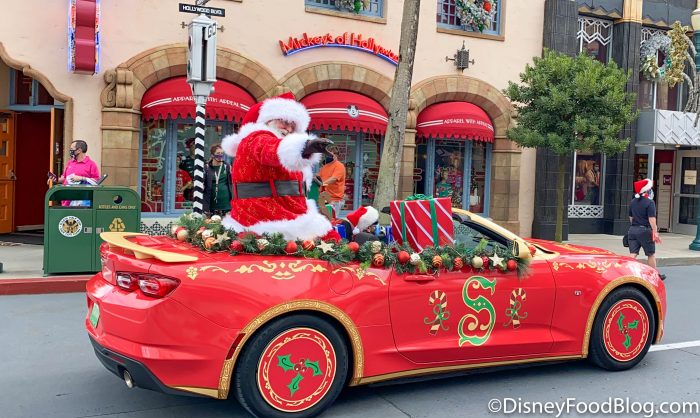 We’ve seen Santa Claus already in Magic Kingdom, Hollywood Studios, and Animal Kingdom this holiday season. We were told that he would also be visiting Disney Springs, but we hadn’t seen him in person…until TODAY!