If you’ve been to Galaxy’s Edge, you’ll know that the Millennium Falcon: Smugglers Run is a pretty stellar attraction at the Disney Parks.

But, you don’t have to go all the way to Disneyland or Disney World to blast off on the greatest hunk of junk in the galaxy! Now, you can find the Millennium Falcon in your local grocery stores at home (wait, whaaat?).

Nestlé and Disney have paired together to create the (cue the Star Wars theme) MILLENNIUM FALCON ICE CREAM SANDWICHES! 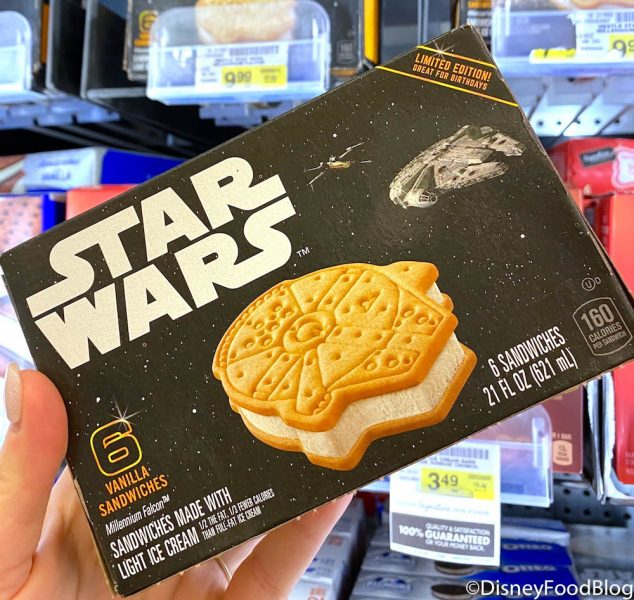 The boxes come with 6 individual ice cream sandwiches made with light ice cream! So, that means they’re a guilt-free treat that’s only 160 calories! (The Force is strong with them.) 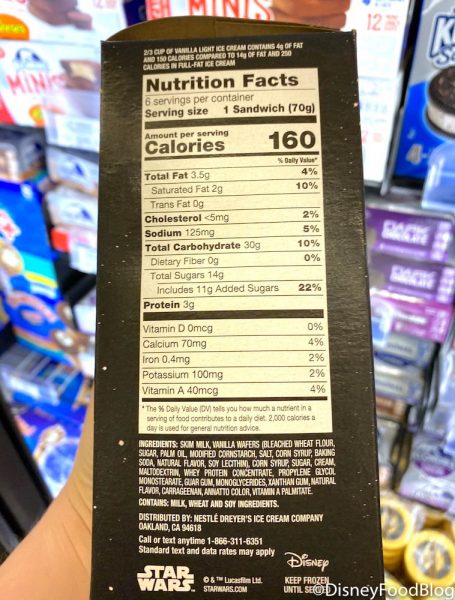 While they might be on the smaller side, the Millennium Falcon Ice Cream Sandwiches remind us of soft vanilla Oreos with sweet vanilla ice cream! So, um, super yummy obvi. 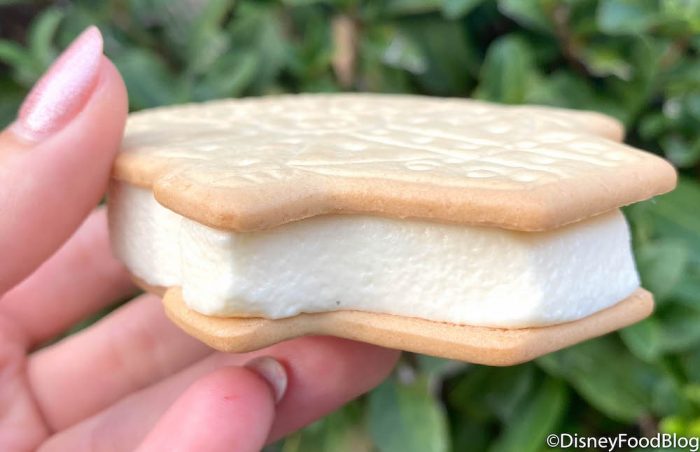 Even though the treats are tasty, the detail on the sandwiches have us HOOKED. Just look at all the lil panels and knobs! 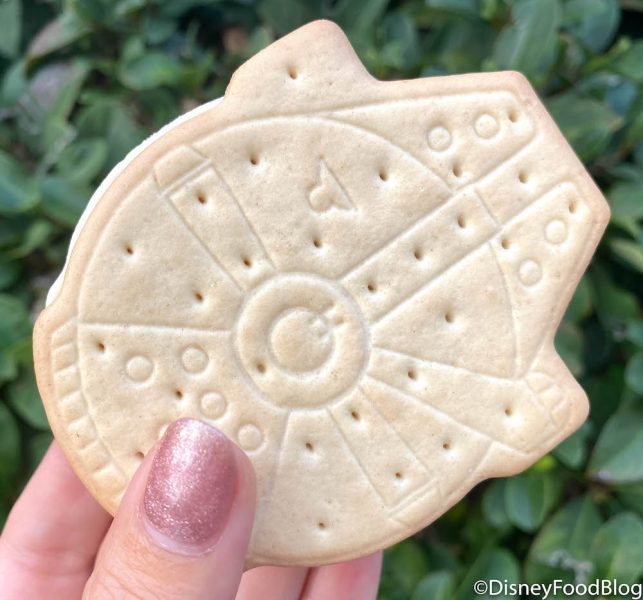 Look at All That Out-of-This-World Detail

You can find the Millennium Falcon Ice Cream Sandwiches in the ice cream aisle in grocery stores like Publix and Tom Thumb. 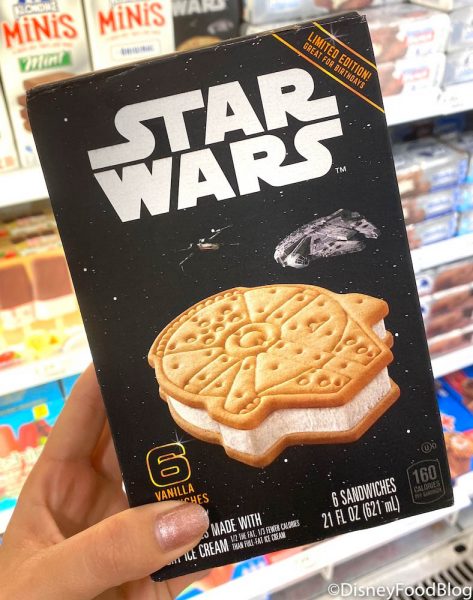 Oh, and maybe you can head over to Starbucks to grab the Baby Yoda Frappuccino or the Chewbacca Frappuccino while you’re at it! Try these new treats out and let us know what you think!

Have you spotted the Millennium Falcon Ice Cream Sandwiches in your local grocery store? Let us know where so we can spread the news!

« Review! Cue the Star Wars Theme ‘Cause We Know How to Order the Secret Menu Chewbacca Frappuccino!
The Upcoming Disney World Restaurants You NEED to Know About! »